Tesla managed to grab headlines across the globe after revealing its upcoming second-generation Roadster model which is scheduled for a launch in 2020. Dubbed as the fastest production car in the world by Tesla’s CEO Elon Musk, the new Roadster throws shade at modern day hypercars with its unbelievable performance figures. With a 0-60mph time of 1.9 seconds and the ability to do the quarter mile sprint in 8.8 seconds, it’s faster than some of the fastest purpose built drag racers. Just to give you a hint of how incredibly fast the Tesla Roadster is going to be, lets stack ﻿up the world-beating numbers against that of the king of the hypercars – the Bugatti Chiron. 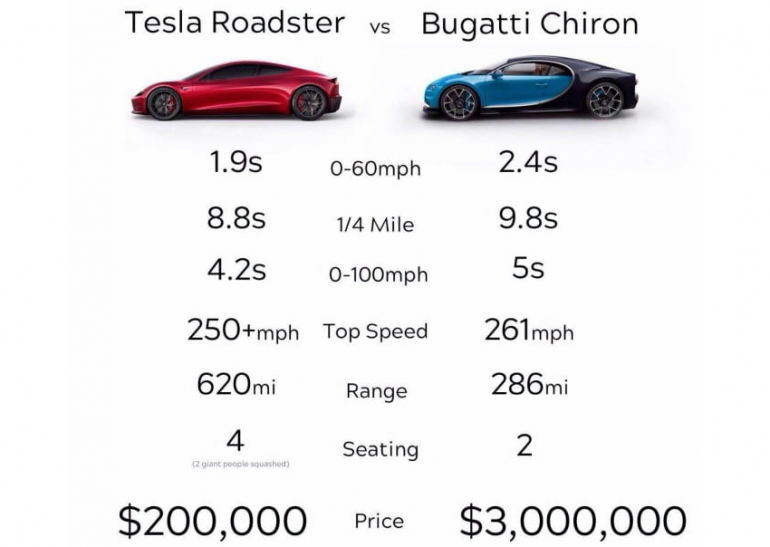 The side-by-side comparison between the two ultra-fast cars purely in term of performance numbers gives us a fair idea of which of the two will come up on top if they go head-to-head in a drag race. The only instance where the Roadster lags behind is in the top speed category – but one needs to remember that the Roadster is just a prototype without a definitive top speed while the Chiron is yet to register its top speed officially. I can’t wait for the Roadster to come out because it sure looks like a winner that can potentially change the performance car industry.