Porsche has introduced a souped-up version of its flagship SUV that is fitted with the most powerful V8 engine ever made by the German automaker. Meet the 2022 Porsche Cayenne Turbo GT, a super-SUV that has 631 horsepower on tap and can accelerate to 60mph from a dead stop faster than most sports cars money can buy. Limited to just the coupe body style, the newest variant of Cayenne joins Porsche’s long list of performance-oriented GT-badged cars which include the likes of the 911 GT3 and Cayman GT4. 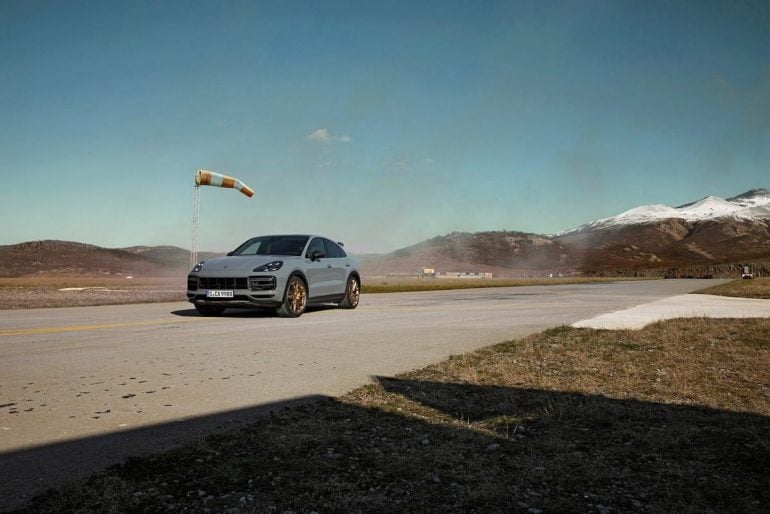 Styling elements that help differentiate the track-focused Porsche Cayenne Turbo GT from the rest of the line-up wider air intakes at the front with a revised front fascia and a carbon-fiber rear diffuser. To shave off weight, Porsche has equipped the GT version with a carbon-fiber roof. To effectively put down the added power onto the tarmac, the Turbo GT variant gets an upper rear wing with carbon fiber side plates and an adaptive rear spoiler with a Gurney flap twice the size of the one found on the standard Cayenne Turbo Coupe. The Cayenne Turbo GT seen here in the pictures is finished in a brand new shade called Arctic Grey, which is beautifully complemented with champagne-gold-colored 22-wheels with a petal design. 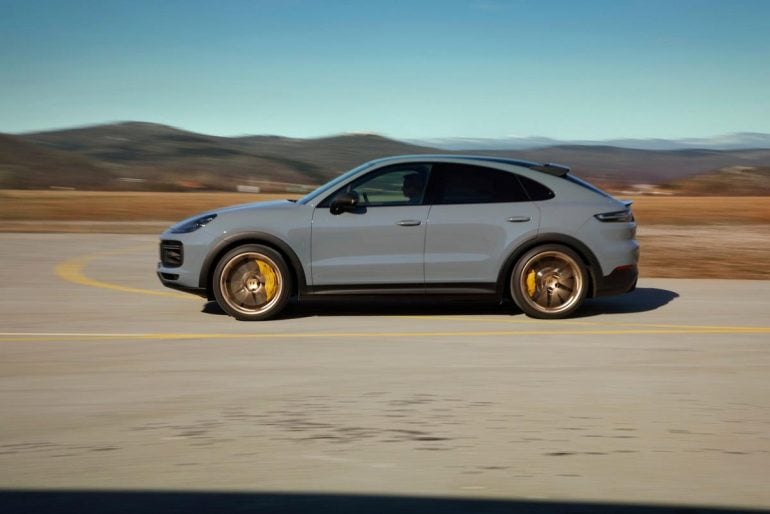 On the inside, the Turbo GT’s cabin has a sportier cabin that sets it apart from the regular variants. The eight-way sport front seats and two sports rear seats have Turbo GT–specific Alcantara inserts along with ‘Turbo GT’ embroidered on the headrests. The interior can be ordered with either bronze or Arctic Grey stitching, while the Alcantara-wrapped steering wheel also features a yellow marker line at the top center. The sporty SUV is the first one to feature Porsche’s new infotainment system which now also gets Android Auto integration. 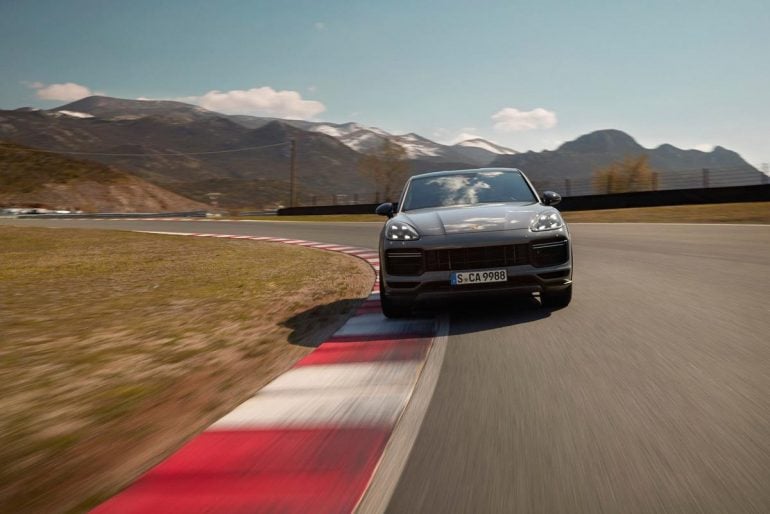 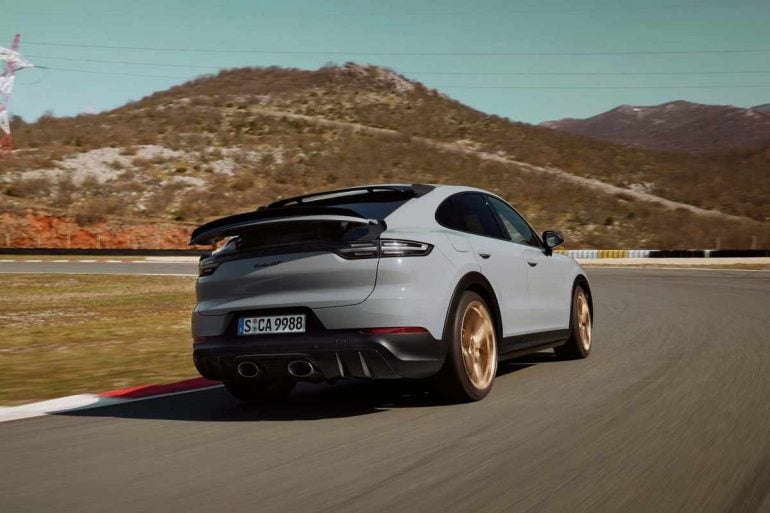 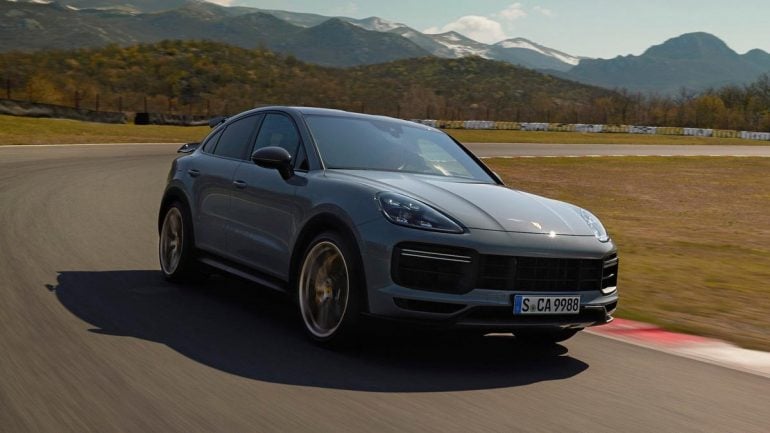 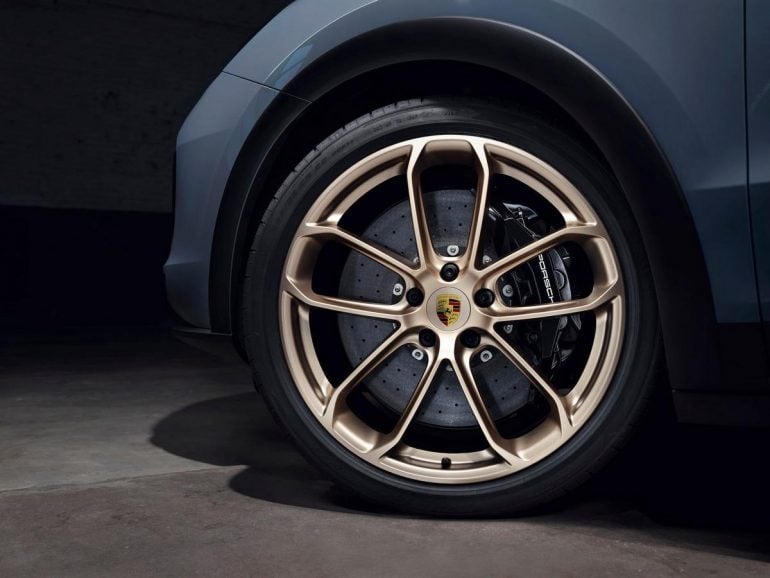 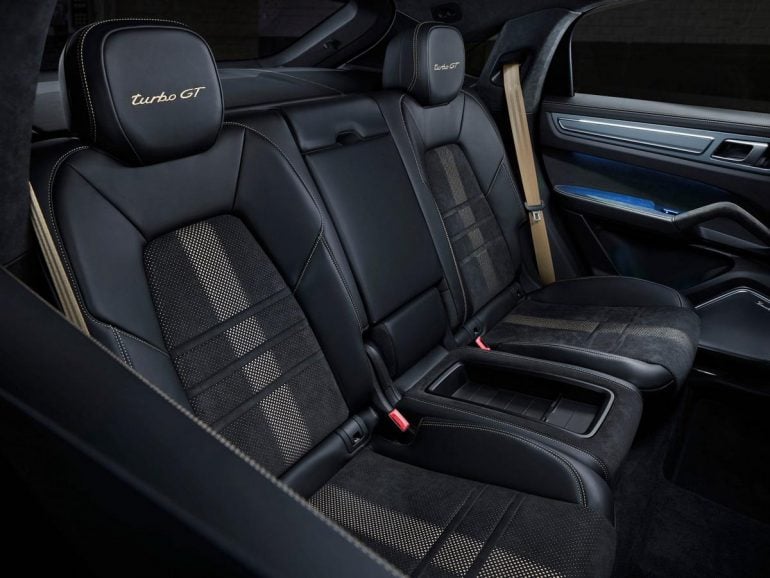 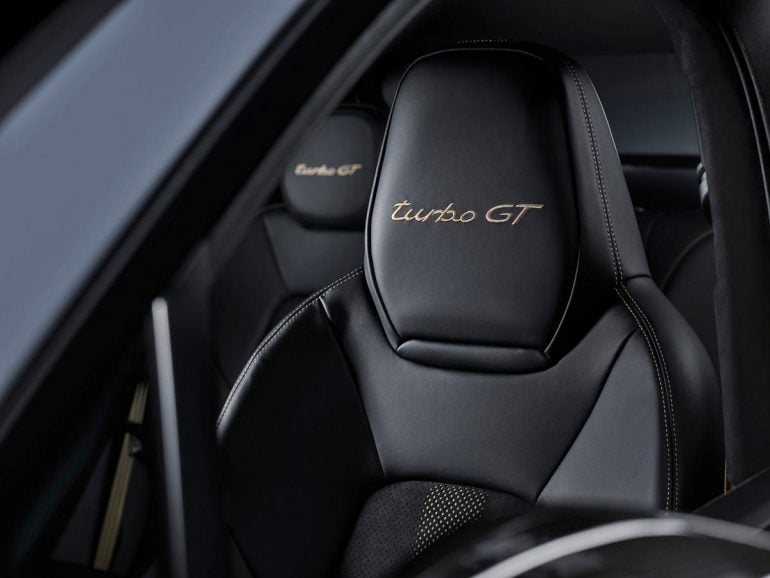 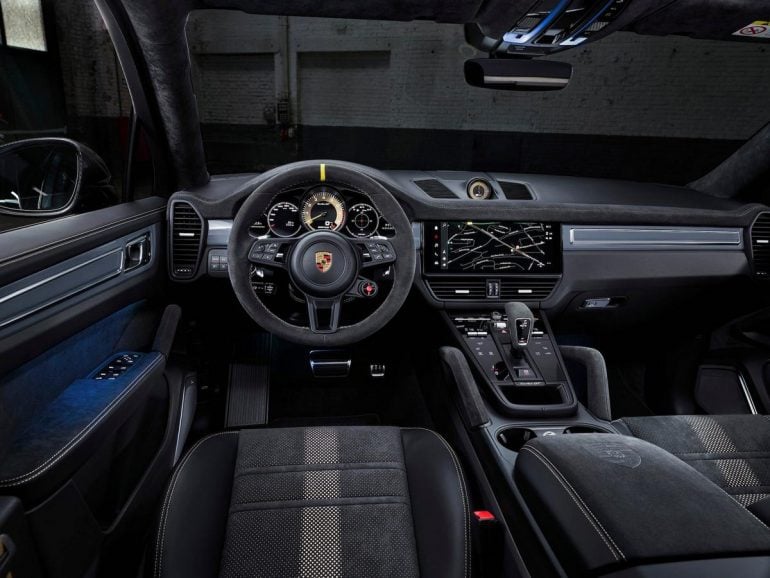 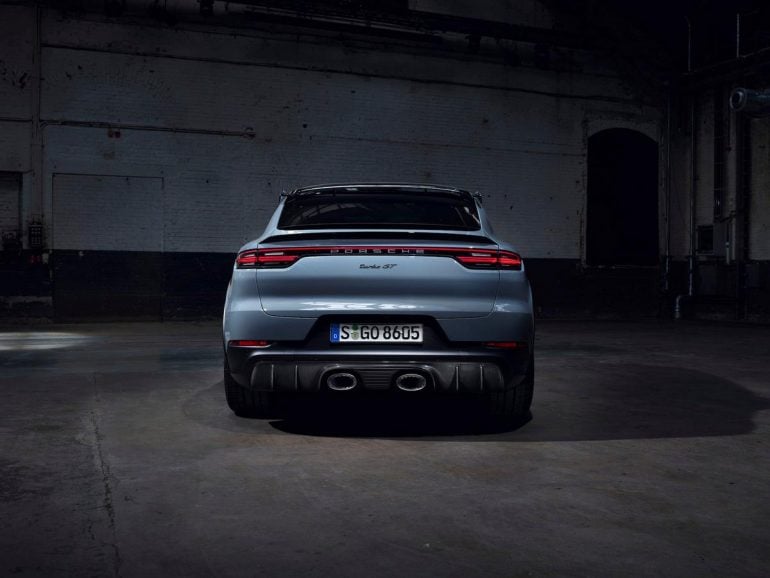 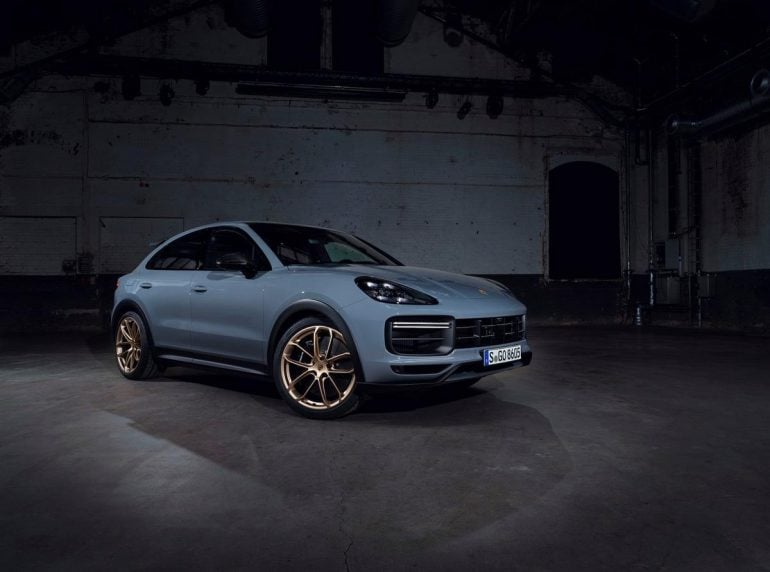 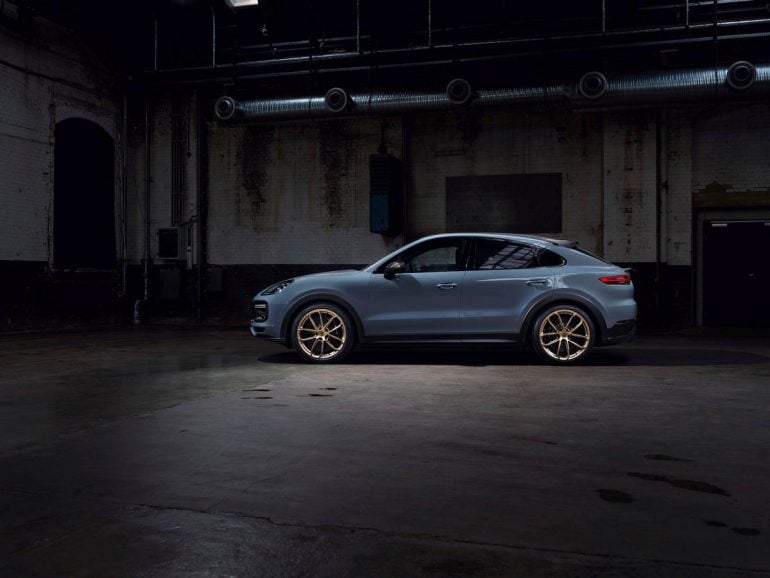 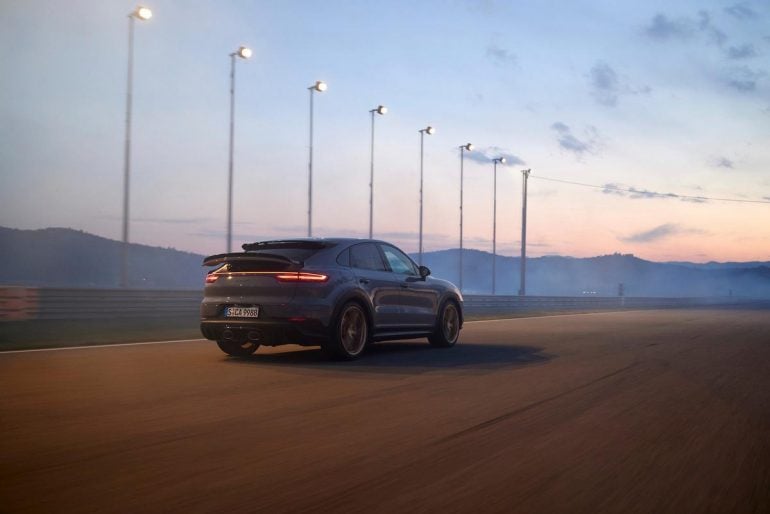 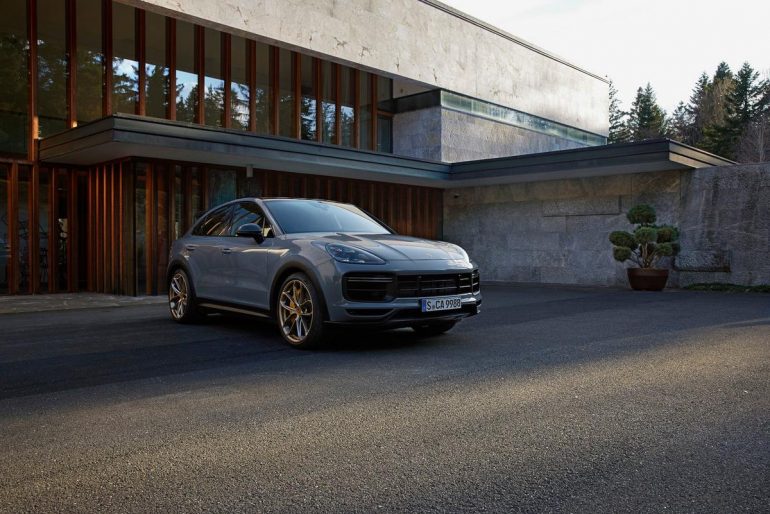