Decided to gift yourself a Porsche 911 this Christmas this year? Great! The Porsche fan in me vehemently approves of your incredible choice. But let me warn you unless you are a complete 911-nerd like myself the sheer number of versions available of the iconic German sports car will leave you baffled. To be precise, there are 24 different versions of the 911 on sale currently, excluding the special limited editions, that can even get some of the most passionate petrolheads scratching their head. However, worry not. Porsche has realized this problem and has come up with a dedicated YouTube video on its official channel that explains the 911’s entire line-up. 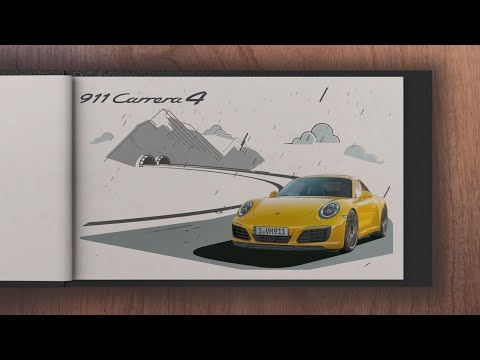 So, basically the 911 portfolio can be broadly classified into three families – Carrera, Turbo and GT cars. Although all the 911 sports cars might look the same to the untrained eye, they are very different in nature. The range starts with Carrera models, which are designed be for everyday use. The entry-level Carrera comes in both coupe and convertible versions. It has rear-wheel drive and 370 horsepower on tap. The S version further boosts the power to 420 hp. The all-wheel-drive versions add “4” to the name. The GTS variant has 450 horsepower and more performance upgrades. The Carrera T is a purist version, which is only available in rear-wheel drive configuration and is meant to evoke the driving characteristics of the original 911. The Targa version is only available in the all-wheel-drive version and doesn’t carry the Carrera name.

Then comes the Turbo models, which are only available with all-wheel drive, and as the name suggests feature turbocharged engines. The base Turbo variant gets 540 horsepower, while the more potent Turbo S variant has 580 hp. The GT cars are engineered by Porsche’s Motorsport division and are track-focused. The GT and GT3 RS models feature naturally aspirated version of the 4.0-lite flat-six. The range-topping GT2 RS gets a turbo charged version of the engine that puts out more than 700 horsepower and is meant to create lap records at race tracks. With the soon-to-be-launched next-generation 911, it would be interesting to see if the number of versions of 911 increases or decreases. Watch the video and see if clears your confusion.