Flying bikes have been a fantasy for many. First used to tease us in Spielberg’s E.T. and then in the Harry Potter series. Well, it happens to be 2016 and it’s time those kids who fantasized about these amazing machines in their childhood will have grown up to make them a reality. We’ve picked our three favorite flying bikes that could cloud the skies in not many years from now. 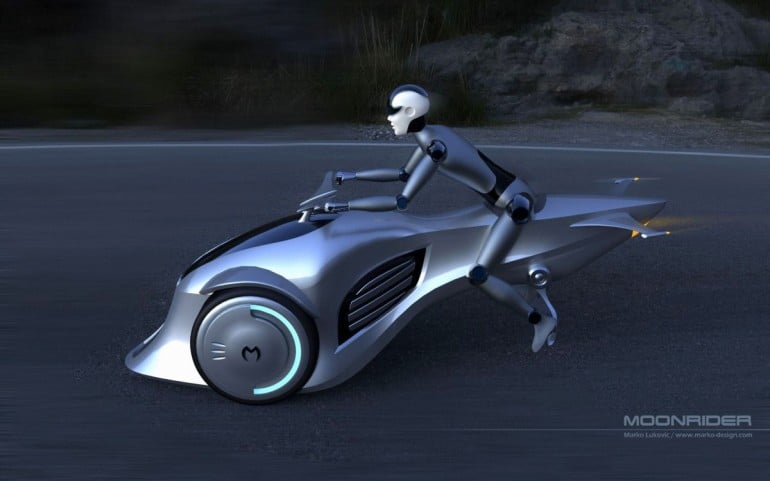 ‘Moonrider’ by Marko Lukovic
This Serbian design is right out of a Star Wars movie. This one’s our favorite not only for its design but also as it works on eco-friendly principles. The front portion of the bike has solar panels to power the bike up. Though the surface area doesn’t seem to be too large, we can pardon it for want of a better design. Speaking about the bike, designer Marko Lukovic said, “This new kind of transportation is much more applicable and functional in urban environments like big crowed cities. Like modern small scooters, flying would be motorbikes perfect for most of people who are working in big cities, and need to arrive on time on their jobs. Moonrider is perfect for avoiding traffic jams on the streets. You do not need to follow traffic signs and light signals, you just need get involved in “air-streets” guided by inner computer systems and GPS. Flying height definition WOULD BE approved by law regulations.” He goes on to paint a future that will be powered by plasma engines with enough thrust to get bikes airborne. 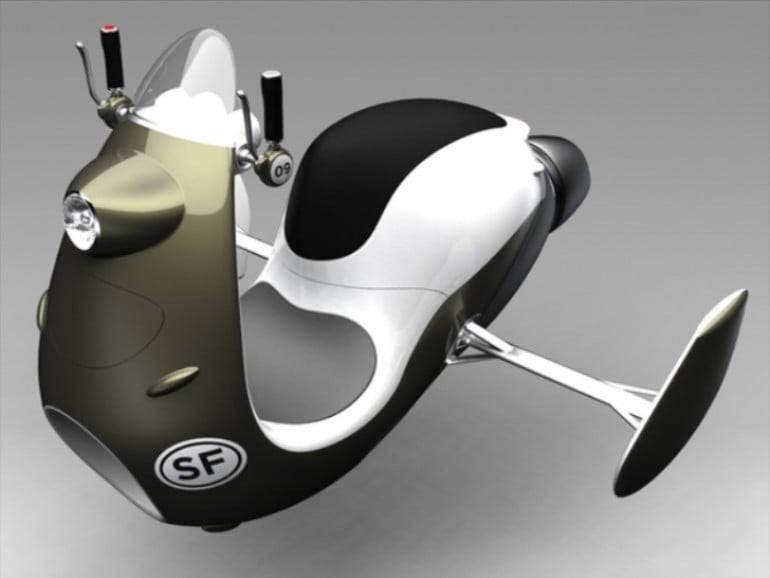 ‘Jetscooter’ by Norio Fujikawa
You couldn’t get past a list of futuristic, flying bikes without one having a touch of Japanese sci-fi in it. Inspired by manga art, designer Norio Fujikawa attributes the inspiration he derived from sci-fi to create the Jetscooter. The vehicle has received a design overhaul and come forth as a ‘Jetbike’ as well but what we do notice is how it can comfortably transport a single person through the atmosphere. The San Fransico-based designer said, “The rate at which technology is developing and becoming accessible is amazing. As creative director at Astro Studios, an award winning design studio in San Francisco, I get to see a wide range of new technologies and products almost every day. The creativity and inventiveness I see fuels me to keep sketching and visualizing what the future, which is rapidly becoming present, might be.” 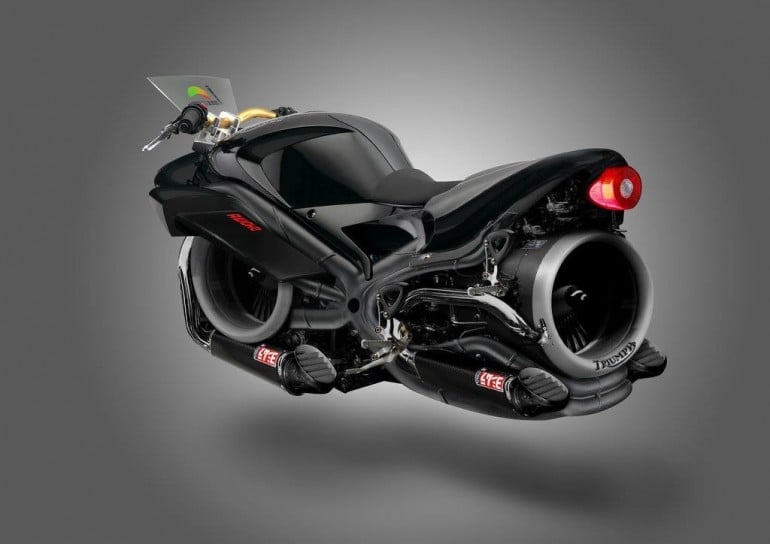 ‘Flike’ by Bay Zoltan
Here’s what a bike-sized drone would look like. It’s on our list purely for its intimidating form and size. It can carry a single person and can be controlled either by the passenger or remotely. This makes it useful to transport payloads to stranded people and even rescue them. A video of the Flike in its test run made rounds on the Internet some time ago and with it came the promise of more attempts of scaling up drone. The good news is that there are efforts to make Flike a marketable product. Now, isn’t that something we could look forward to?