Over the years, we have seen plenty of RVs and motorhomes with expandable slide-outs that blow-up the size of the cabin when fully-stretched out. However, an RV with its own elevator is defiantly something new. Chinese automobile manufacturer SIAC has revealed its latest flagship RV called the Maxus Life Home V90 Villa Edition, which comes packed with a lot of features that will immediately grab your attention; however, the RV’s party piece is its in-cabin elevator that serves its full-height glass-encased second story. The Villa Edition looks huge in-front of the usual tiny Japanese and Korean mini-campers we are used to seeing. Its stylish exterior appears to be inspired by big American trucks but loaded with lots of chrome – after all, it’s Chinese. But surprisingly, it features a clean and sharp aesthetic augmented by bright gold trim, LED lights, and the prominent illuminated Maxus logo.

When fully extended, a pair of slide-outs widen the first floor along with a pop-up, full-height glass-encased second story. There’s also a tiny balcony right above the driver’s cab. The Villa Edition uses split-window walls that fold in half below the oversized roof, which is a rather neat way to pack the pop-up second floor into a Class C alcove configuration. The near-floor-to-ceiling glass walls of the second floor provide an unhindered view of the surroundings. However, the glass can be made fully opaque when you need your privacy. The upstairs space that measures 12.4 sq m is fully-customizable and can work as a dining area, tea room, and study. In contrast, the downstairs houses a larger 20-sq m space thanks to the slide-out walls. But the most interesting feature is the compact, single-person elevator that can take you to the second floor of the RV. The company only released the flagship RV renderings, but there’s a video on YouTube where you can see the thing in action. It’s pretty darn cool! The pricing was released last year with a price tag of CN¥2.68-million (about $413,000). 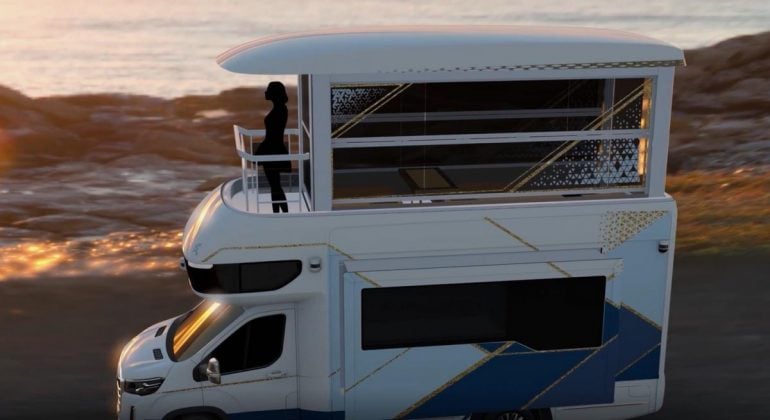 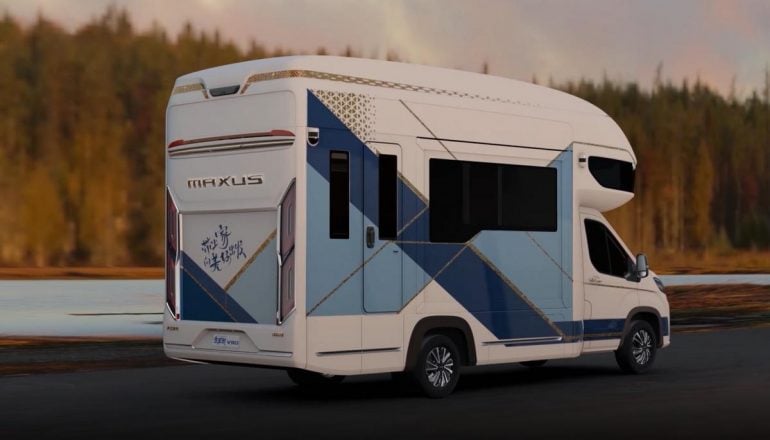 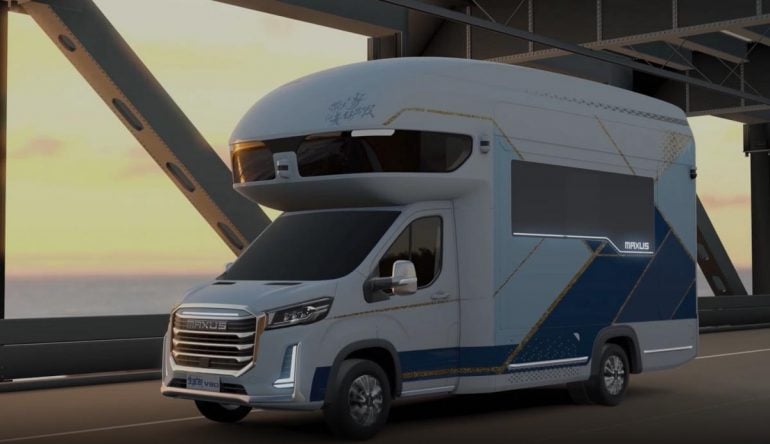 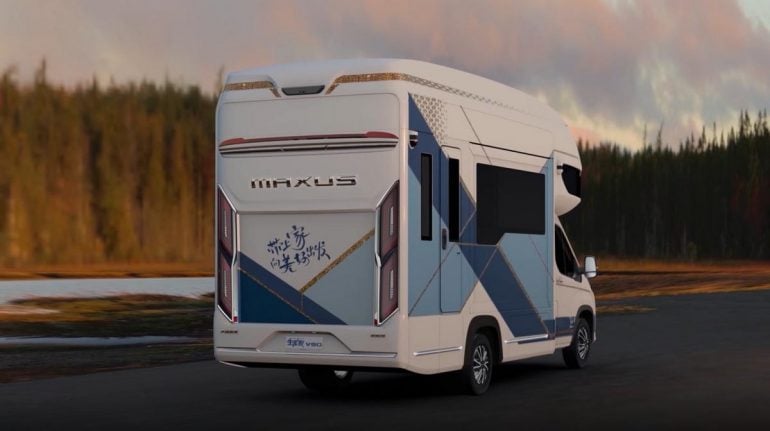 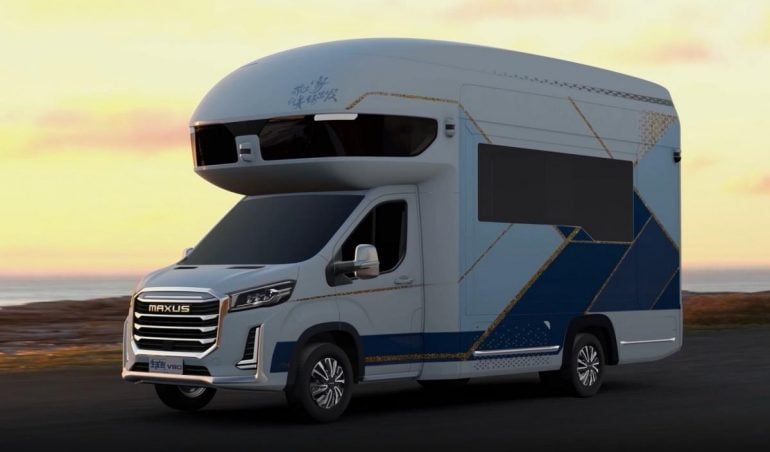 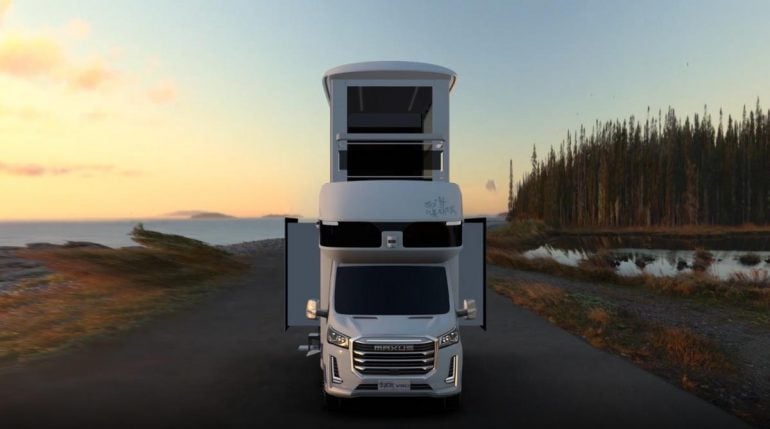 Tags from the story
Chinese, RV