There’s a new limited-edition Pagani and we got to say that it looks absolutely stunning. Meet the Pagani Huayra Tricolore, a special edition hypercar built as a tribute to the Frecce Tricolori – the Italian Air Force’s aerobatic training group. If the name rings a bell, that’s because Pagani released another Tricolore before. A decade ago, the manufacturer released the Zonda Tricolore to celebrate the acrobatic team’s 50th anniversary. The Pagani Huayra Tricolore is a follow-up to that incredible machine. Starting with the limited-edition hypercar design, it sports a unique bodywork with no roof and a sexy-looking scoop that channels air into the engine bay. The carbon fiber bodywork wears a see-through blue color and a bespoke livery featuring the Italian flag motif similar to the aerobatic team’s aircraft. It also gets a redesigned front bumper with a bigger splitter and more prominent air intakes. Also exclusive to it is the rear wing that is made from a single piece of carbon fiber. 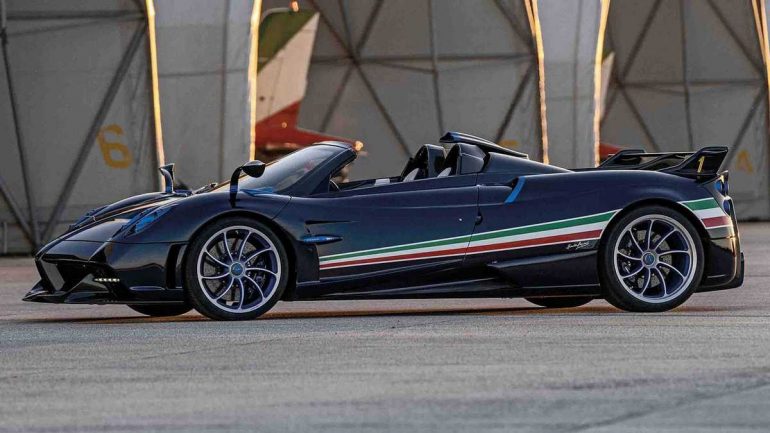 The interior of the Pagani Huayra Tricolore is also bespoke and is inspired by the cockpit of the Aermacchi MB-339A jet used by the Frecce Tricolori. The gearshift knob is made from a single aluminum block and is polished by hand for a special transparent finish. Pagani says the aluminum parts are made from aerospace-grade alloys and anodized in a blue shade. It is powered by a familiar twin-turbo 6.0-liter V12 made by AMG, especially Pagani, that produces 829 horsepower and 811 lb-ft of torque. Only three examples of the hypercar will be made and available for $6.7 million a pop. 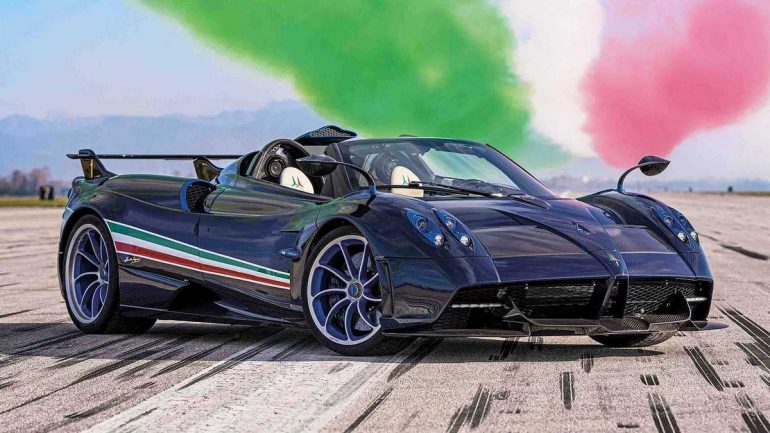 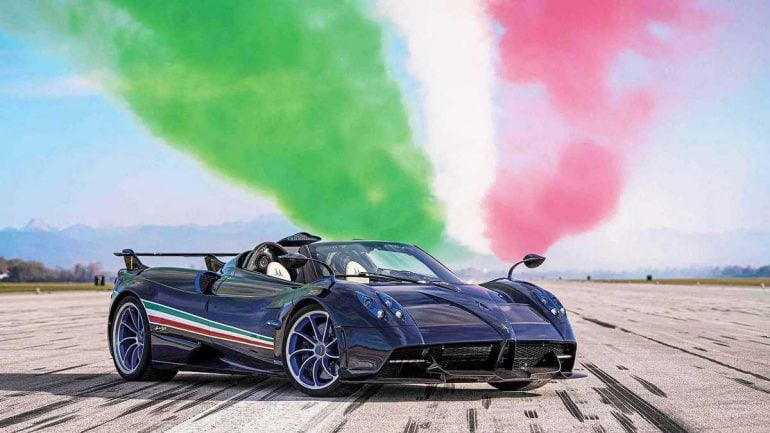 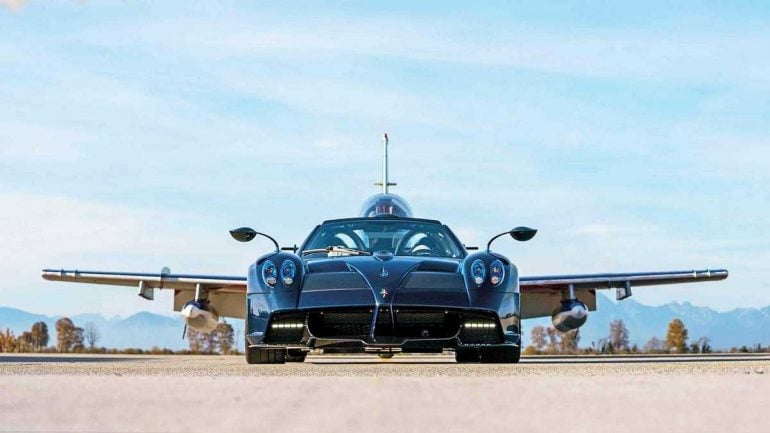 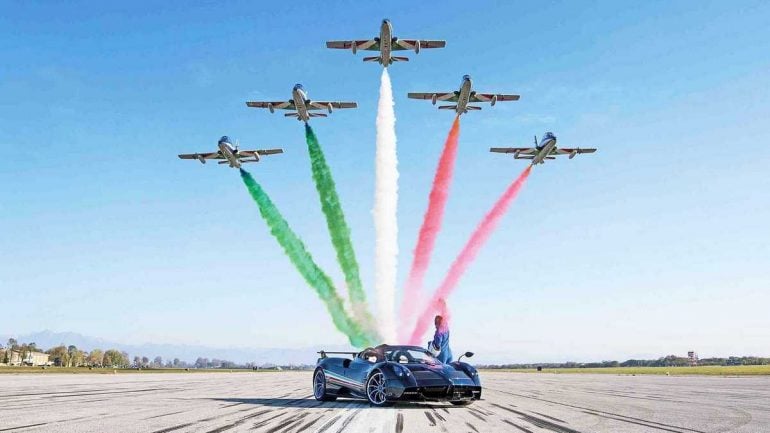 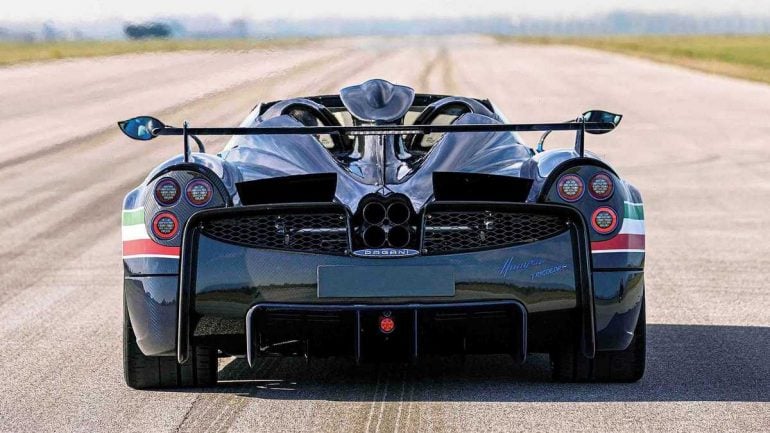 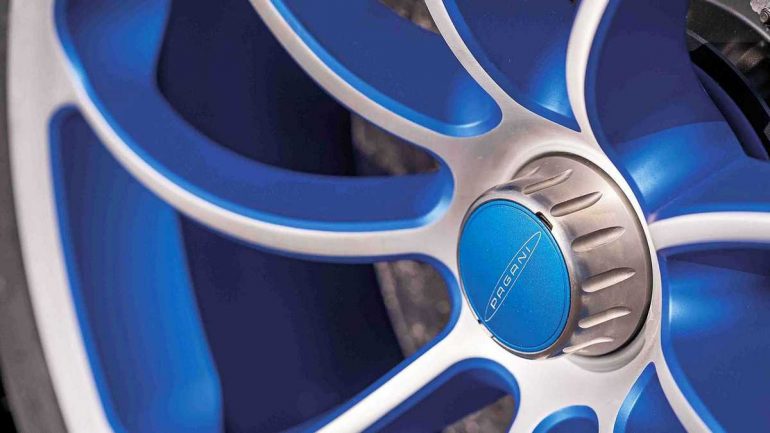 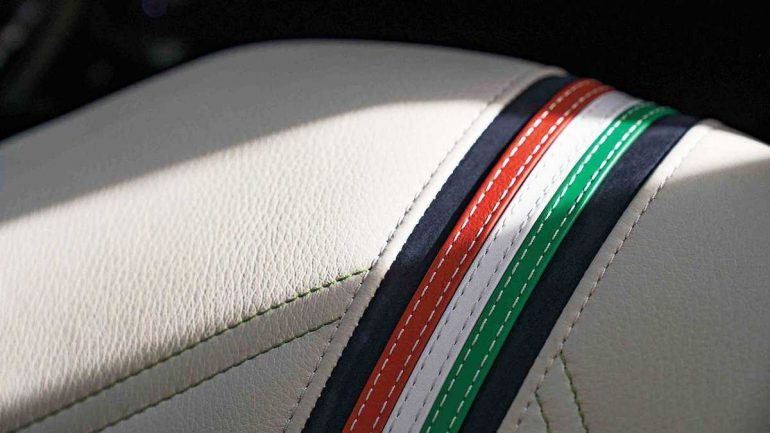 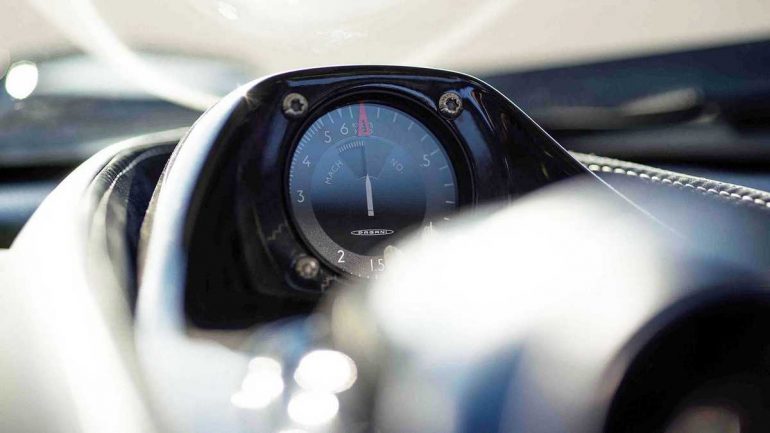 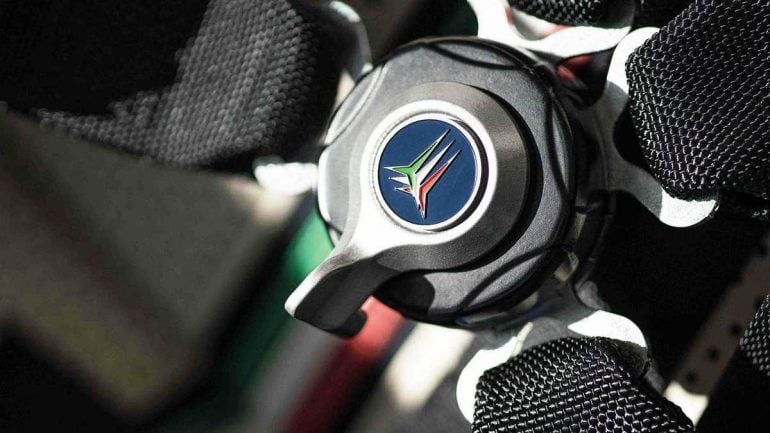