Remember the scene from the 2009 movie Terminator: Salvation in which actor Christian Bale’s character John Connor makes a robot motorcycle called Moto-Terminator crash and hacks into it to ride off before doing a donut? Well, if you’re an avid fan of the movie you’ll know that the Moto-Terminators in the movie were built on real Ducati motorcycles rather than being computer creations. Heavily modified with structural work, faux robotic hardware, and multiple guns, it’s hard to believe that there is a Ducati Hypermotard 1100s somewhere underneath it. The one that is hijacked by John Connor is currently on view at the Petersen Automotive Museum in LA as a part of its exhibition titled “Hollywood Dream Machines.” 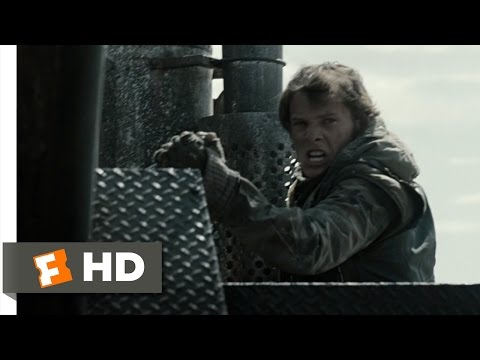 The one-off Moto-Terminator on display at the exhibition was designed by Victor Martinez and retains the Hypermotard’s stock frame, suspension, and the 1078cc 90-bhp L-twin engine. The idea was to make Skynet’s autonomous “attack dog” fully rideable by real stuntmen and even Christian Bale, who is an avid motorcyclist himself. However, with all the modifications, including the sawed-off handlebars, it was difficult for even an expert to pilot it in real life. A short behind the scenes video on YouTube gives us an insight into the entire process of designing and creating the custom motorcycle and filming it. The Moto-Terminator bike will be on view through March 2020 and the exhibition also includes other popular Hollywood vehicles like the DeLorean from Back to the Future and K.I.T.T. from Knight Rider.