A couple of months back, YouTuber Street Speed 717 posted a video of a brand new, 702-horsepower Ram TRX that was jumped and trashed to get more clicks on his channel. Rich kids destroying expensive vehicles to get more attention on social media is becoming all too common. Remember Russia’s super-rich influencers who have done everything from crashing a brand new Porsche Taycan to light a Mercedes-AMG GT 63 S to even dropping an AMG G63 SUV from a helicopter, all in the name of clicks? But it turns out the American YouTube, whose real name is Mike Hyssong, has landed in some legal for his stunt with the Dodge pickup truck. Mike’s channel has more than 1.1 million subscribers and is known for creating such videos, including the one in which he jumped a previous-gen Ford F-150 Raptor over a Hummer back in November 2020. However, it’s the first time he has been served a notice for his shenanigans.

Mike says in his latest video that the Pennsylvania Fish and Boat Commission has brought 18 criminal counts against him for filming the video, which includes two counts of disturbance of waterways and watersheds, six counts of pollution of waters, six counts of littering near waters, and another four counts of running a vehicle in a stream. The YouTuber goes on to justify by saying that the stunt was carried out on private property and no damage was done to the environment. He also claims that the vehicle didn’t leak anything into the stream, which could be poisonous to fish. “I pay hundreds of thousands of dollars in taxes literally, and I don’t even want free stuff. I want to be left alone, and the government just can’t help itself,” Mike says in the video. “I think they are really like trying to throw the book at me. I don’t know if because it’s easy, it’s on video, or to make an example because it’s a video that got 1.6 million views.” The YouTuber is currently talking to lawyers to have the issues solved and promises to make more viral videos of similar stunts. 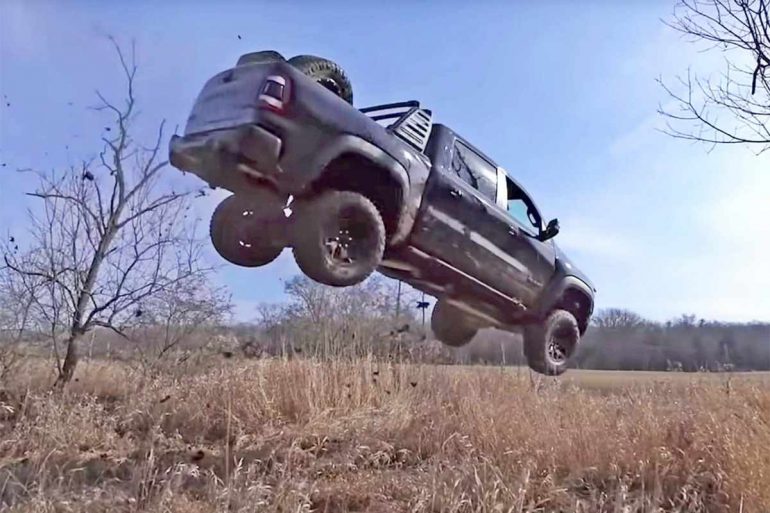