Over the last decade or so covering automobiles for Luxurylaunches, I’ve come across all kinds of car wrap jobs – everything from the gold-wrapped eye-sores with Middle East number plates to the hilarious story of Ferrari sending cease and desist order to Deadmau5 for his Nyan-Cat-themed 458. However, I think I’ve found a new challenger for the top spot on the list of most ridiculous car wraps. A businessman from the United States of America has wrapped his $240,000 Lamborghini Huracan with Trump-themed graphics to show his support for the current president. The mortgage banker named Steve Currington, who is also known as Lambro Steve, said he wanted to spark conversation with people of all political beliefs with the Trump-wrapped Lamborghini, according to KTUL. According to Currington, he has so far received mostly positive responses with very few negative ones. “We have people wanting to take pictures with it, families grandma, grandparents, kids just wanting to get a picture with the president on the side of the car,” Currington said, adding, “Some guy drove past me and gave me the bird. People that are not Trump fans are mean.” 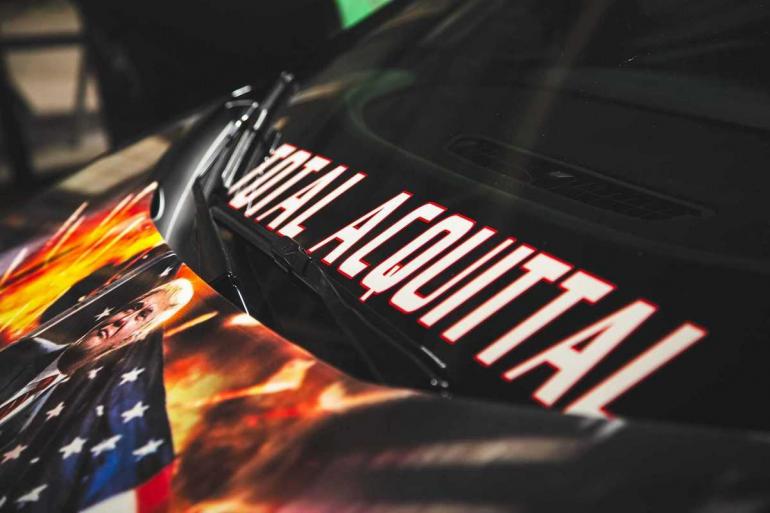 The wrap has all different nods to Trump’s presidency. The windshield reads “Total Acquittal,” while the door is plastered with “Trump 2020” graphics along with the phrase “fueled by liberal tears” on the gas cap. The front hood has Trump with a gun in his hand with the Star-Spangled Banner and exploding bombs in the background. There is also a photo of Trump on the roof. His head is on the roof because I wanted people as I come up behind you to be able to see that Trump is watching you. The president is watching you,” he explained. Currington said that he has been driving the car across Oklahoma and plans to drive to Dallas this weekend. His ultimate goal is for the president to see the car. 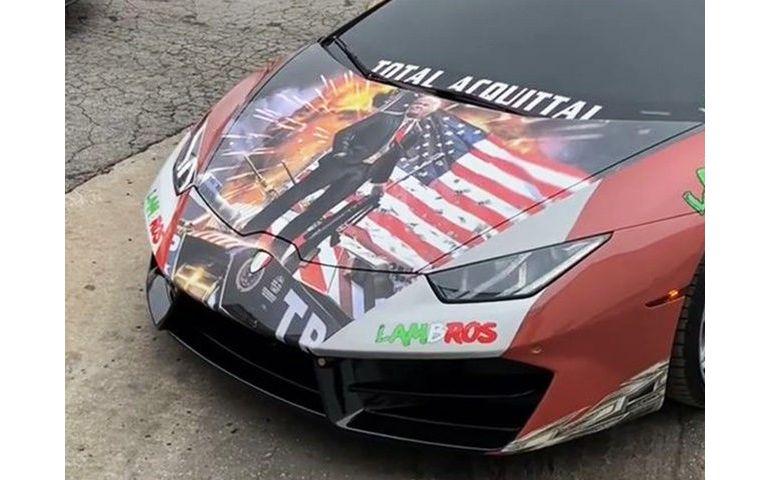