Rejoice, all G-Wagen fans! Mercedes-Benz has brought back the 4X4 squared. The latest version of the off-road-focused badass SUV was quietly announced on an obscure G-specific “Private Lounge” website a few days back. Although the German manufacturer is yet to reveal a lot of details of the new 4X4 squared, the website does mention that it is the “last of its kind,” which is truly sad. While the previous generation model was based on the standard G550, the new version uses the high-performance Mercedes-AMG G63 as its base. What that means is the tall-riding SUV features the familiar AMG-tuned twin-turbo 4.0-liter V8 underneath the hood that produces 585 horsepower, 163 more than the old G 550 4×4². 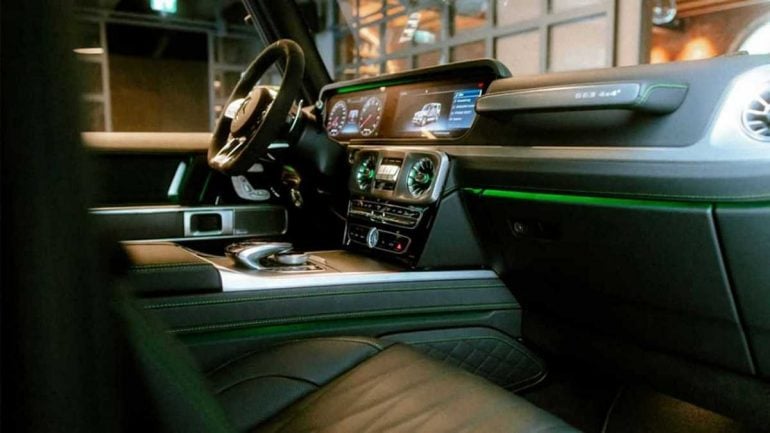 The Mercedes-AMG G 63 4×4² features full-time four-wheel drive along with substantially upgraded suspension. The new 4×4² is also equipped with portal axles, which gives the luxury off-roader round a ground clearance of 13.8 inches – 4.3 inches more than the standard G63. Mercedes claims it can climb a hill as steep as 45 degrees and can wade through 35.8 inches of water. Most importantly, the new Mercedes-AMG G 63 4×4² has also retained the standard G63’s independent front suspension. The previous model had a solid front axle. 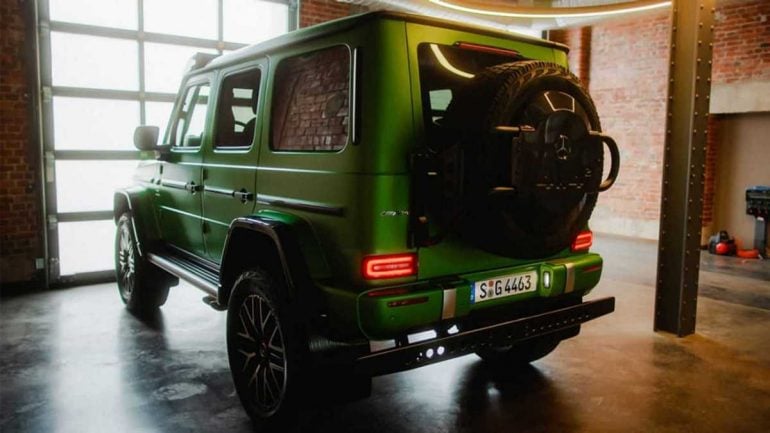 In addition to all the mechanical changes, the Mercedes-AMG G 63 4×4² arrives with plenty of visual updates that give the imposing SUV a more purposeful appearance. The new 4×4² rides on 22-inch wheels with tires to match and gets extended fender flares finished in carbon fiber. The off-road light housing on the roof as well as the spare tire carrier also feature the carbon fiber treatment, while a roof rack and a rear ladder along with carbon trimmed rub strips are available as optional extras. The example seen in the pictures here is painted in “Green Hell Mago” which pays homage to the Nürburgring. The cabin is as luxurious as you’ll expect the G63 to be, while it does come with some special touches, including additional ambient lighting in the vents. Napa leather and diamond stitching can be found throughout. Pricing is yet to be announced. But given the 4×4² rarity and the fact that it’s being touted as the last of its kind, it’s not going to be cheap. 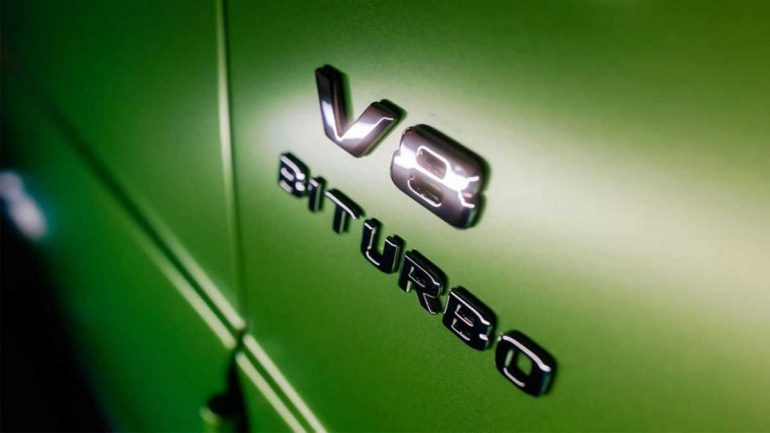 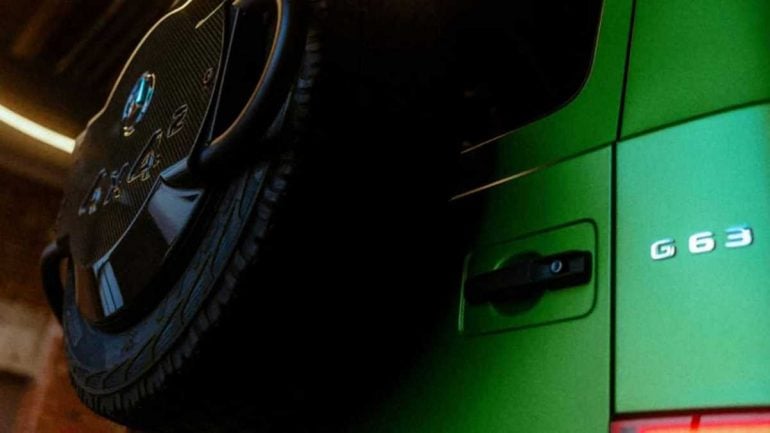 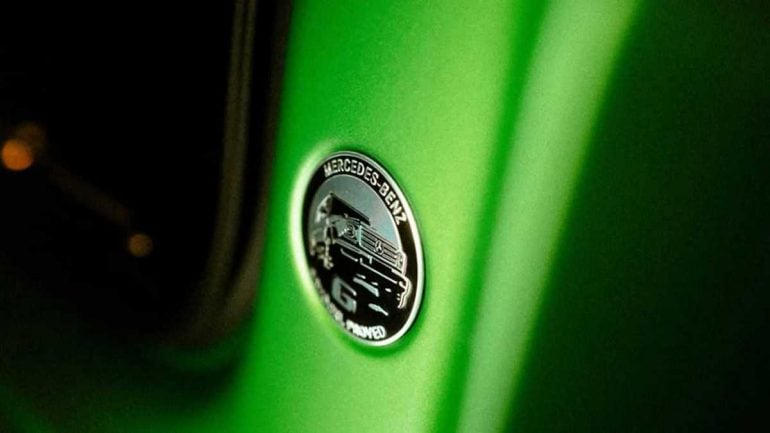 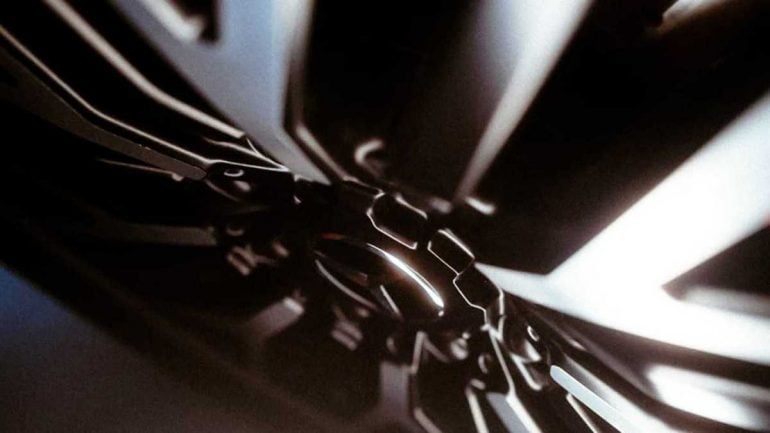 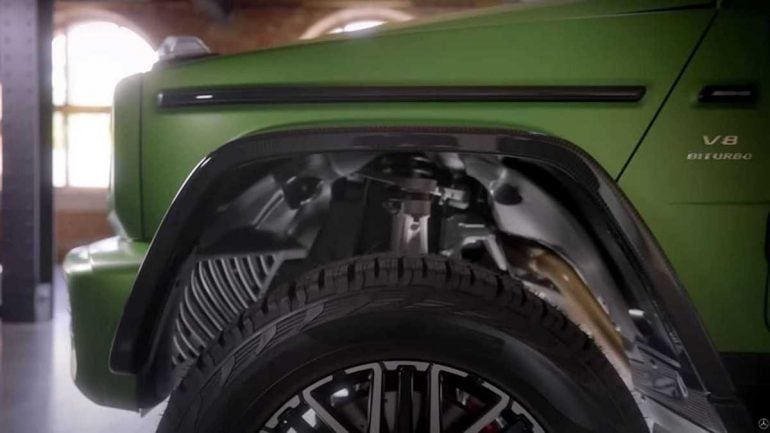 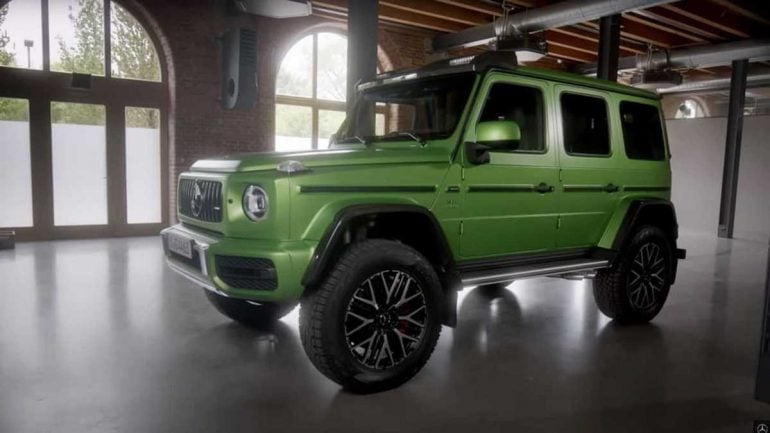 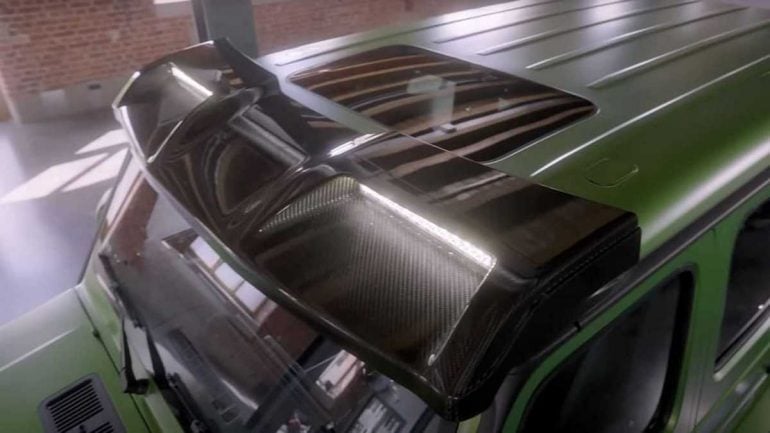 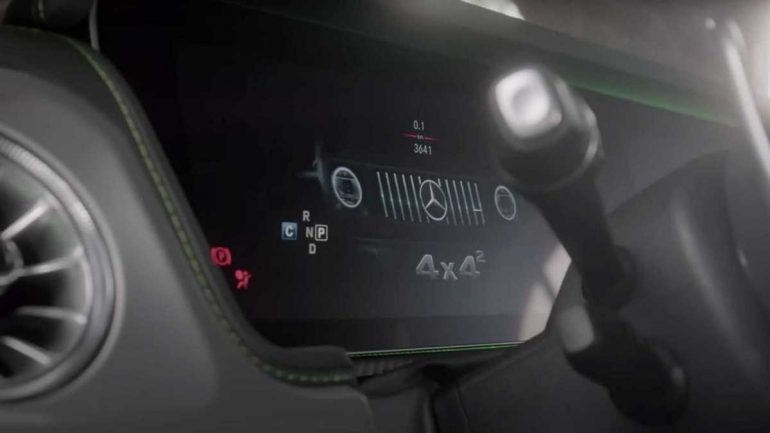 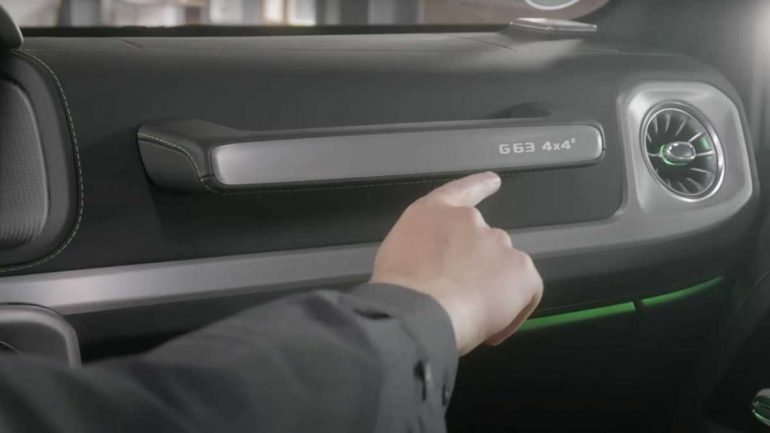 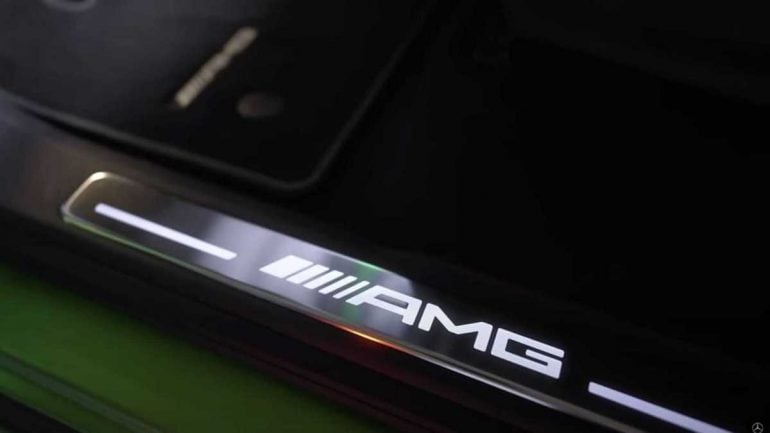 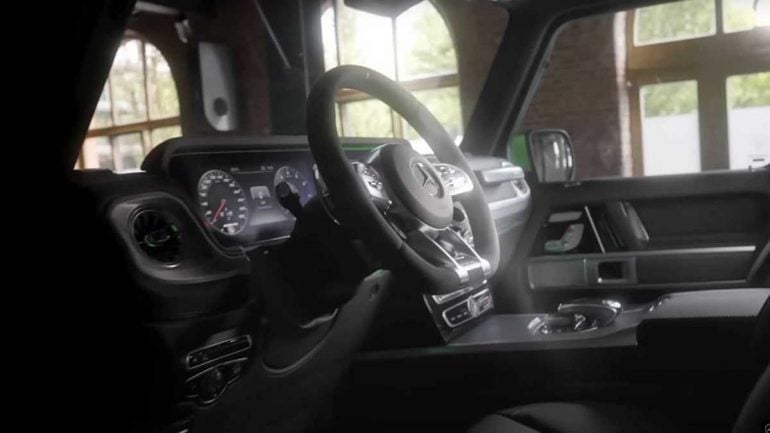 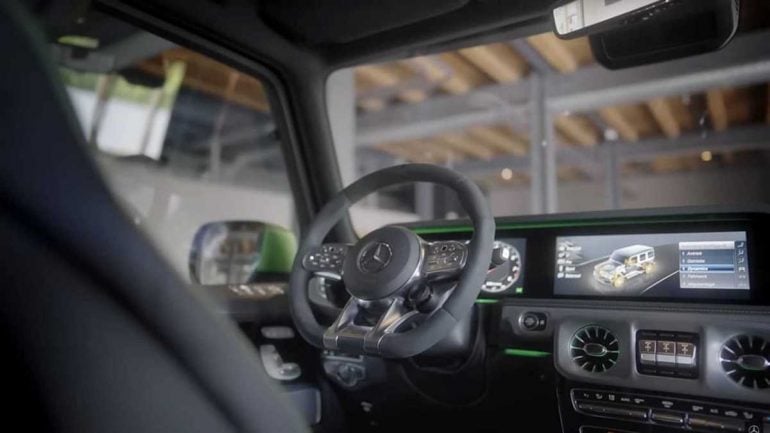 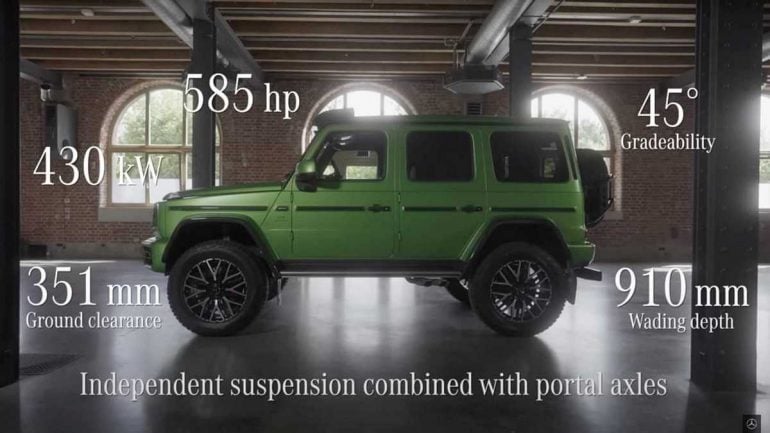