A motorbike rules the roads not only it makes a loud roaring sound and also when it sports the most expensive price tag. Tarhan Telli designs the latest bike to get crowned as the most expensive motorcycle by breaking the Guinness world record. Weighing 315 kilograms, this golden bike boasts an 1801 cc engine and 125 horsepower. The chassis and body shell covering and six forward gearboxes are shaped out of yellow and white gold leaves. The motorbike gets more character as Greek goddess Medusa adorns the fuel tank and snake figures spread over chassis and fender. The Turkish designer took more than a year to make this gilded two-wheeler which he claims to be the world’s most expensive motorcycle. 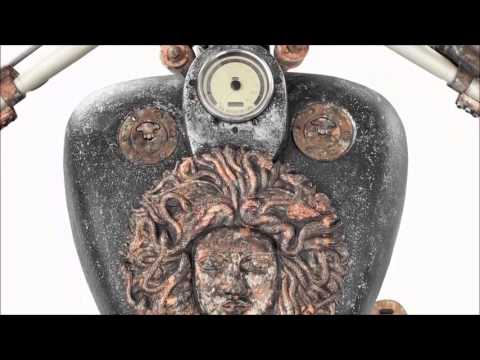