Finally, it’s the turn of the aerospace industry to go green! The much-awaited Boeing’s 787 Dreamliner took its first test flight over Everett, Washington. Built with lightweight carbon and titanium, the plane was grounded at Boeing Field in Seattle due to bad weather conditions. These Dreamliner planes have a capacity to seat 250 passengers and can be used for flying long distances. It is estimated that at least 55 airlines, including Continental and Northwest / Delta, have already purchased 840 of the planes worth a staggering $140 billion. All Nippon Airways is scheduled to be the first to take its delivery.

The plane has already been delayed five times in the last three years and its first flight has been postponed around six times due to an array of technical and financial reasons. How well it stands in competition to the EADS’s Airbus A350, only time will tell. 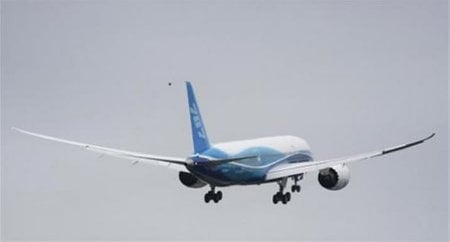 Tags from the story
Boeing