Move along, there’s nothing to see here – just an exotic Italian fire-breathing beast quenching its thirst at a lake. Okay, probably not. It’s another instance of a foolish supercar owner who managed to destroy a beautiful piece of automotive art. The incident took place in northern Italy where a black colored Ferrari 812 GTS ended up in Lake Garda because the owner seemingly left the supercar in neutral on an inclined surface without putting it on the handbrake. Originally reported by Italian motoring publication Formula Passion, the Ferrari was parked in front of a slipway on the lakeshore in Sirmione meant for loading and unloading boats. Reportedly, the driver was inside the $400,000 supercar when the incident happened. However, by the time the owner realized the car was in motion and heading towards the water, it was already too late. 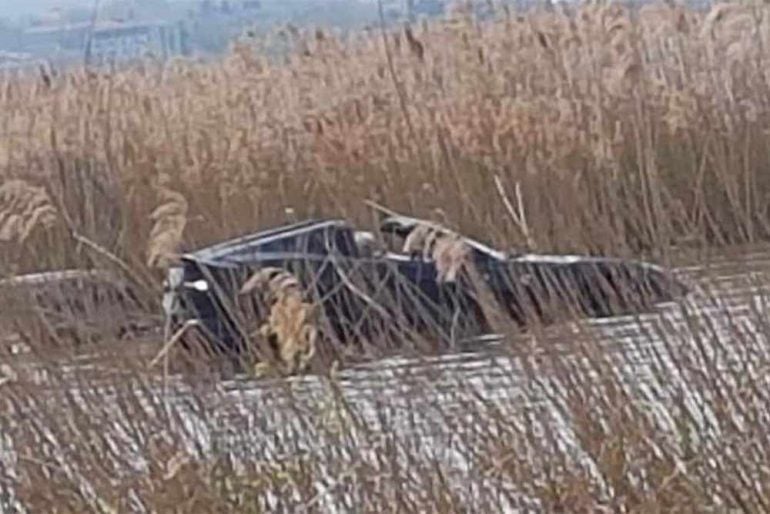 The convertible Ferrari thankfully didn’t sink down to the bottom of the lake and was only partially submerged. According to the pictures, only the front end looks to be dipped in the shallow part of the lake. However, it was not in the condition to be driven out and a tow truck had to be called for rescue. There’s no information on the extent of the damage, but the 789-horsepower V12 engine is located at the front of this supercar. We hope the owner was smart enough not to try firing up the engine and getting it flooded with salty lake water. But what’s interesting is it isn’t very easy to put the Ferrari 812 GTS on neutral, as Motor1 pointed out in its story. There’s a lengthy procedure to put in into “Carwash” mode and put the supercar’s dual-clutch transmission into neutral, which makes us question the owner’s motive. Nevertheless, it’s a shame that the last of the existing V12-powered exotics are treated like this. 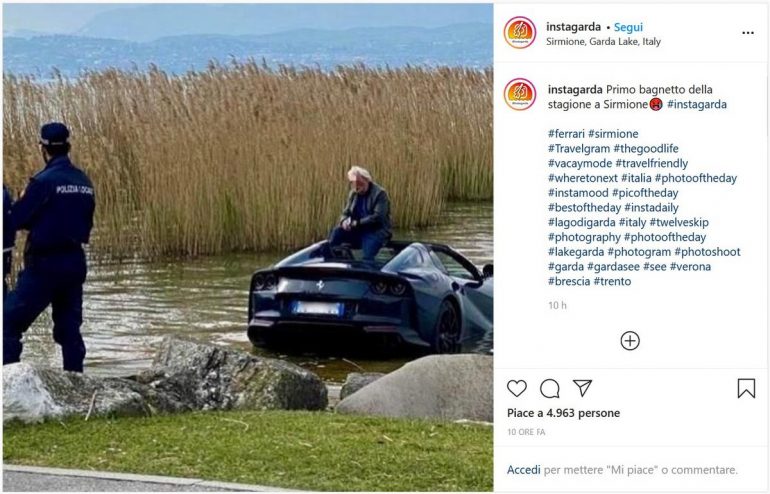 Tags from the story
Crash, Ferrari