Ducati has lifted the veil off the much-anticipated Panigale V4 SP2 which has been introduced as the new top-of-the-range model for the manufacturer’s super sports line-up. Described as the “ultimate racetrack machine,” the SP2-spec Panigale V4 debuted at the final World Premiere event of the 2022 model year. The numbered series production model is a follow-up to Ducati’s Panigale V4 SP that was launched back in 2020 with track-focused componements and performance. With the new SP2, Ducati has further improved the package by adding a number of upgrades that are meant to extract even more tarmac-ripping performance on the race track. 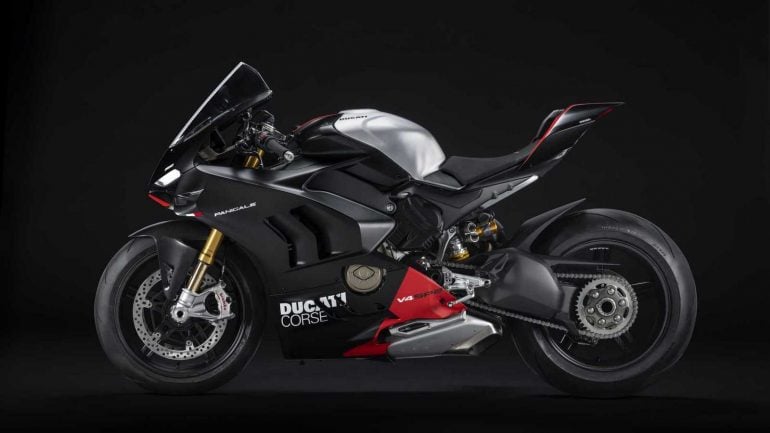 The new Panigale V4 SP2 is still powered by the same MotoGP-derived 1,103cc, Desmosedici Stradale V4 engine that was found in its predecessor. The motor is tuned to produce 210 horsepower and 90.6ft-lbs of torque. The two-wheeled track weapon weighs in at just 381lbs (dry), giving it a really impressive power-to-weight ratio. However, if you want to get closer to the performance of Ducati’s MotoGP bikes, Ducati will offer a track kit which is included in the MSRP. The kit features billet aluminum mirror block-off caps, a license plate delete, an open carbon clutch cover, and a new full-titanium Ducati Performance racing exhaust developed by Akrapovič, which cumulatively shave off another 11lbs. Additionally, the Akrapovič exhaust system bumps the power to 228hp and 96.6ft-lbs of torque. 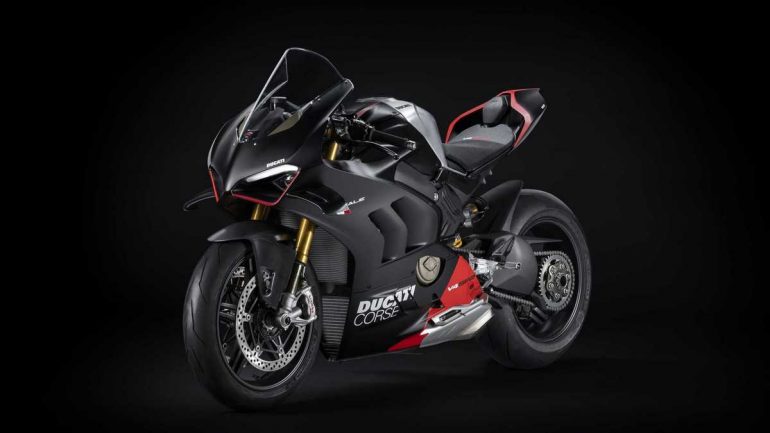 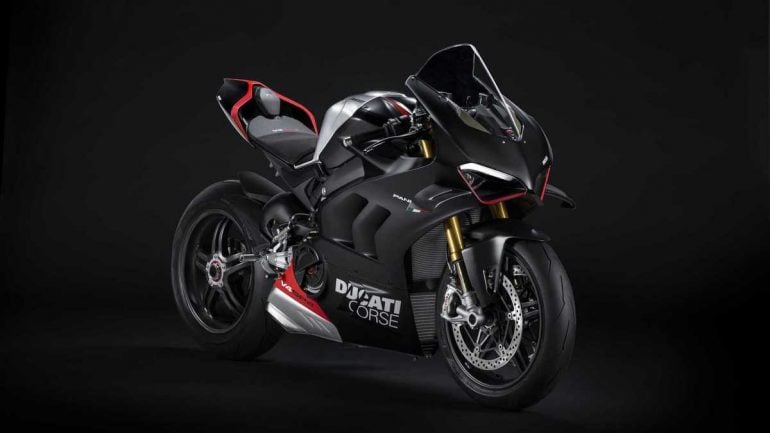 Furthermore, the SP2 gets an ultra-advanced suite of rider aids, making it one of the most sophisticated two-wheeled machines money can buy. In terms of design and styling, the SP2 doesn’t look a whole lot different from its predecessor. However, the limited production model wears a special matt black Winter Test livery inspired by the Ducati’s factory race bikes during pre-season testing. Only 1000 units of the Ducati Panigale V4 SP2 will be made and will be available for preorder in mid-2022 with a price tag of $39,500. 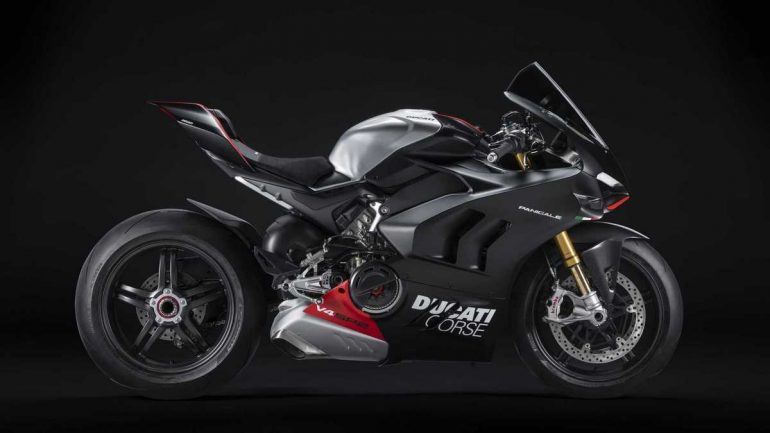 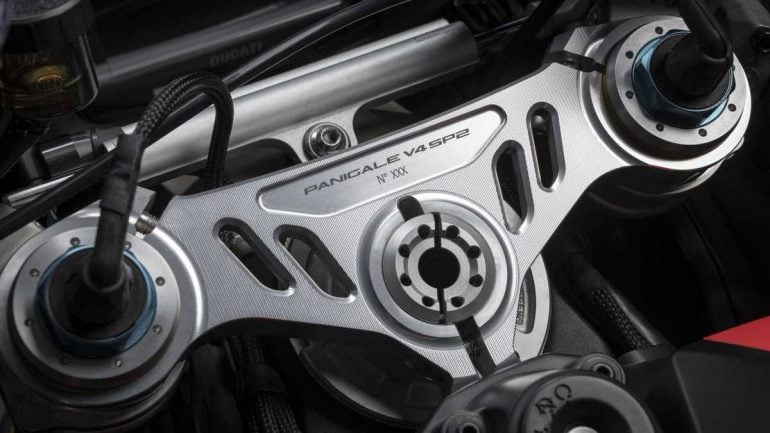 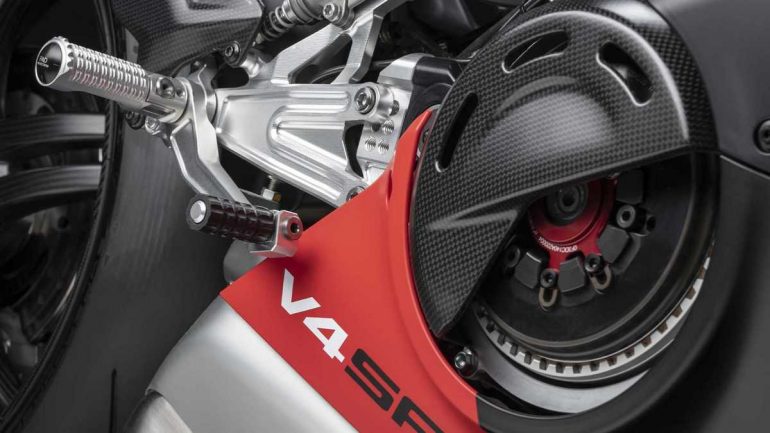 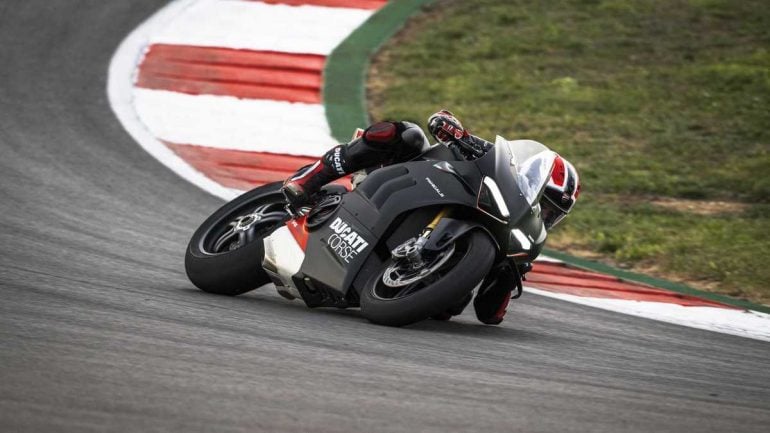 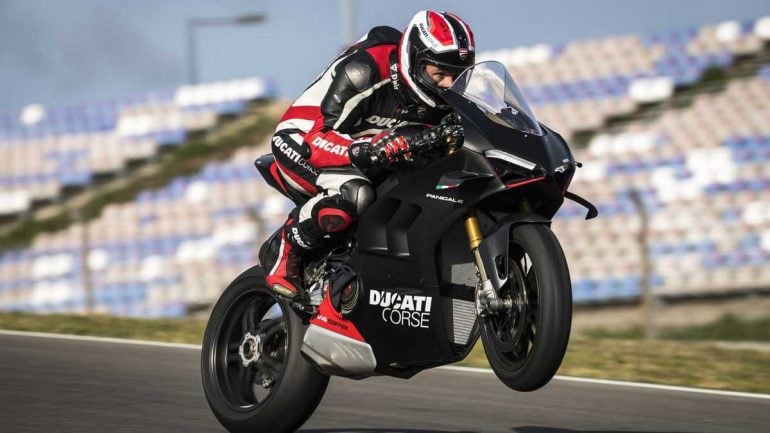 Tags from the story
Ducati, Special-Edition