The most joyous time of the year looks unimaginably breathtaking in certain regions of France like Alsace, Colmar, and Bugatti’s headquarters, Molsheim. This year however the Christmas markets will be far from bustling owing to the pandemic. The city centers adorned with fairy lights and illuminated stars on every nook and corner will be terribly missed. But Bugatti has special plans in place for Molsheim, the city where the Bugatti brand originated. Ettore Bugatti founded his brand and started to manufacture his own automobiles more than 110 years ago. The French luxury brand decided to set up the exhibit of its hyper sports car — Bugatti La Voiture Noire for the public to view and take photos. The La Voiture Noire rumored to have been bought by world soccer star Cristiano Ronaldo is the only one of its kind. The car was created to celebrate the brand’s 110th anniversary and costs an estimated $18 million. Now, that’s a car not everyone can afford to buy and is the only one of its kind. Not many will even be able to lay eyes on the black beauty, except the lucky residents of the city of Molsheim. Placed next to Molsheim’s decorated Christmas tree is a special glass box encasing the gorgeous Bugatti La Voiture Noire. Lucky residents of Molsheim have the exceptional opportunity to admire this unique masterpiece. 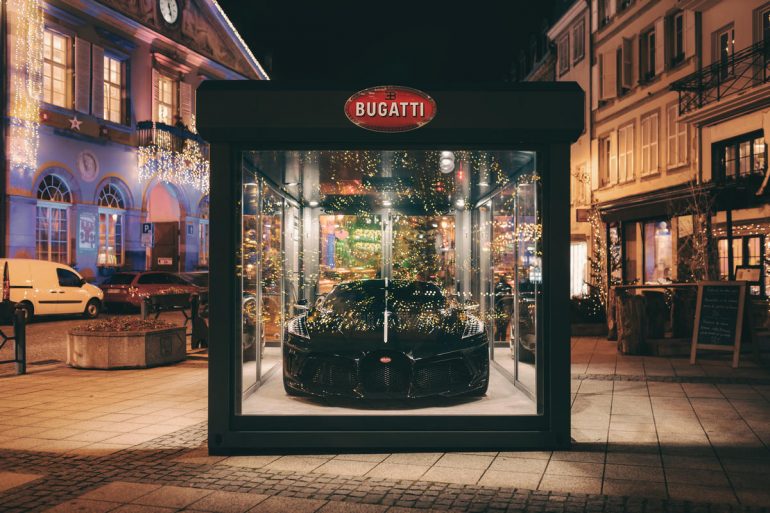 Mayor of Molsheim announced at the inauguration of the glass container, “I am very grateful to Bugatti for this wonderful gift to our city. Now all residents of Molsheim have the exceptional opportunity to admire this unique masterpiece, the ‘La Voiture Noire,’ of which Ettore Bugatti would certainly have been very proud.” for those who live around Molsheim, plan your trips soon as the Black Car will remain in the city center until the end of March. 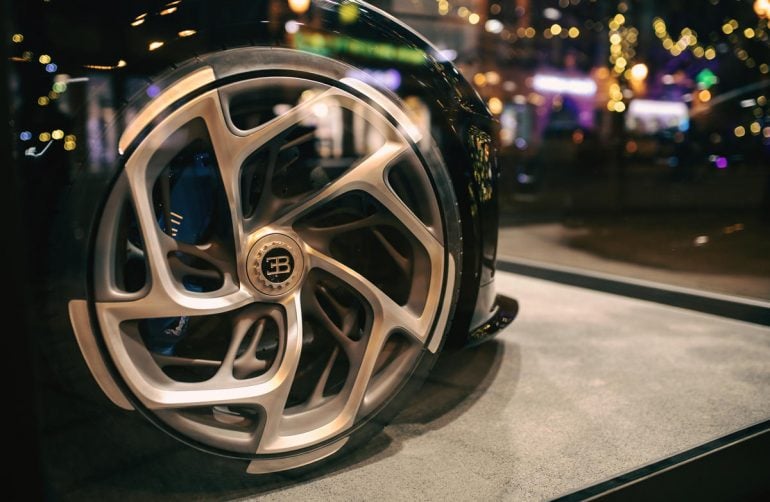 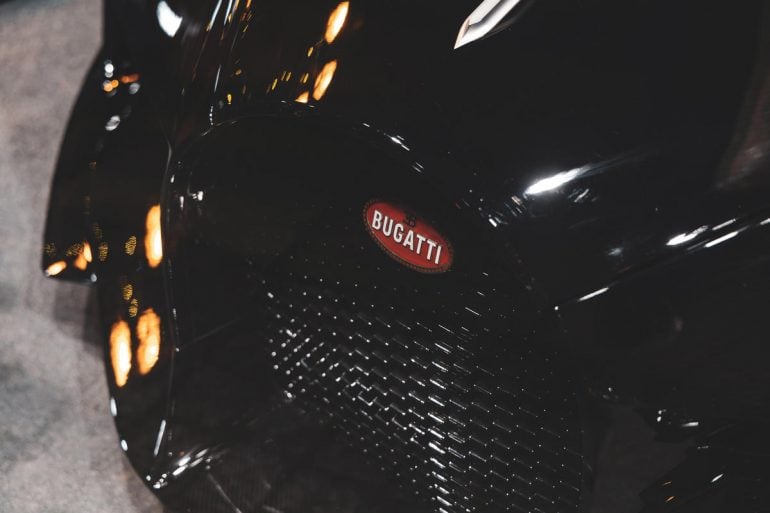 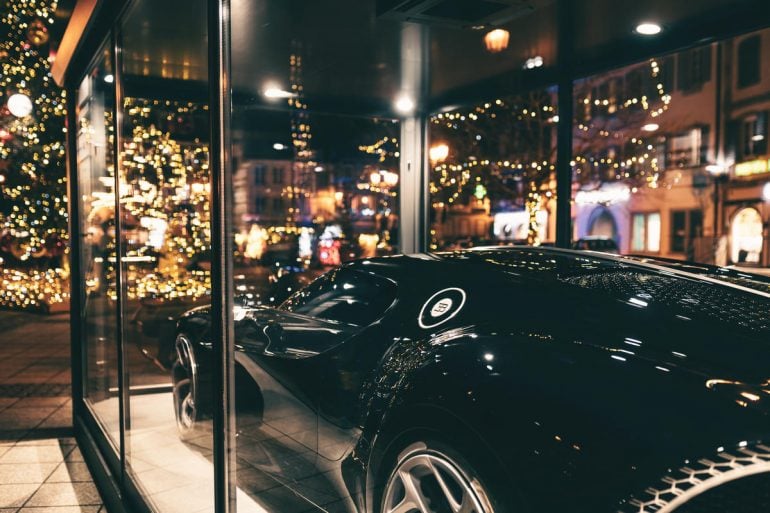 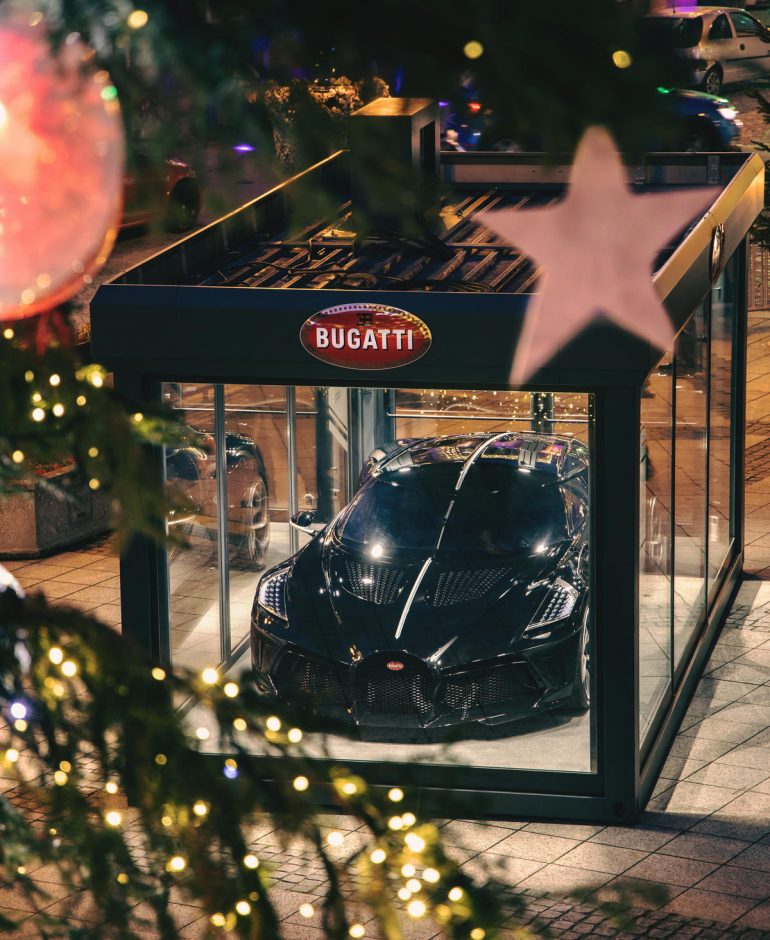 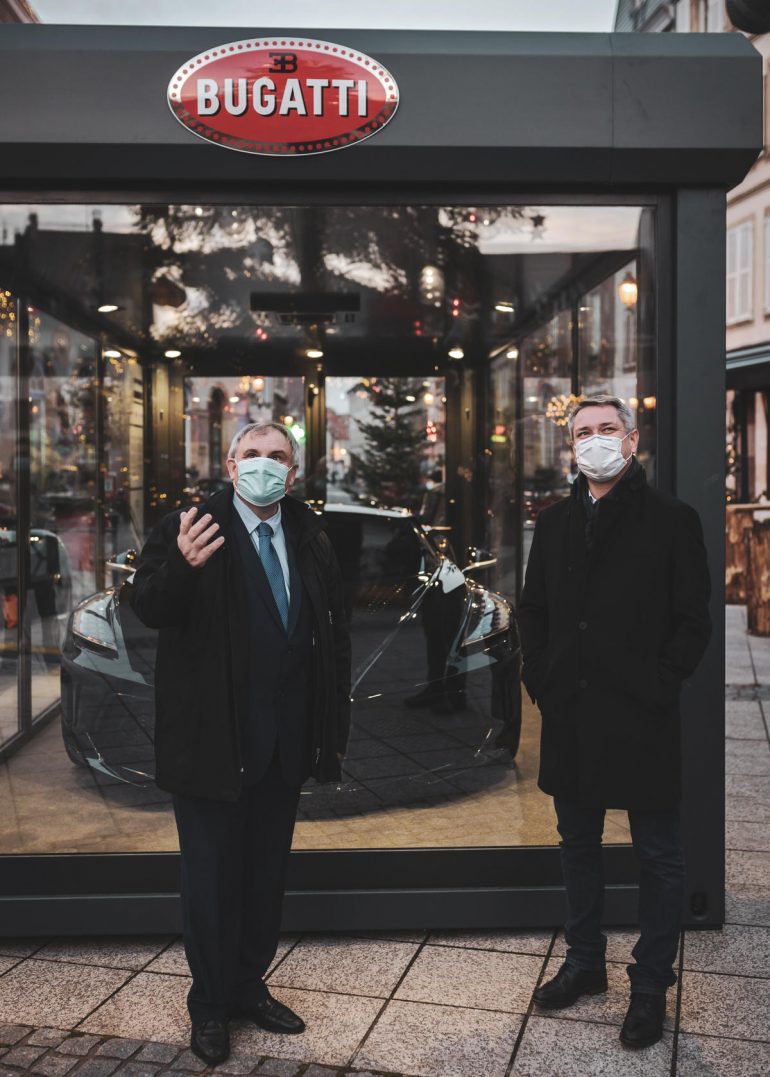 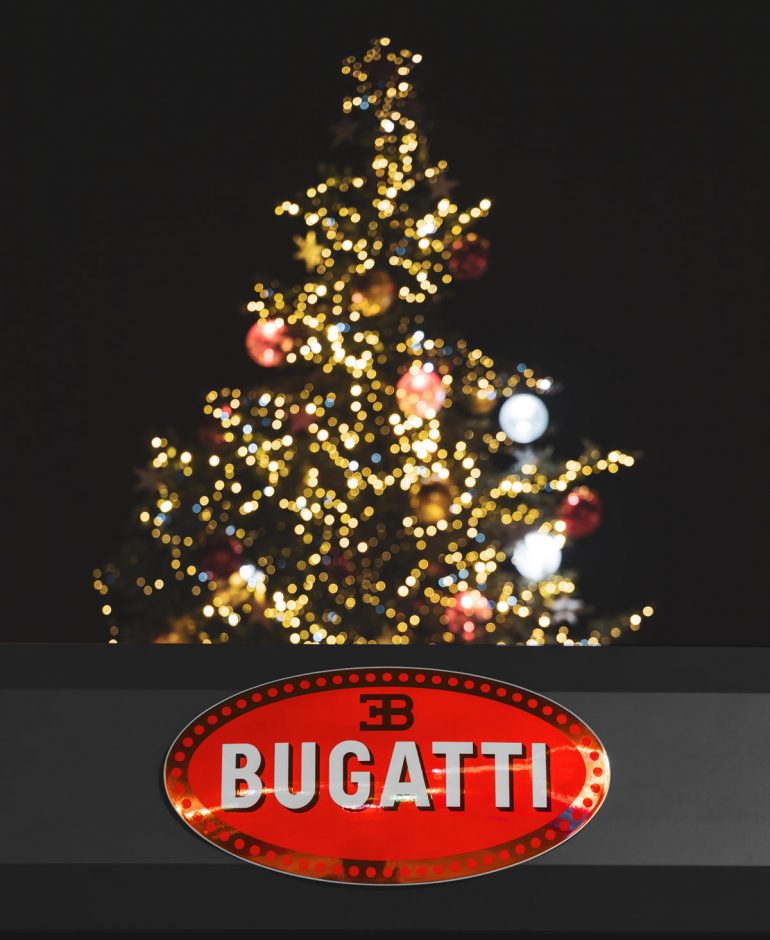 Tags from the story
Bugatti, Christmas