Dutch luxury yacht builder Feadship recently revealed a 63-meter all-aluminum sports yacht concept called Project 3073. The sleep yacht concept was unveiled on the company’s YouTube series called Feadship Unveils, and it was presented by Feadship’s CEO Henk de Vries and design head Tanno Weeda. Described as an ‘exceptionally fast Feadship,’ the state-of-the-art Project 3073 concept is inspired by classic sports cars, especially the Jaguar E-Type – something that can be easily noticed by looking at the extended deck of the megayacht that’s designed to look like the elongated frontend of the iconic British sports car. And we know that the E-Type is arguably the prettiest car ever designed. The elegant and sleek lines of the megayacht give a feeling of sportiness and speed.

It’s not just the design of the Project 3073 inspired by sports cars; the megayacht even packs a state-of-the-art propulsion system that is meant to give it sporty performance like a sleek racer. The “exceptionally fast” sporty yacht is fitted with an innovative propulsion system that uses water jets rather than propellers to give it a top speed of around 30 knots. For comparison, an ultra-efficient electric equivalent can reach speeds of 20+ knots. However, the highlight of the luxury yacht is a full-sized glass-bottomed pool right above the owner’s stateroom. Described as “one of the most interesting parts of the yacht” by Weeda, the allows light to penetrate right through its floor into the room below “to create a spectacular and constantly evolving ambiance.” Another notable design feature of the Project 3073 is an open bridge deck wheelhouse that connects to the main deck saloon to give a sense of flow. According to the shipyard, the concept was initially developed for a client who already owned two Mangusta superyachts and asked Feadship to create “something sleek and sporty and elegant.” 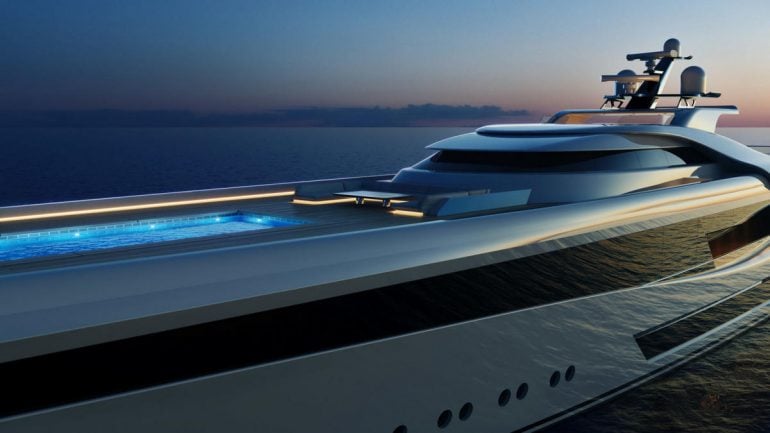 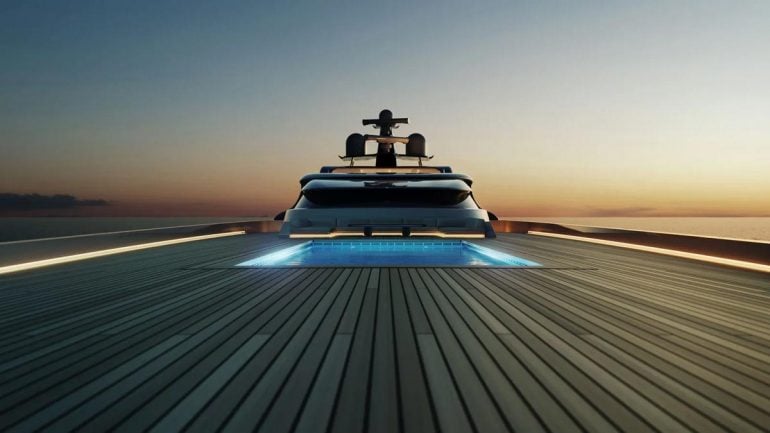 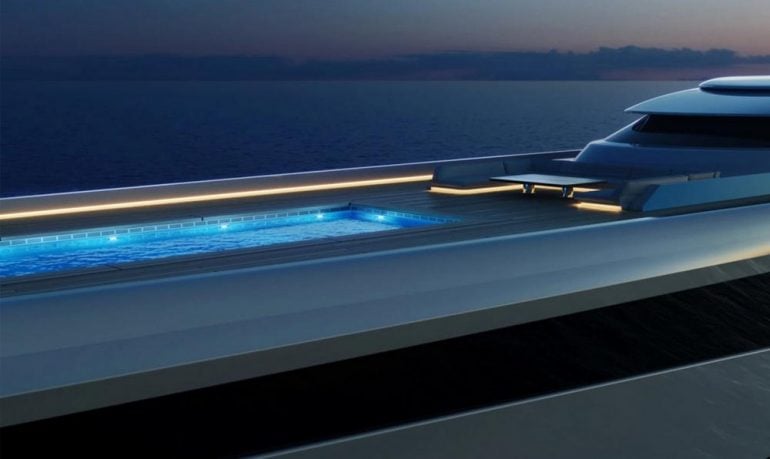 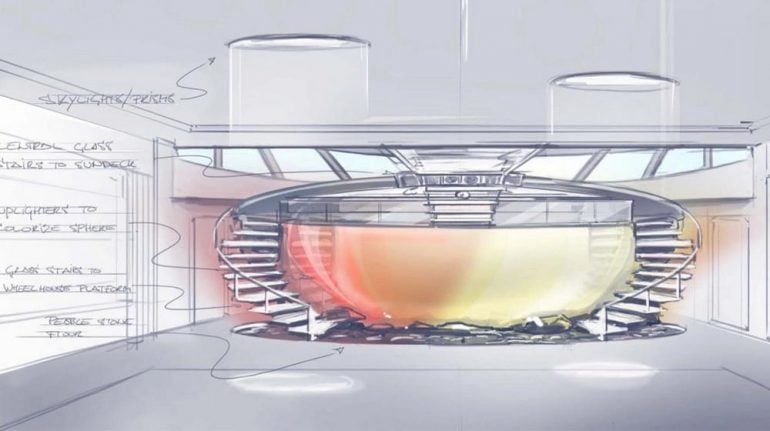 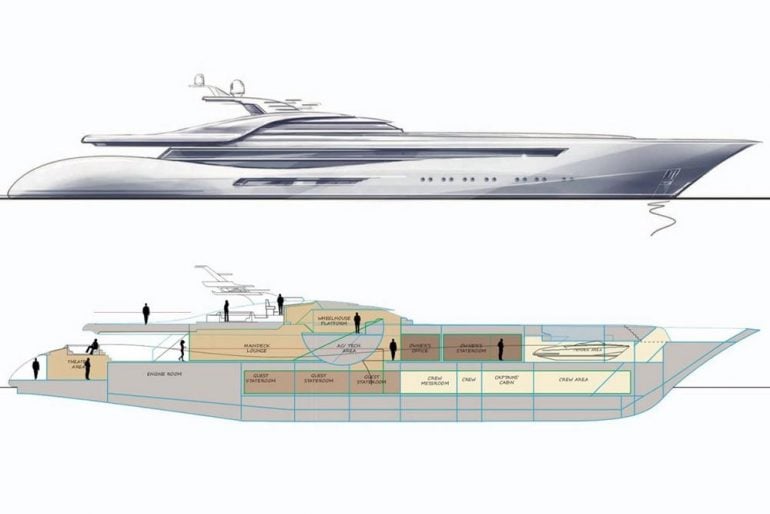