Take one good look at Chengdu’s futuristic fully-automated unmanned metro station, and you will believe that China is certainly living in the future. The truth is, their present looks exceedingly futuristic and technologically advanced thanks to the brilliance of J& (Shenzhen firm Jiang & Associates Design) and Sepanta design. Inspired by nature’s many forms and shapes, these 13 stations stand out with impressive fluid forms and cellular motifs. They have been under construction since 2016 and are an extension to the existing Chengdu Metro system. Line 9, the first unmanned metro line in the west of China, will run between the southeast and northwest of the Sichuan Province’s capital. The unmanned station also remains so inside the trains that it replaces drivers with a 5G mobile network to communicate with each other. Reza Esmaeeli, founder of Sepanta Design and Design Director at Chetwoods Architects, says, “Chengdu metro stations are not going to be merely points of transit. They are going to be memorable spaces that offer their passengers an artistic and futuristic expression of their own culture.” 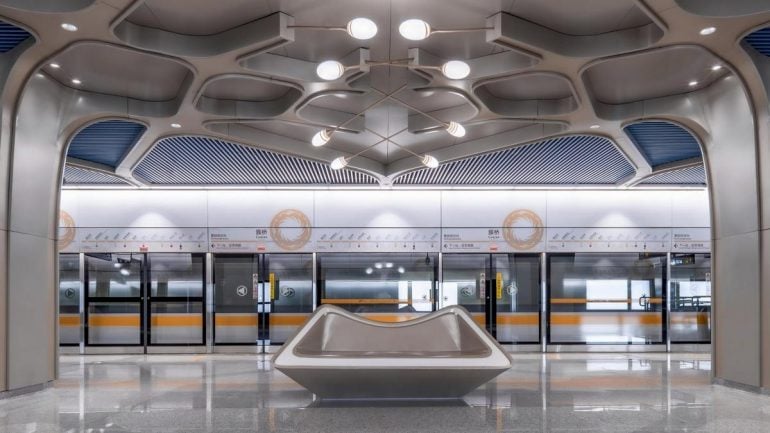 All of the 13 stations have been categorized as feature stations and standard artistic stations. Both categories have their own unique characteristics like Incubation Park, Jincheng Avenue, Cuqiao, and Jitouqiao reflecting their local environment. 9 standard artistic stations have a common design theme based on embroidery techniques interpreted in the form of flowing, continuous lines and patterns and placed across ceilings, walls, floors, columns, and furniture. Driverless metro lines are almost a decade old in China, and Chengdu’s Line 9 joins cities like Shanghai and Guangzhou to offer the best in technology and travel. 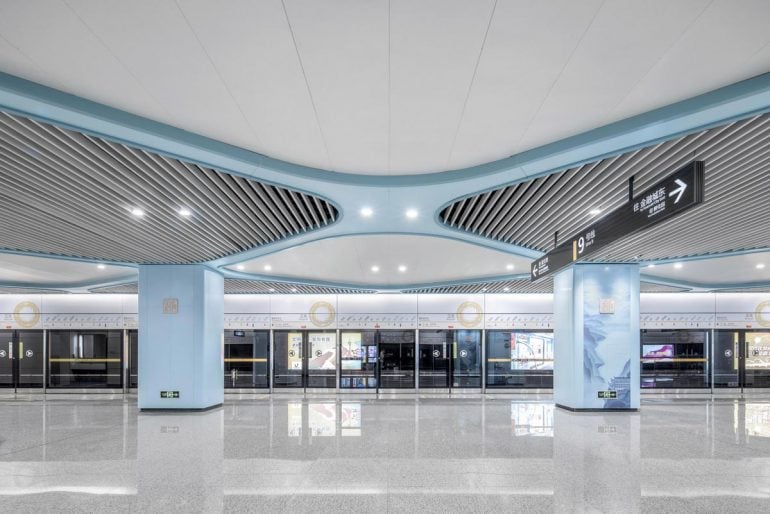 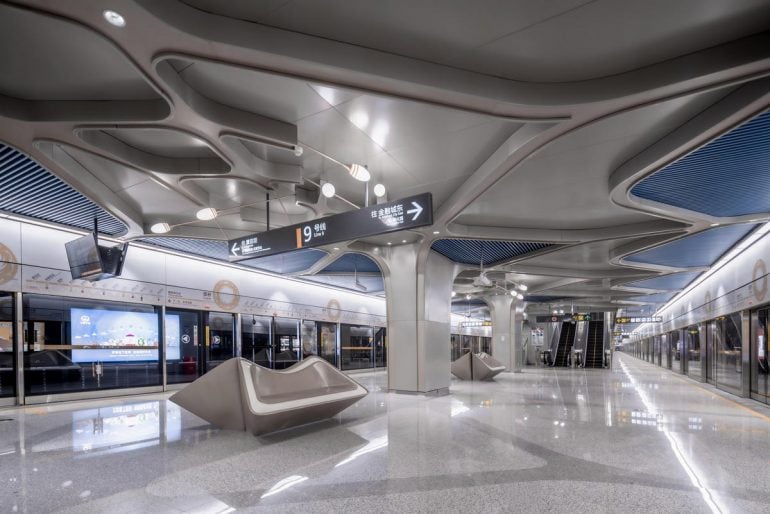 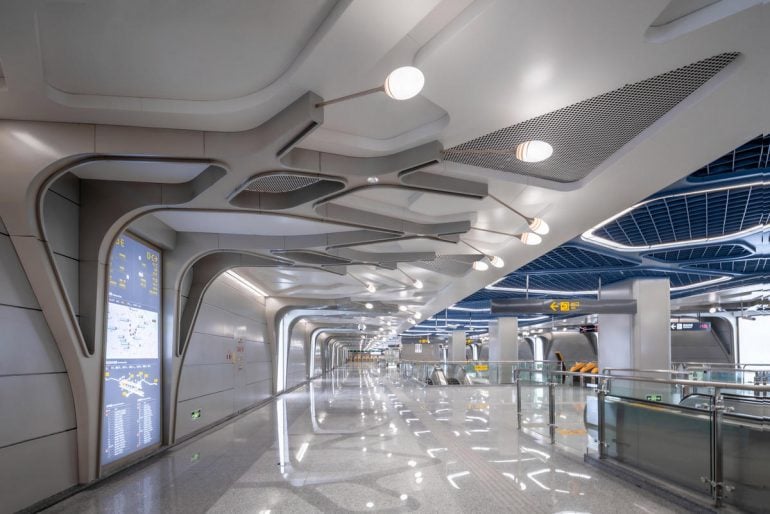 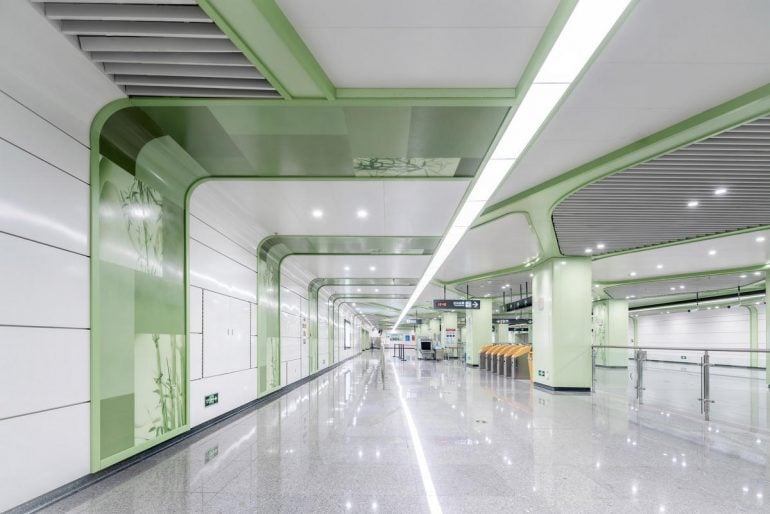 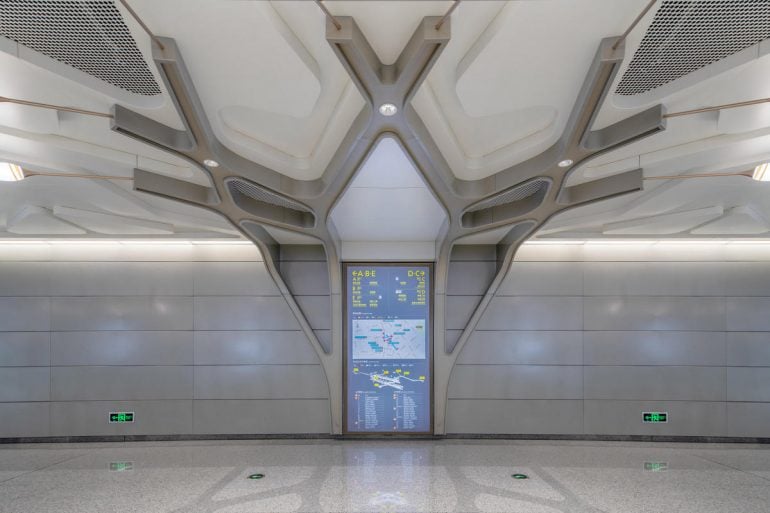