When a classified advertisement starts with “Yes this is a real ad,” you know you’ve stumbled upon something special. A VW Beetle might not sound like the most exciting find on an online marketplace platform. But, what if I told you that the Beetle is powered by a fire-spitting jet engine! Yes, you read that right. There’s a jet-powered VW Beetle on sale and the best thing is that the car is perfectly road-legal. The beastly machine has been put up for sale on Craigslist in San Francisco and the description along the classified is just as interesting as the car. It was built in the mid-2000s by a mechanical engineer named Ron Patrick who has a Ph.D. in mechanical engineering from Stanford. According to Patrick, he built the jet-powered car because he “wanted the wildest street-legal ride possible.” 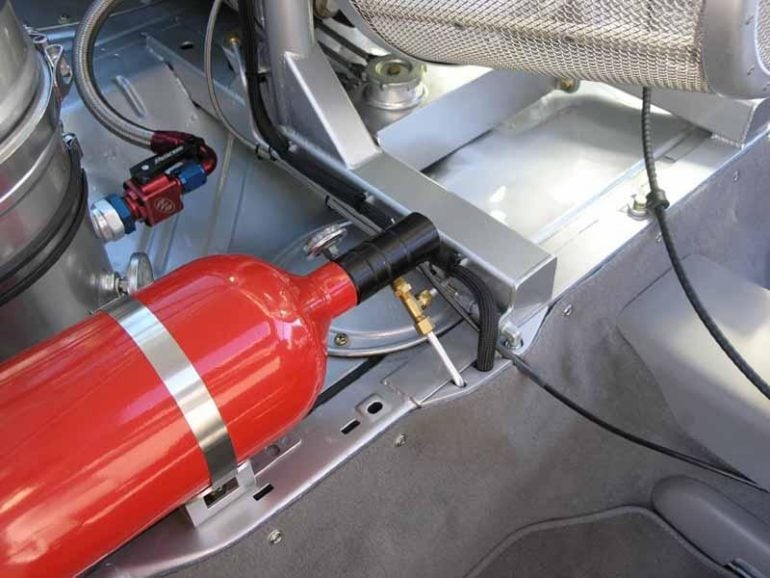 The flame-throwing VW Beetle is powered by two engines. It retains the factory motor under the front hood that powers the front wheels. At the back is a General Electric Model T58-8F jet engine that weighs 300lb and provides an additional 1350 horsepower. Designed to power helicopters, the engine idles at 11,000 rpm and can spin up to 26,000, which can be controlled by a lever mounted next to the car’s factory gear selector. Patrick had to make numerous modifications to the car to make this unusual set-up work, which includes a custom Kevlar fuel cell for the kerosene to power the jet engine and a heat blanket to keep the rear bumper from melting. The mad engineer, however, has never tried finding out the top speed of his Beetle. “The car was built to thrill me, not kill me,” he writes. “That doesn’t stop me from the occasional blast on the highway though.” The classified states that the registration of the street-legal Beetle is up to date and it can be yours for a cool $550,000. 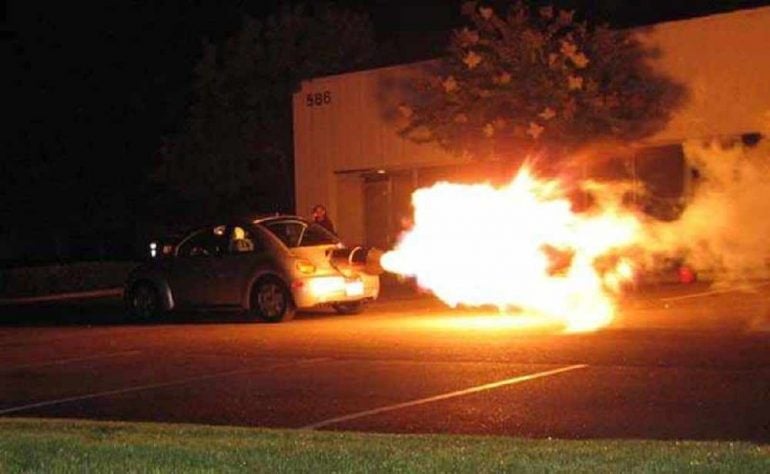 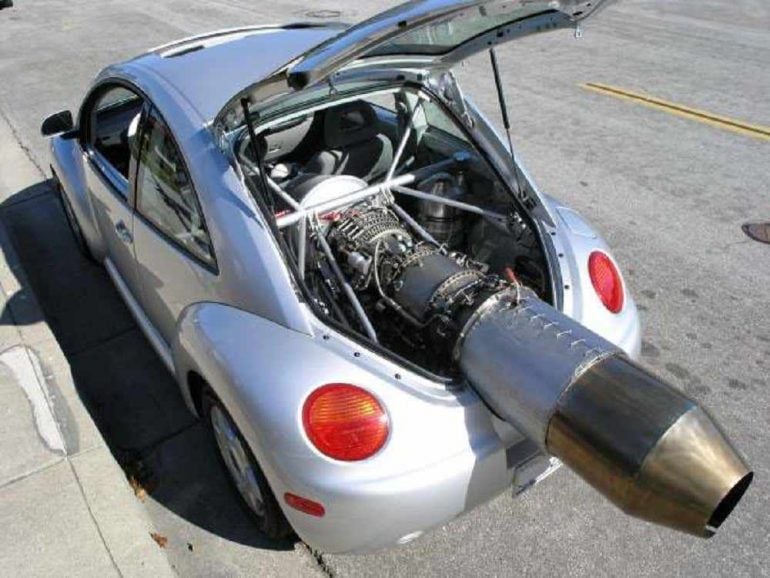 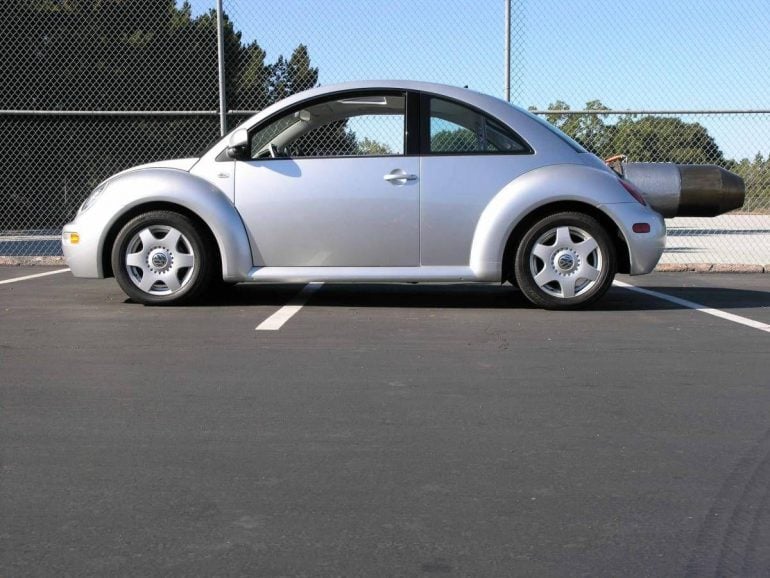 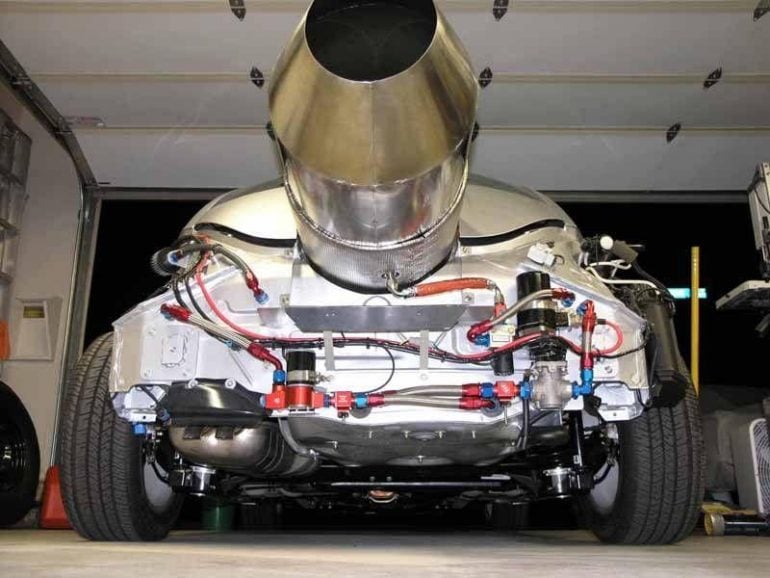 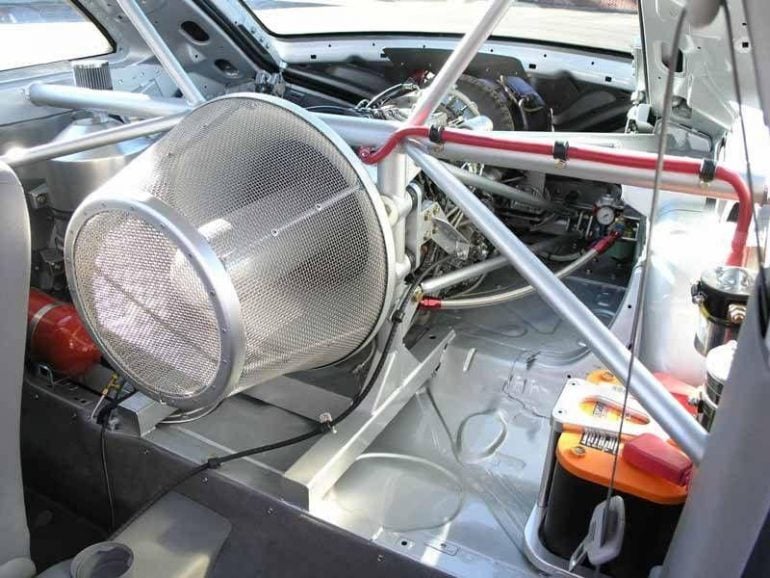 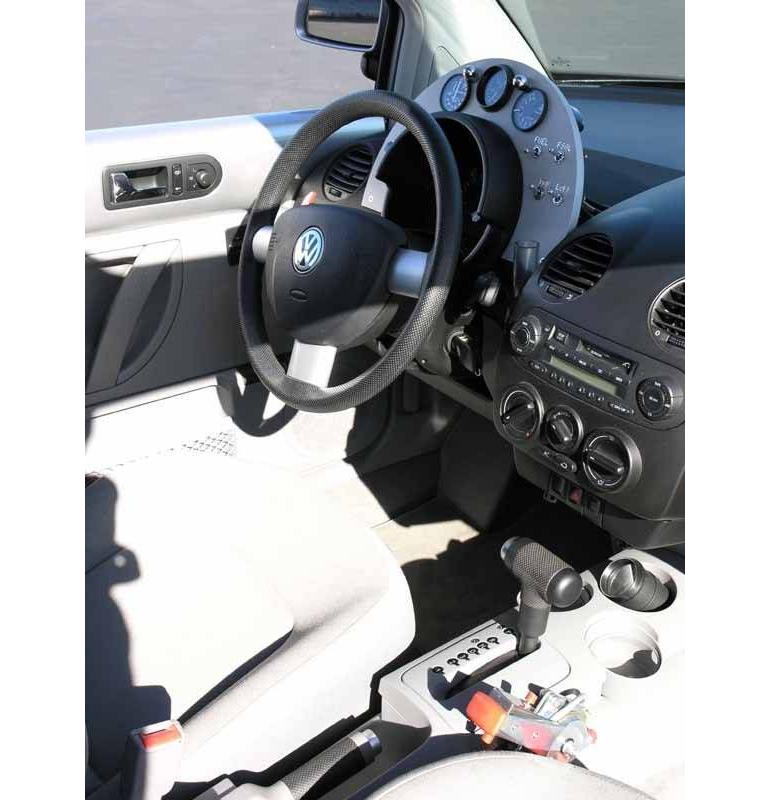 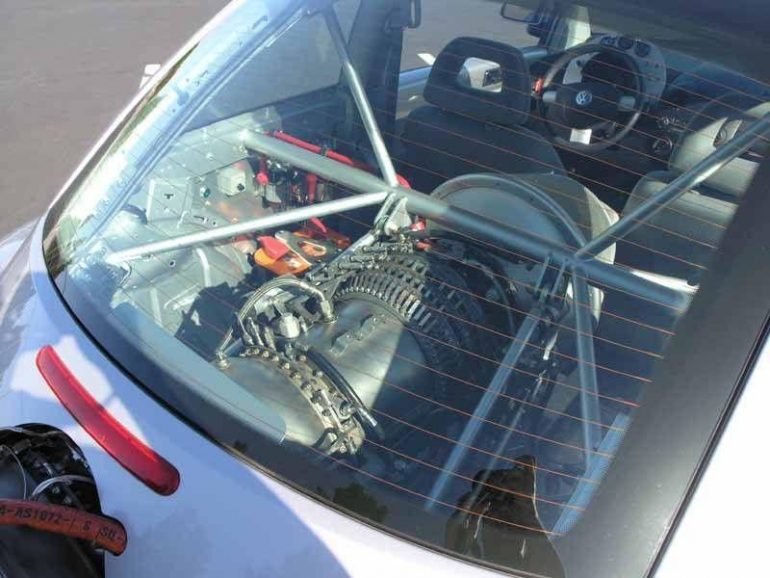 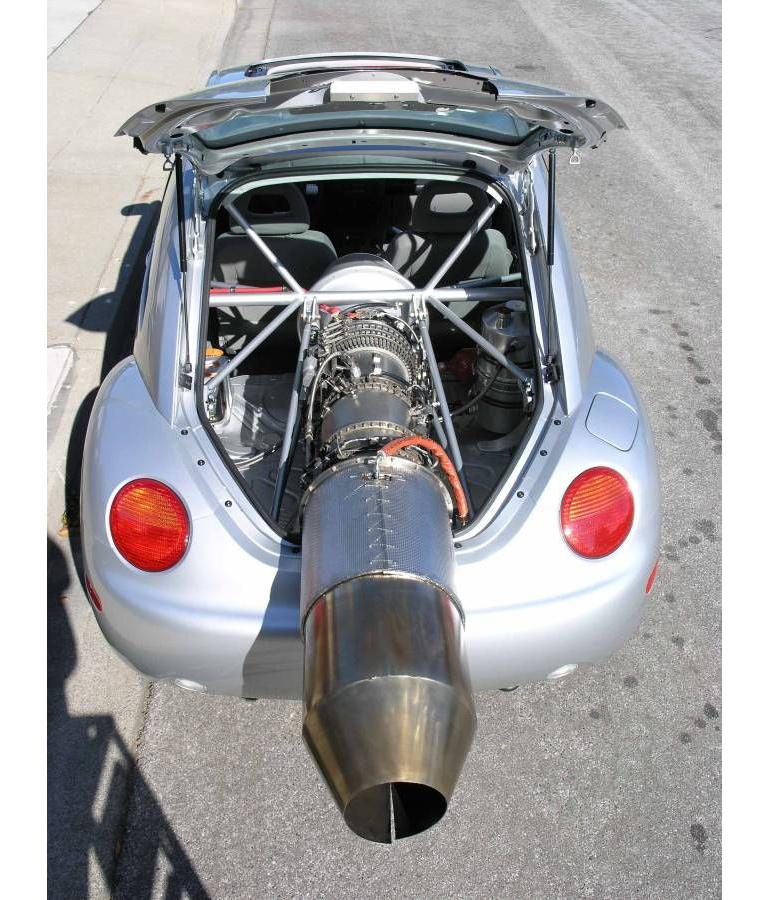 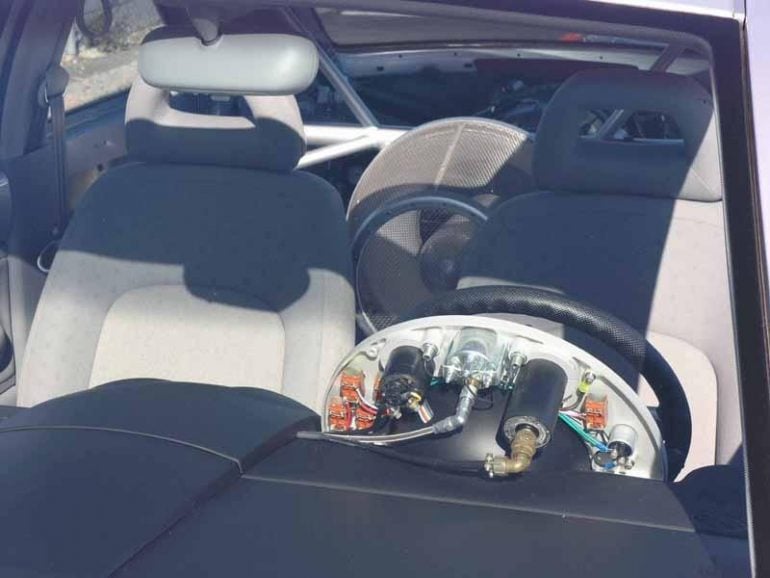 Tags from the story
Volkswagen