We have entered into a new era of mobility where portable, battery-powered transportation like e-bikes, electric skateboards, and e-scooters have become very popular, especially in congested cities with clogged roads where it makes more sense to use these electric transporters for small distance commute. Naturally, this has thrown open a big opportunity for manufacturers to make their own versions of e-bikes and scooters. Boosted, an American company that became hugely popular by selling electric skateboards has now ventured into e-scooters, while a few weeks back BMW introduced its own electric scooter priced at $890. Capitalizing on this growing segment, Hammacher Schlemmer has introduced an e-bike that looks like a hybrid between a bicycle and a scooter. Instead of a straight frame that we usually see on scooters, this version has two rings as the mid frame with a hinge in the middle. This design attribute helps the scooter get folded into a tiny form that can easily fit into a backpack for easy travel. 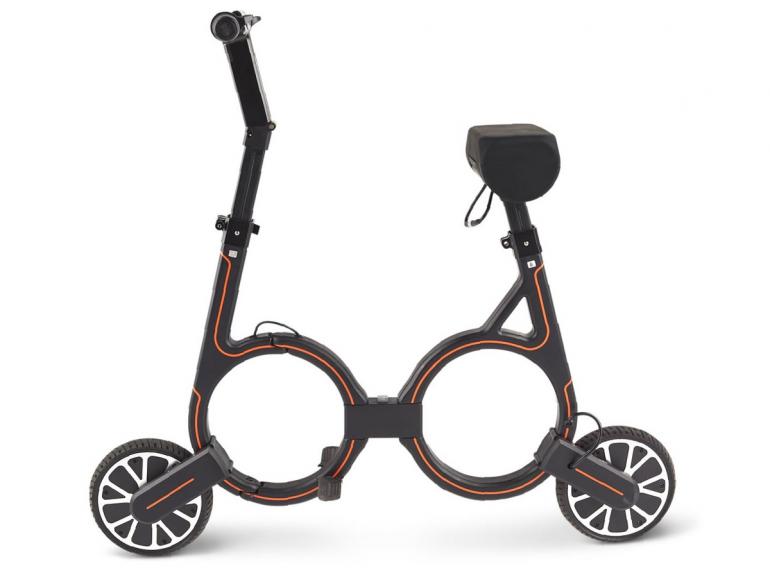 The frame is made out of carbon fiber to make the scooter as light as possible; it only weighs only 17 pounds. A 36-volt lithium battery powers the single 240-watt brushless electric motor. The e-scooter has a top speed of 12mph, can climb at a gradient of up to 15 degrees and has a range of 12 miles. It also comes with a smartphone app that locks/unlocks the bike’s accelerator to prevent theft. 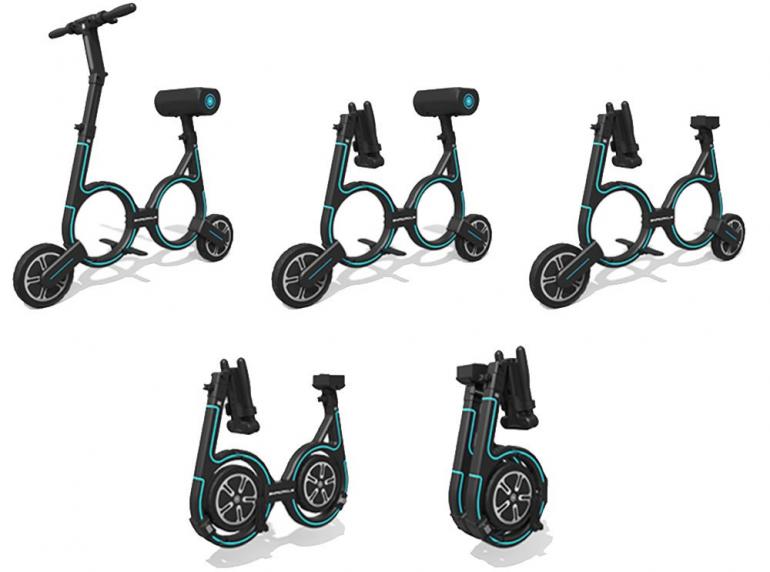 Tags from the story
Electric-Bike