Triumph has revealed the brand new Tiger 1200 which has been completely overhauled from the ground up to help it compete with the segment-leading BMW R 1250 GS. Just like the Tiger 900, the newest iteration of the big adventure motorcycle has been launched in two model ranges – the road-biased GT and off-road-focused Rally ranges. However, Triumph will also offer ‘Explorer’ variants for both the model ranges that will come with a larger 30-liter fuel tank instead of the standard 20-liter tank. Starting with the design, the new Tiger 1200 gets Triumph’s latest design language which has been previously seen on the new Tiger 900. What that means is it’s a lot slimmer than lighter than before.

The most noticeable design element on the latest Tiger 1200 is the new headlight design. Just like the Tiger 900, the new Tiger 1200 gets a slim headlight cluster that not only gives the ADV an aggressive look but also appears sleeker than before. The new windscreen on top of the headlight can be adjusted by one hand. The previous generation Tiger 1200’s single-sided swingarm has been replaced with a new ‘tri-link’ swingarm, which along with the drive shaft system is almost 3 lbs. lighter. Even the seat is slimmer, making it easier for the riders to plant their foot on the ground despite the tall seat height. 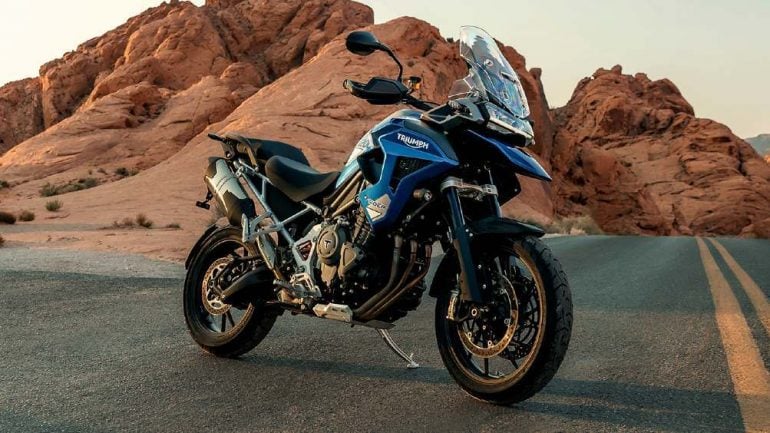 The new Tiger 1200 is powered by a new 1160cc engine that produces 150hp and 95 lb.-ft of torque. That’s 10hp and 5 lb.-ft more than the triple-cylinder engine from the previous Tiger 1200, despite being smaller in size. Triumph has also used their ‘T-plane’ crank design, which has uneven firing intervals. The motorcycle also uses a brand new chassis that weighs almost 12 pounds lighter. In fact, Triumph went to extreme lengths to shave off weight. Even the fuel tank is made of aluminum. As a result, the new Tiger 1200 is lighter by more than 50 pounds as compared to its predecessor. 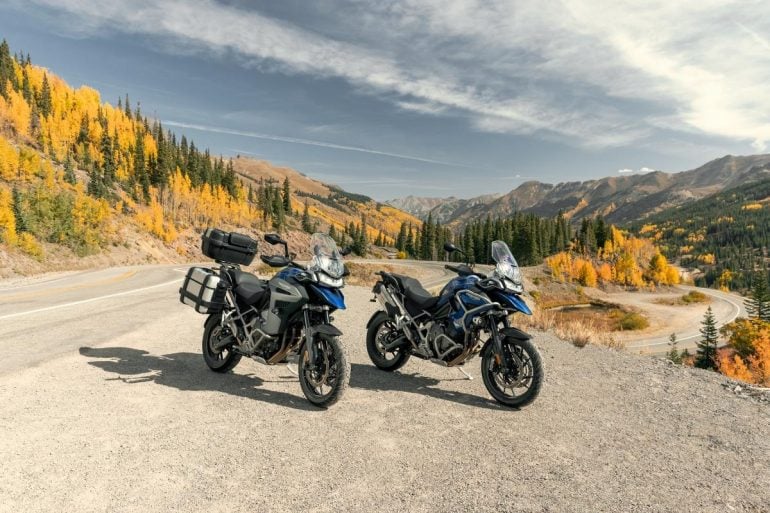 As far as hardware and electronics are concerned, all the variants of the new Tiger 1200 get electronically-controlled Showa semi-active suspension as standard, which offers nine levels of damping adjustment between Comfort and Sport. The preload can also be adjusted electronically. The GTs are fitted with 19in/18in cast wheels, while the Rally models roll on 21in/18in spoked wheels. The ADV is fitted with a radar system by Continental, which we have already seen on the Ducati Multistrada V4. However, unlike the Ducati, the unit offers a blind spot and lane change warning system and doesn’t get adaptive cruise control. The US pricing is yet to be announced, but the new Tiger 1200 has a starting price of £14,600 (around $19,200) in the UK. 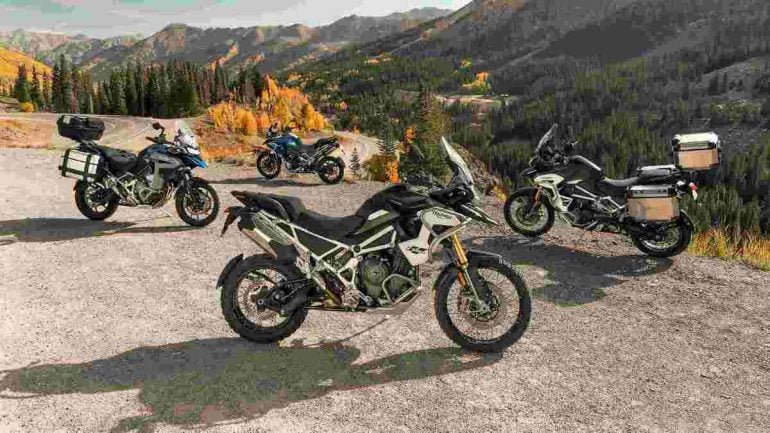