When Lotus announced its plans to foray into motorcycles, it had created quite a buzz and surprised many. For a company that has been building lightweight sportscars for half a century, the decision to enter the motorcycle business had got everybody excited and a year after the project was announced, the Lotus Motorcycles C-01 has finally been unveiled. It may look like a concept version but this is it. And the moment you see it, you’ll quite clearly notice it is not a usual motorcycle but a special machine with two wheels. But no one expected Lotus to build a usual motorcycle with a mundane design, and though it may get mixed reactions as far as the looks go, we love it! 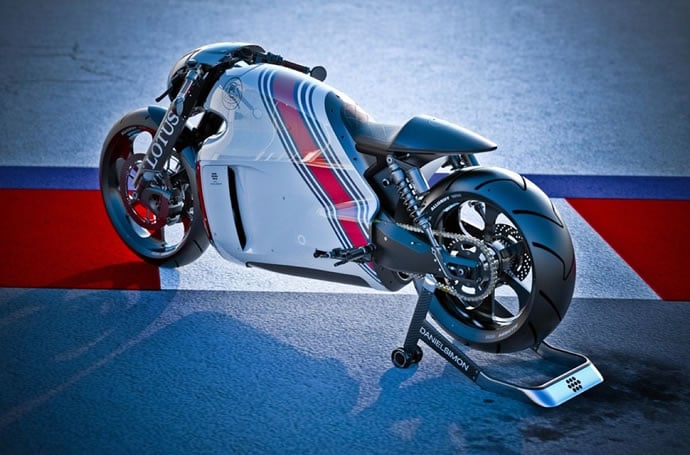 The C-01 has been engineered and built by German car racing team Kodewa and tuning firm Holzer Group and designed by Daniel Simon, who was a designer with Bugatti and also the vehicle concept designer for ‘Tron: Legacy’, which explains the lunacy of the C-01’s design. Design-wise, the C-01 looks like a modern-day interpretation of old-school Bonneville speed racers; and be it the futuristic looking air-intake or the slick carbon fiber fairing, the motorcycle looks delicious! It may look heavy thanks to its retro styling, but the Lotus motorcycle sticks to the automaker’s mantra of light is good and weighs just 180kg. The Lotus C-01 is powered by a 200 hp, 75 degree v-twin Rotax motor similar to that used in the KTM RC8R superbike and the chassis is made up of steel, titanium and carbon fiber. The company released official images of the bike in three different color schemes including carbon fiber black, British racing green which was expected on a Lotus, and finally a blue and white variant that resembles the Martini livery. The pricing has not been announced but the company will build only 100 examples. 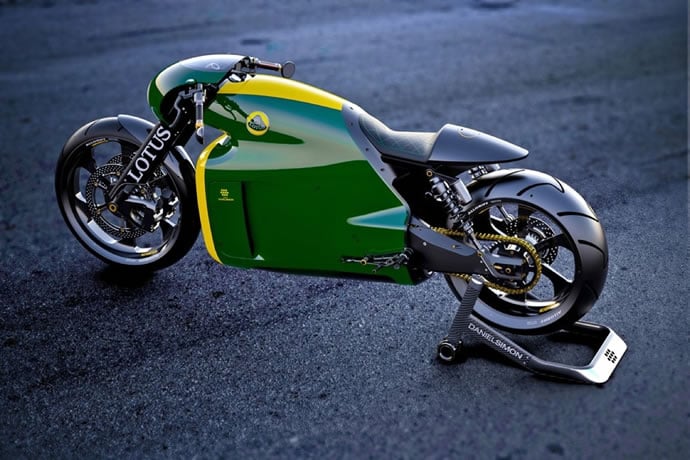 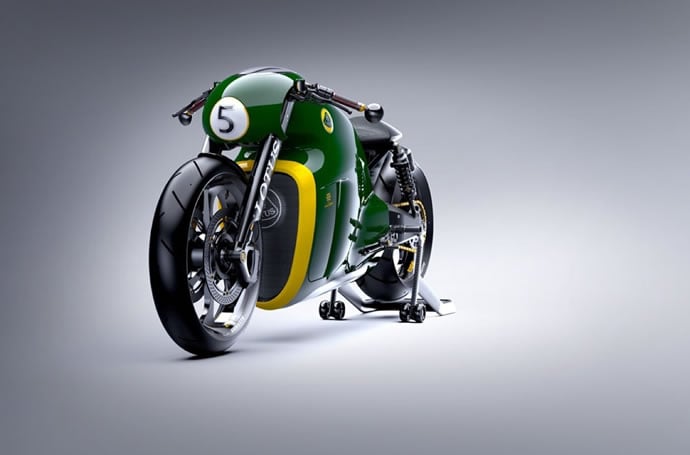 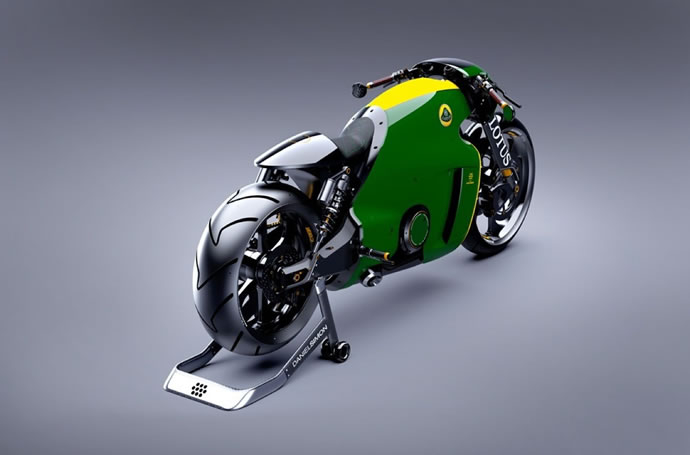 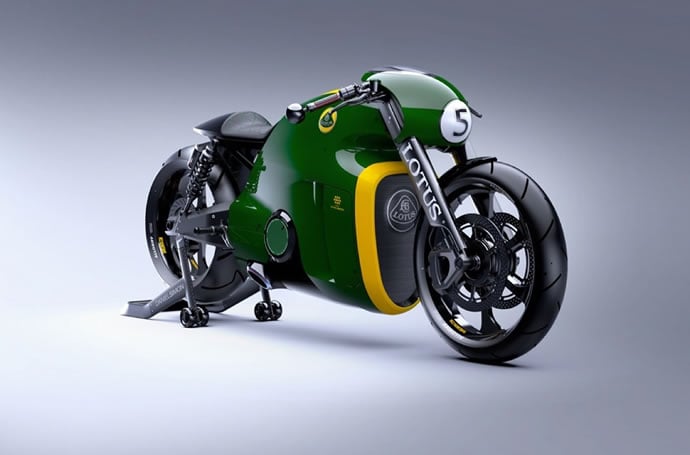 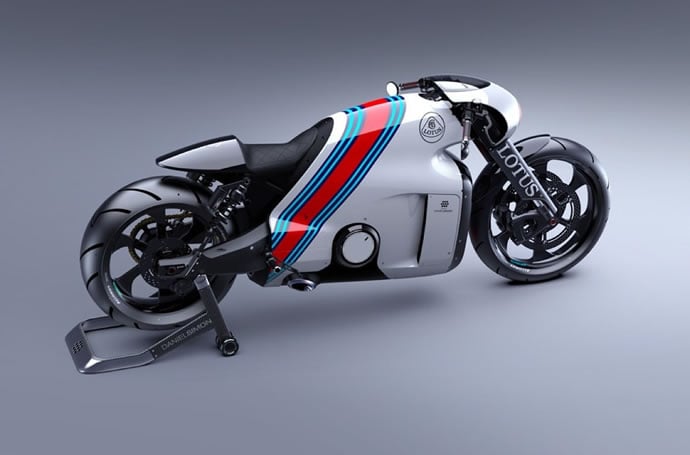 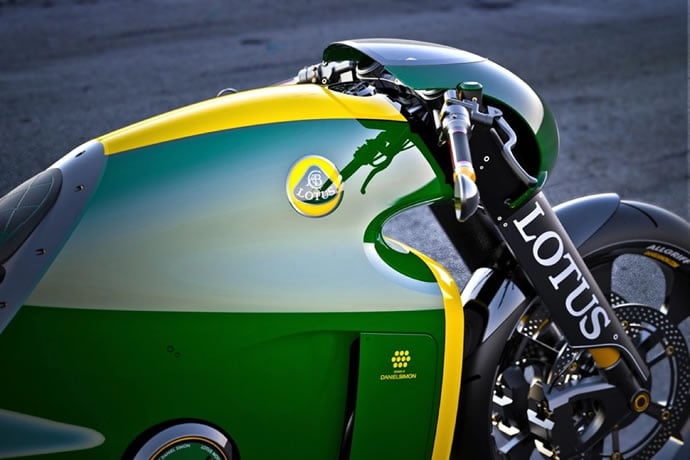 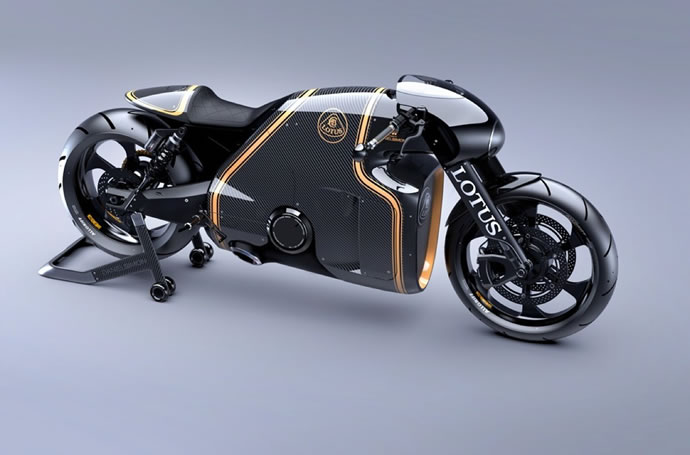 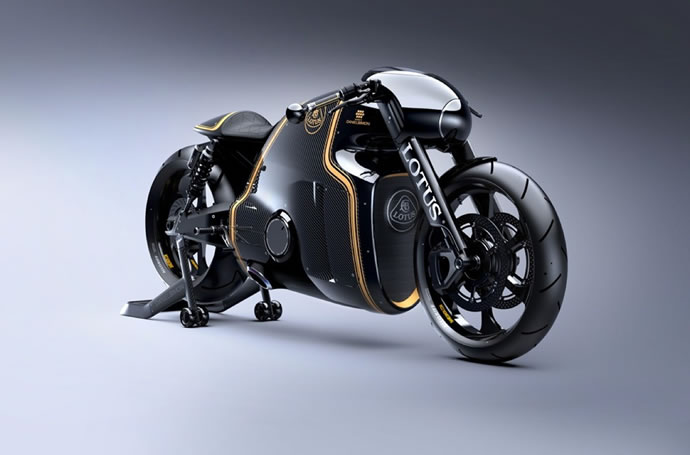 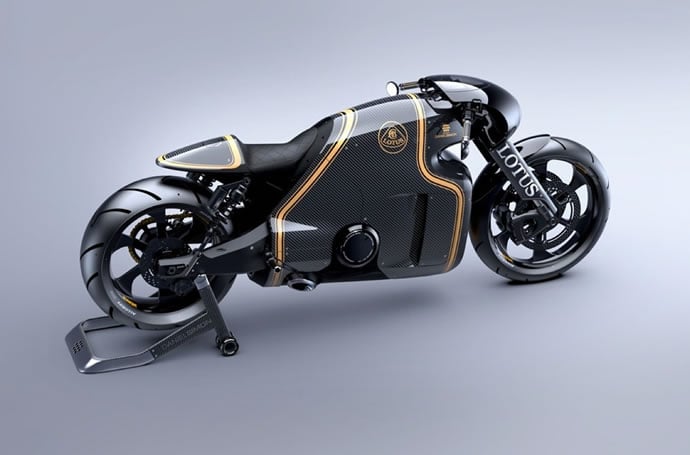 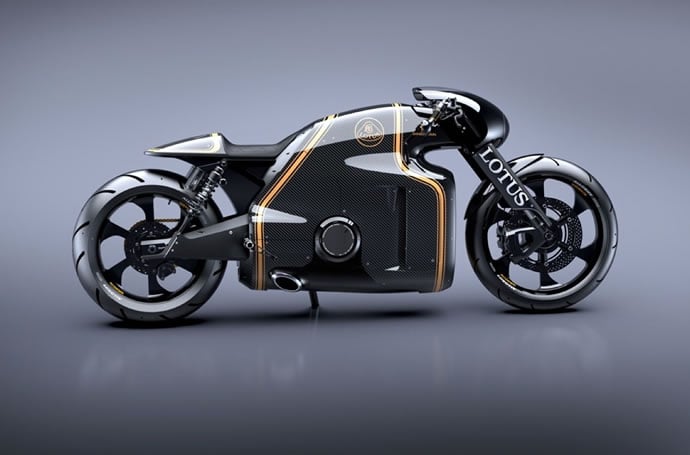 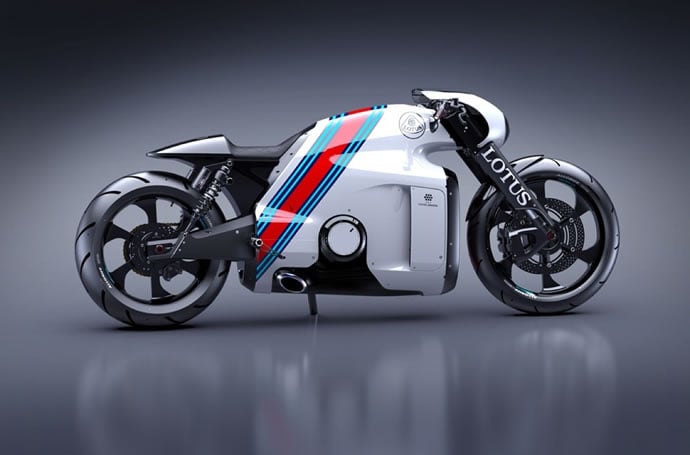 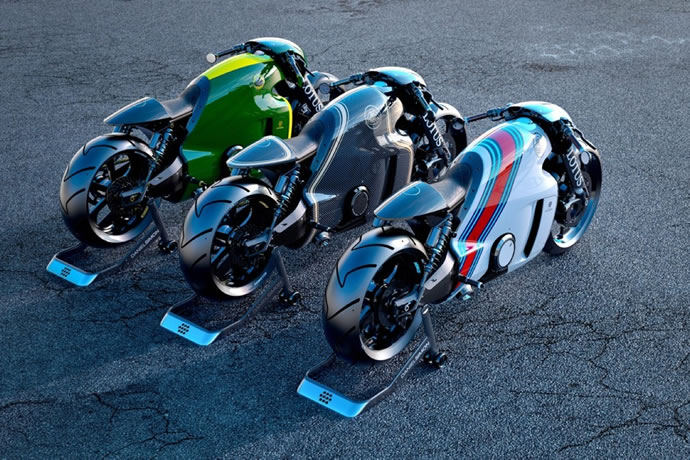 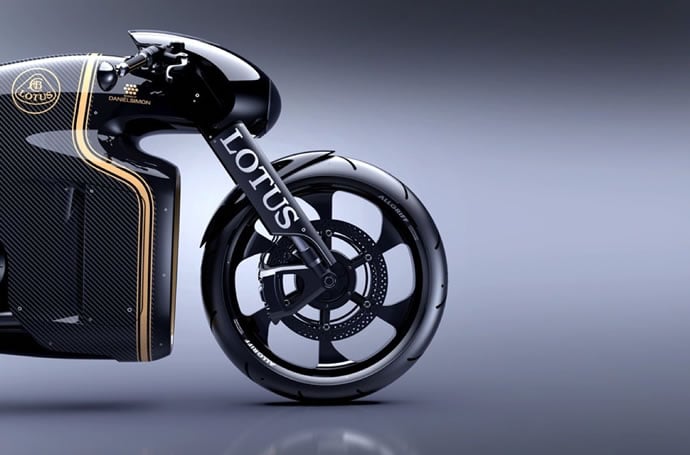 Tags from the story
Lotus, Motorcycles