If your childhood dream was to zip around on a Star Wars Speeder, it might soon become a reality! California-based JetPack Aviation has been developing a jet-powered flying motorcycle and it has successfully completed initial flight testing of its prototype named P1. The company concluded five months of testing in May during which it hit several benchmarks that “demonstrated the Speeder’s ability to take-off, climb, hover, yaw and perform slow transitions into forward flight.” The JetPack Aviation Speeder has been envisioned as a jet-powered, vertical takeoff and landing (VTOL) aircraft that will be small enough to be transported in a car or motorcycle trailer. The company claims the production model will be able to hit a top speed upwards of 300 mph, with a maximum carrying capacity of 600 pounds, and cruise at an altitude of 15,000-feet above ground.

The P1 prototype features a relatively bigger aluminum chassis and it was tethered during the flight tests. The company has already started working on the next iteration named P1.5 that will use a smaller frame with carbon-fiber body panels. It will fly without a tether and look much closer to the production variant. It will be followed by the P2 that will feature a fully-formed body and compact wings. While the prototype model has four turbine engines, the production model will be powered by up to eight engines. 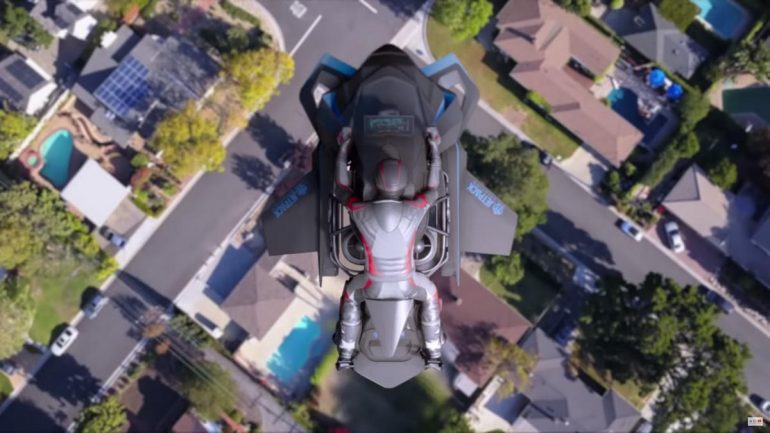 Crucially, the turbine engines will feature a vectored-thrust system that will the craft stay electronically stabilized. JetPack Aviation also claims that the Speeder will need almost no prep work for launch. Currently, Speeder’s engines can run on jet fuel, diesel or kerosene, but the company claims it is committed to adopting zero-net carbon fuel. 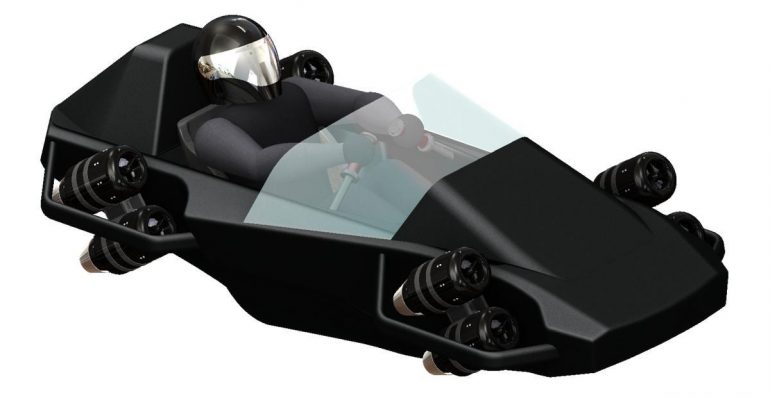 The production version of the Speeder will have a modular design, with different types of frames and propulsion setups that can be easily swapped for different usage.

“We’ve got potential end users in the US Marine Corps that want to be able to fly, say, 300 miles. To do that, you’d need a large wingspan of 15-17,” said Jetpack Aviation CEO David Mayman. The company initially said the Speeder will cost around $380,000, but that’s likely to increase by the time the production model hits the market. 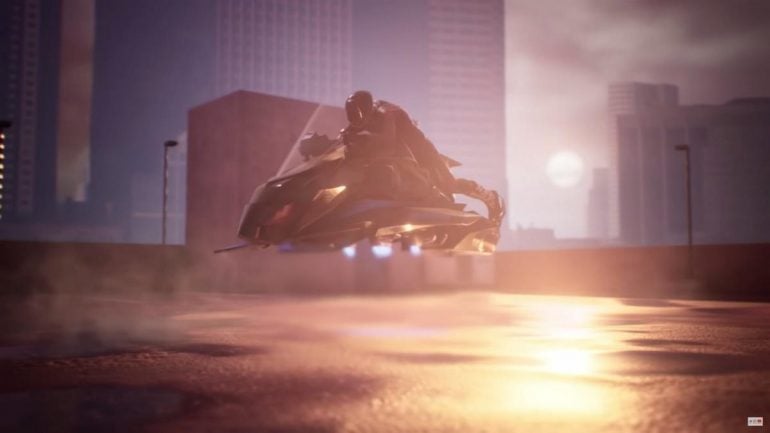 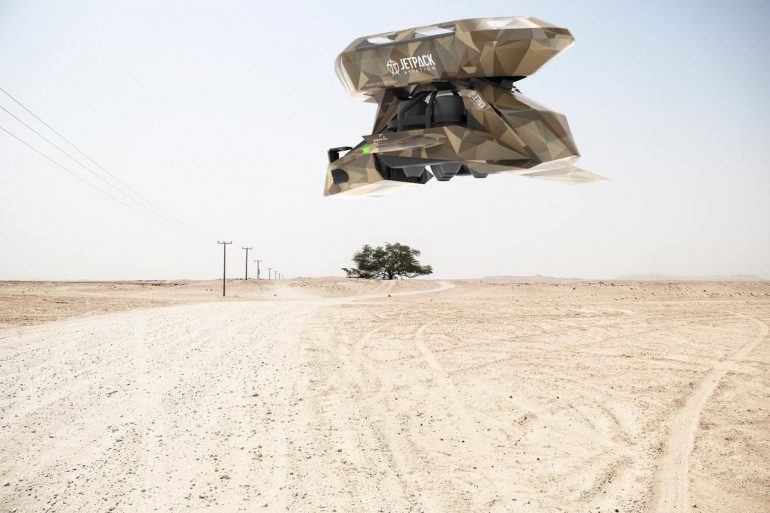 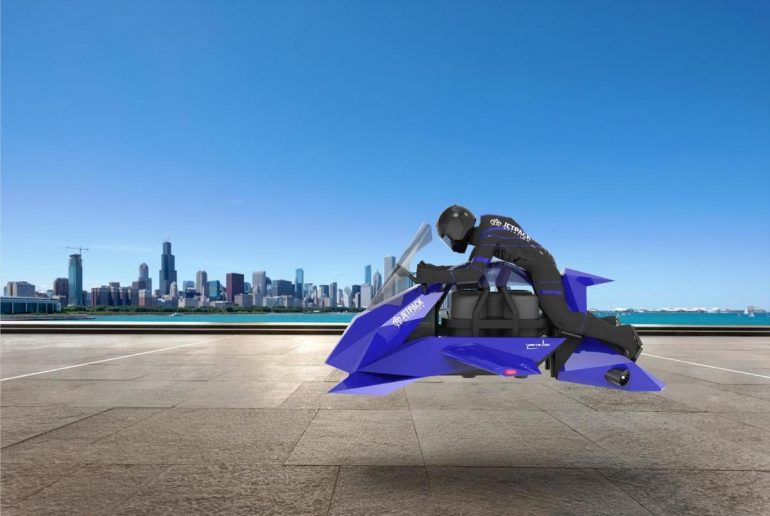 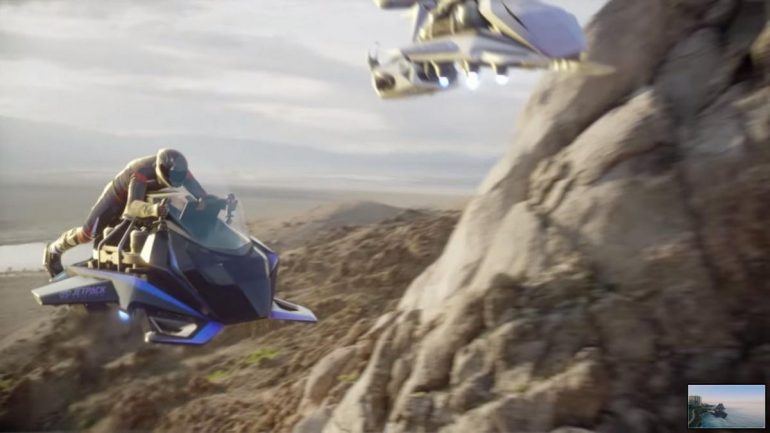 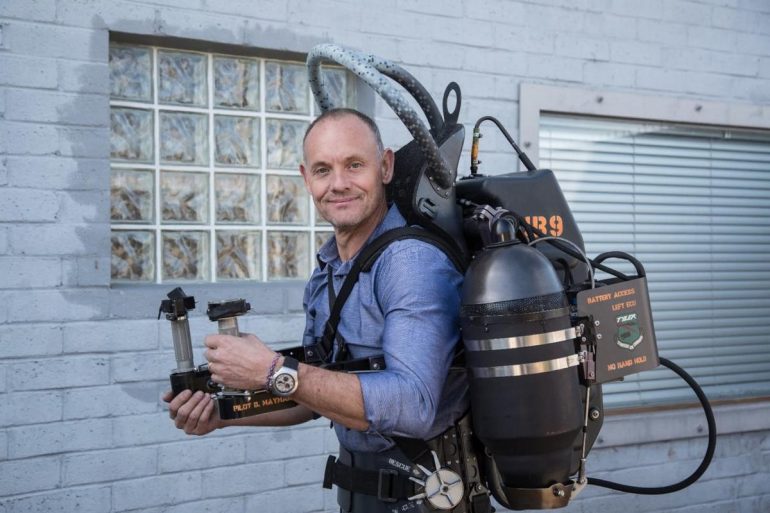 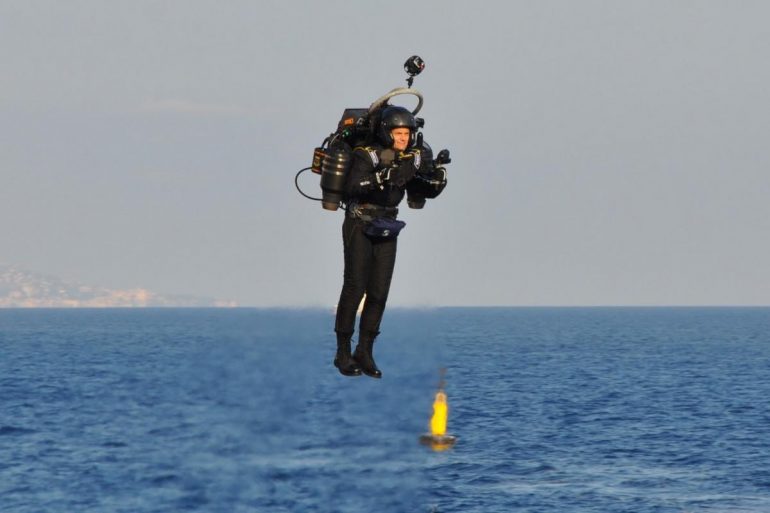 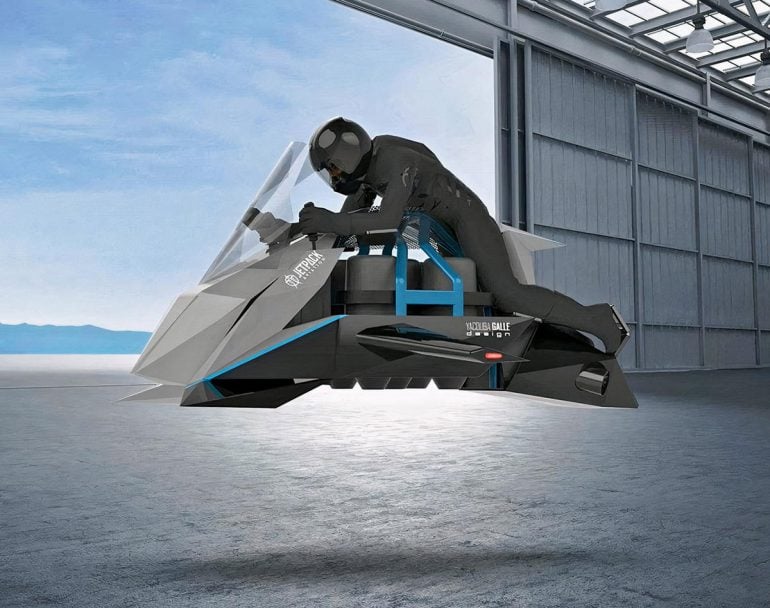 Tags from the story
Jetpack, Motorcycles