The Swiss really seem to love their planet and are out there to tell the world that pollution-free technology is not a mere experiment or a lab test but a very relevant and workable technology. That explains the solar-powered boat “PlanerSolar.” This sea skipper can ride the high seas at top speeds of around 15 knots, that too, with 50 people on board! Costing a whopping $24million, this 31meter long and 15meter wide white catamaran has a 5,380 square feet top covered with black solar panels and has a bright white cockpit in the center.

This Swiss vessel has been constructed at the Knierim Yacht Club in Kiel in Germany, and the 2-crew 60-ton ship will be on voyage as close as possible to the Equator since is powered by solar energy. The vessel will go on a 40,000-kilometre journey for around 140 days on an average speed of eight knots. 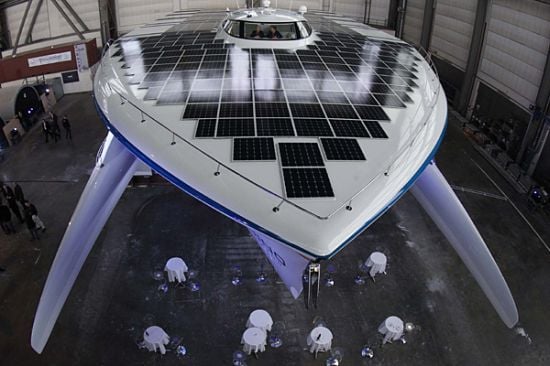 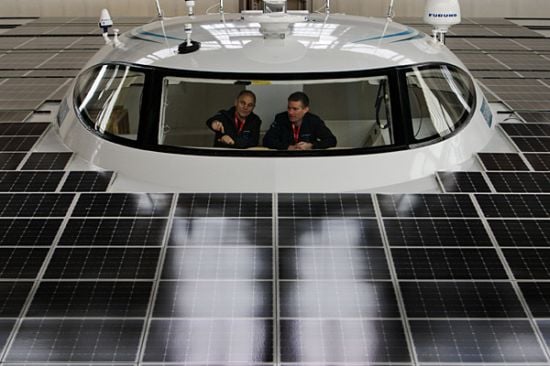 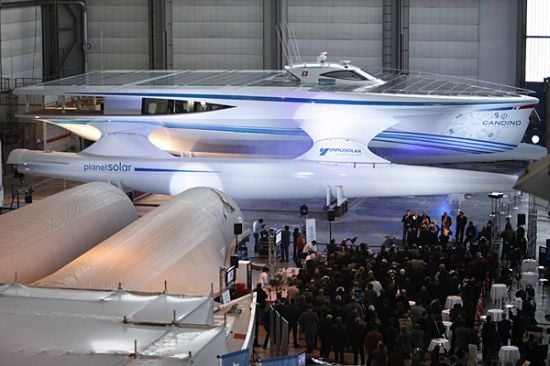