Remember the yellow-colored McLaren P1 that was left dangling on top of a toilet after Hurricane Ian ripped through Florida last year? Well, the severely-damaged million-dollar-plus hybrid hypercar might soon be restored to its former glory as it has been purchased by someone with the intention to get it back on the road. A few months back, the flood-damaged P1 went up for sale on salvage auction site Copart, with some rumors suggesting that it had a rather staggering $800,000 reserve. However, it was purchased by a YouTuber named Tavarish who reportedly paid $400,000 for the P1. A few weeks back, he posted a picture of the flooded McLaren hypercar on Instagram with a caption that read: “If this post gets 40,000 likes, I will spend every cent I have (and borrow) to buy this McLaren P1 from Copart and restore it down to the last bolt for YouTube’s biggest car project ever.” As you may have guessed already, the post received more than 40,000 likes; in fact, it currently has more than 179,000 likes.


Rebuilding the P1 is not going to be easy, nor will be cheap. The photos from Copart’s auction page show the extent of damage endured by the hypercar; although, it was marked as “flood reconditioned.” It basically means the car has undergone special treatments to extract water and prevent mold, fungus, and odors. Interestingly, the title is simply listed as a “certificate of destruction,” which means this hybrid hypercar is considered almost unrestorable. Furthermore, getting replacement parts, including its powertrain, would be extremely difficult if not impossible. 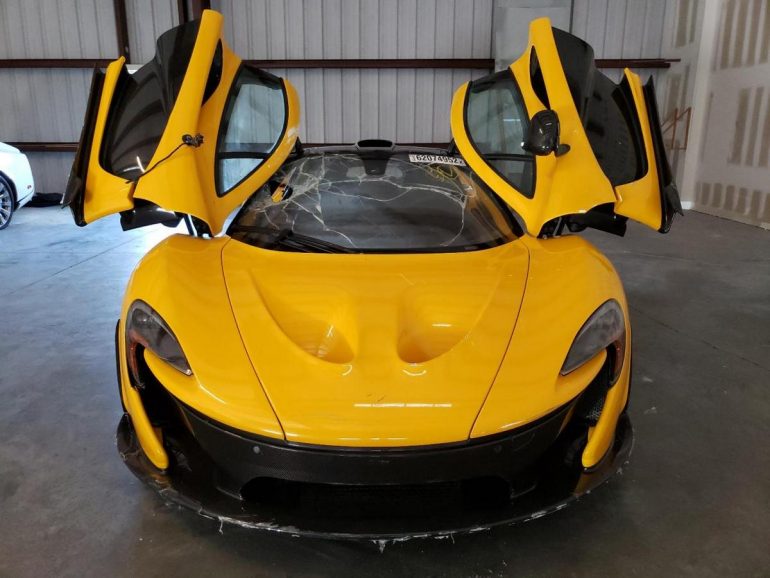 By some estimates, it will require at least $500,000 to make the P1 roadworthy again. And when you add the $400,000 procurement cost, it sounds like a terrible deal; good examples of McLaren P1 with low mileage are currently valued at around $1.3 million. But, you see, it makes financial sense for a YouTuber like Tavarish who can get more views on his channel by documenting the whole restoration process of the flood-damaged P1. In fact, it has been a popular theme on YouTube and attracts a lot of attention. To be honest, I can’t wait to see the P1 restored; it deserves to live.

Here is how a truly legendary, ahead-of-its-time flagship supercar from the 1990s bankrupted Bugatti

With 30 offices across the globe, Netflix is looking to hire a flight attendant for…

In a first, Saudi Arabia shares a progress film that shows work going in full…