There are just so many gorgeous places to see in the world. However, just a few are iconic. Whether it is a natural wonder or an architectural site, these prominent landmarks are absolutely among the most recognizable in the world.

The list compiled based on voters’ choice on the oh-so-famous travel website, Angkor Wat has achieved the coveted position of number one followed by Peru’s Machu Picchu. Proud to reveal that Taj Mahal follows in right after.

How many of them have you seen? TripAdvisor shows off a list of 15 of the world’s most spectacular sights! 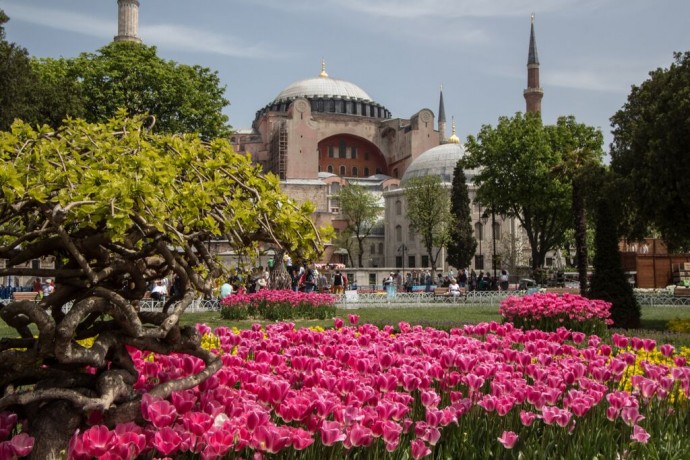 #15 Hagia Sophia Church – Istanbul
Honestly one of the most stunning architectural wonders I have come across in Europe. An overwhelmingly magnificent nave welcomes the visitor. While the dome makes itself felt from the very first step, it gives the impression of being suspended in the air and covers the entire space. The walls and the ceilings are adorned with marble and mosaics, creating a myriad of colours. Now occupying a coveted spot in the history of art and architecture, the Hagia Sophia has recently titled itself as a museum inviting millions of visitors annually. 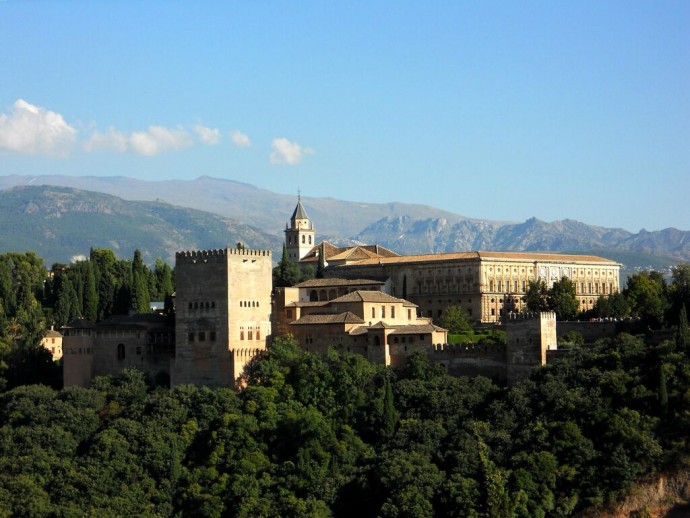 #14 The Alhambra, Granada – Spain
Once a palace and fortress of the Moorish monarchs, the Alhambra is perched upon a plateau overlooking the beautiful skyline of Granada. The splendid decorations of the interior are ascribed to Yūsuf I. After the expulsion of the Moors in 1492, much of the interior was effaced and the furniture was ruined or removed. Charles V rebuilt portions in the Renaissance style in 1526. 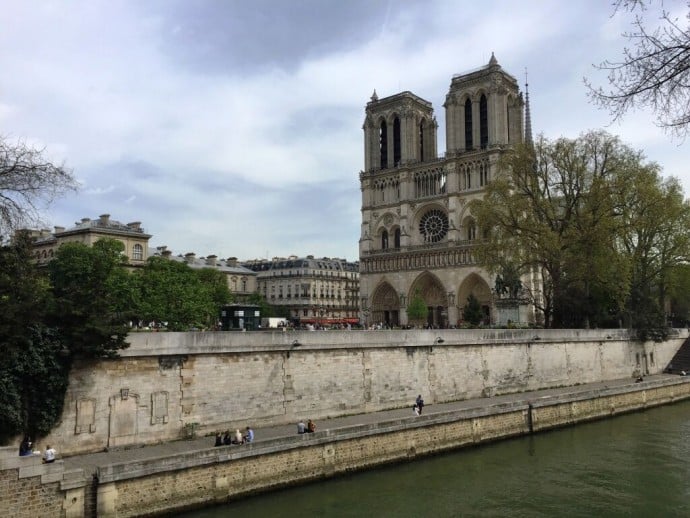 #13 Notre Dame Cathedral, Paris – France
The Gothic loftiness of Notre-Dame dominates the Seine and the Ile-de-la-Cité as well as the history of Paris. On the spot where this majestic cathedral now stands, the Romans had built a temple to Jupiter, which was followed by a Christian basilica and then a Romanesque church. Seen from the exterior, the building appears to be High Gothic. Notable features include the profusion of the tracery screens, the horizontal and vertical ordering of the facades, the imposing size of the rose windows, and the delicacy of the flying buttresses.

#12 Church of the Savior on Blood, St. Petersburg – Russia
Drawing millions of visitors to its ornately decorated onion domes and the stunning mosaics housed within, is the Church of the Savior on Blood. Recent travellers rave about beauty of the church, with most deeming it a must-see. Looking at both the interior and exterior, it’s easy to see why the church cost about 4.6 million rubles, way over the budgeted 3.6 million. The outside was designed to mirror the magnificent St. Basil’s in Moscow, and the building – both inside and outside – features about 7,000 square meters of mosaics, most of them designed by the prominent artists of the time. 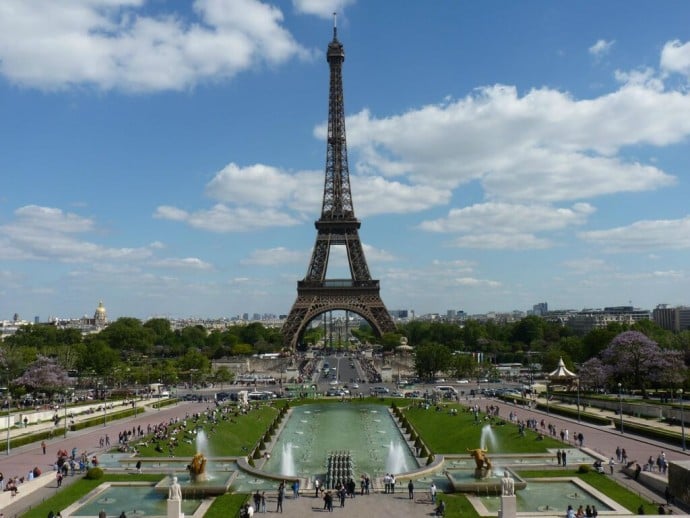 #11 Eiffel Tower, Paris – France
Honestly, you couldn’t possibly visit Paris without seeing the Eiffel Tower. Even if you do not want to visit this world famous structure, you will see its top from all over Paris. The tower rises 300 meters tall; when it was completed at the end of the nineteenth century it was twice as high as the Washington Monument, at the time the tallest structure in the world. The structure took more than two years to complete. Each one of the about 12,000 iron pieces was designed separately to give them exactly the shape needed. 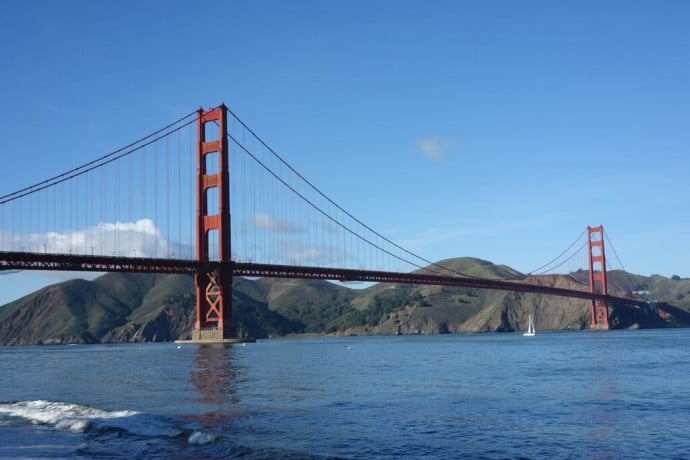 #10 Golden Gate Bridge, San Francisco – USA
Once called “the bridge that couldn’t be built,” today it is one of the most prominent landmarks of the modern world. This magnificent span, perhaps San Francisco’s most famous landmark, opened in 1937 after a four-year struggle against relentless winds, fog, rock and treacherous tides. Crossing the strait of the Golden Gate from San Francisco to the Marin headlands for 1.7 miles is the world-renowned Golden Gate Bridge, easily identified by its International Orange color. 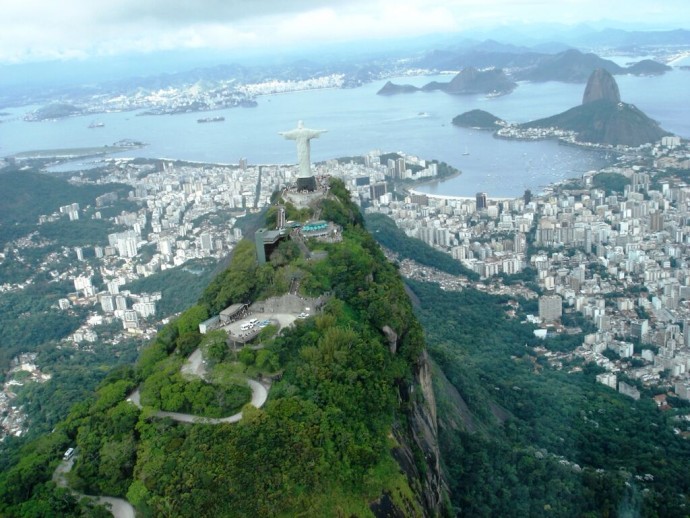 #9 Corcovado – Cristo Redentor, Rio de Janeiro, Brazil
Main postcard of the city, Christ the Redeemer was elected by the locals as the “Wonder of Rio”. Inaugurated in 1931, the image of Christ the Redeemer is considered the largest Art Deco statue in the world. Visible from many parts of the city and made of soapstone, it is 30 meters high, 28 meters from end to end and weighs 1,145 tons. 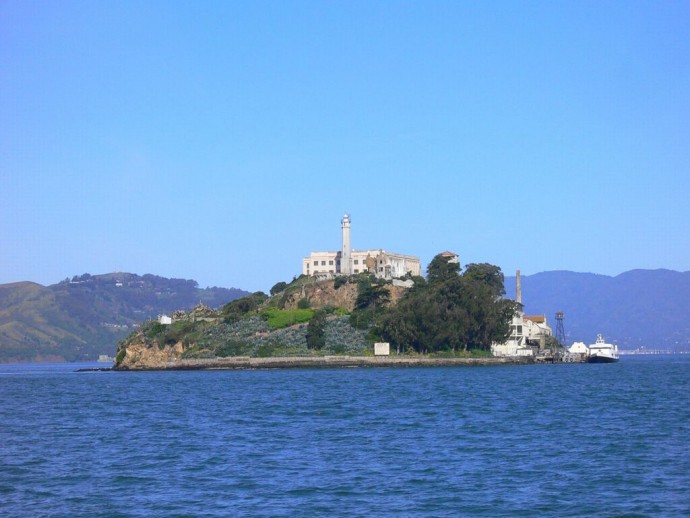 #8 Alcatraz, San Francisco, USA
Alcatraz and history go hand in hand. Once home to some of America’s most notorious criminals, the federal penitentiary that operated here from 1934 to 1963 brought a dark mystique to the Rock. The presence of infamous inmates like Al “Scarface” Capone, and the “Birdman” Robert Stroud helped to establish the island’s notoriety. To this day, Alcatraz is best known as one of the world’s most legendary prisons. Alcatraz Island sits in the centre of San Francisco Bay, visible from the city’s Fisherman’s Wharf and Marina neighbourhoods.