Climate change is real, and there’s enough research to prove that if we don’t buckle up, we’re in for a catastrophe soon. And reminding us of it are recent reports by Climate Central, Climate.gov, and the intergovernmental panel on climate change. According to the data in question on a total of 36 cities, nine are expected to be submerged in the water first, including Saint Mark’s Basilica in Venice, Waikiki Beach in Honolulu, Miami Beach in Florida, Easter Island in Chile, Maldives, and Eifel in Germany. 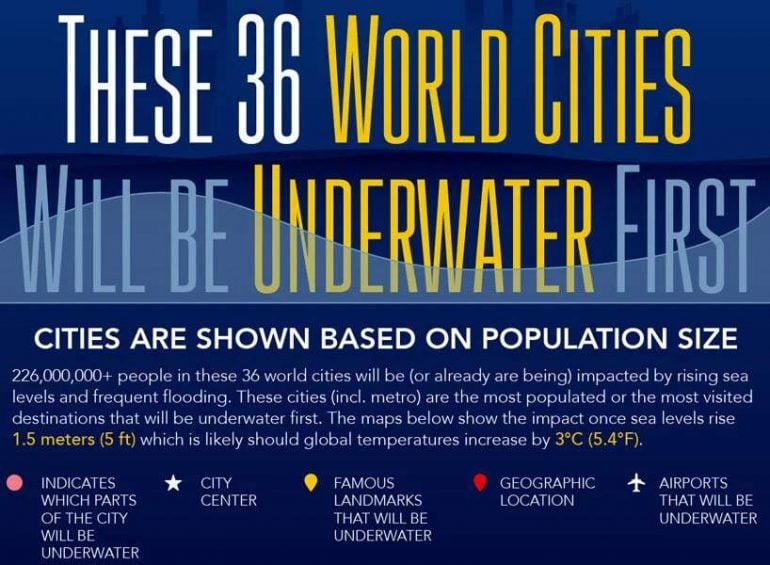 Commenting on it, Matthew H. Nash, co-founder of the Swiftest, in a statement said, ‘According to the united nations, approximately 10% of the world population (or 790 million people) live on the coastline. Many of the world’s biggest cities have evolved along the coasts of the world. historically, these coastal cities have prospered due to the ease of trade and commerce.” 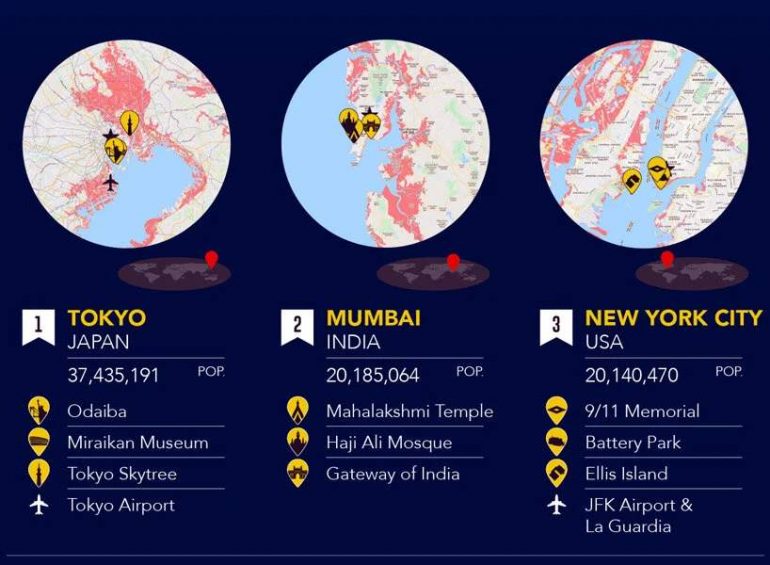 He further added, “‘There is little doubt our oceans are rising, and cities will go under. It is no longer an issue of if but when. no one can predict exactly when; however, based on simple elevation maps, we can predict which major world cities are most likely to be underwater first.’ 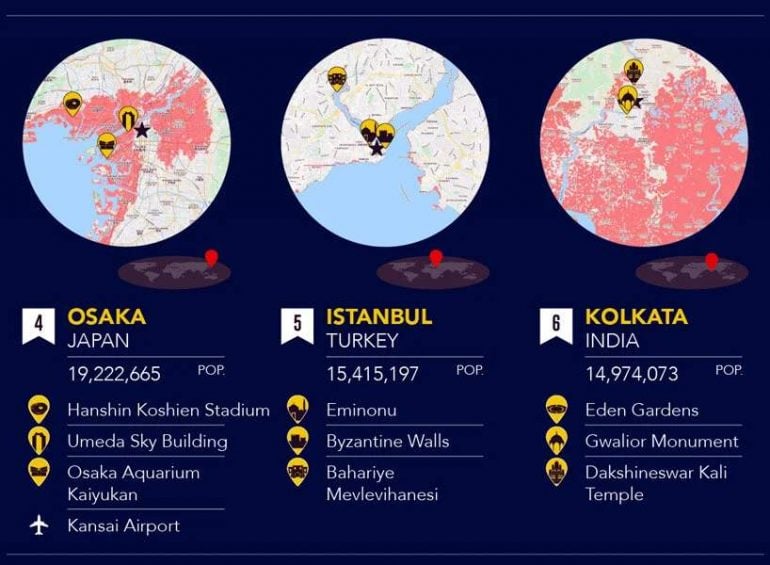 The first one on the list of danger is Tokyo, with Mumbai and New York coming in on the third and fourth spots. Following this, Osaka, Istanbul, Kolkata, Bangkok, Jakarta, London, Dhaka complete the top 10 in the same order. 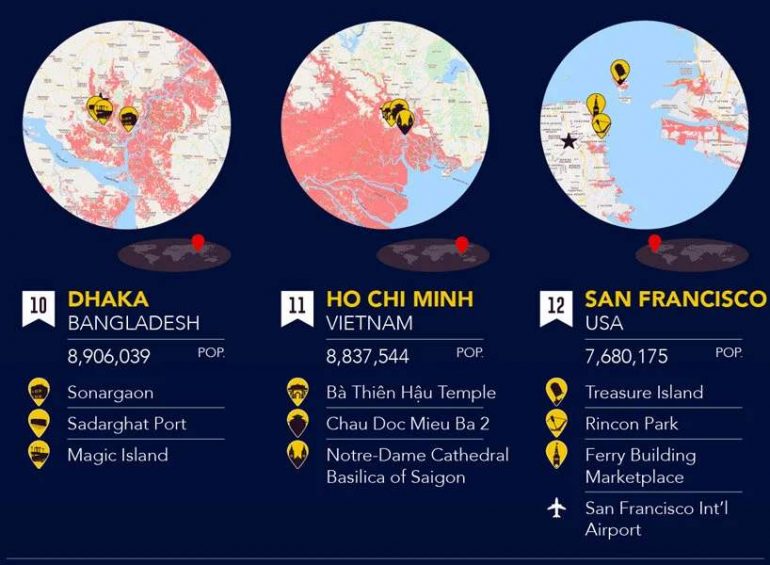 Surprisingly enough, the data (which was compiled using the coastal risk screen tool that climate central) also includes Miami, Sydney, San Francisco, Boston, and Dubai on the radar. Nash has also noted in his study that the prevention of the rising sea levels’ impact based on governmental action could help mitigate the situation for these cities to a great extent!
A warning has been issued – are we listening, though? 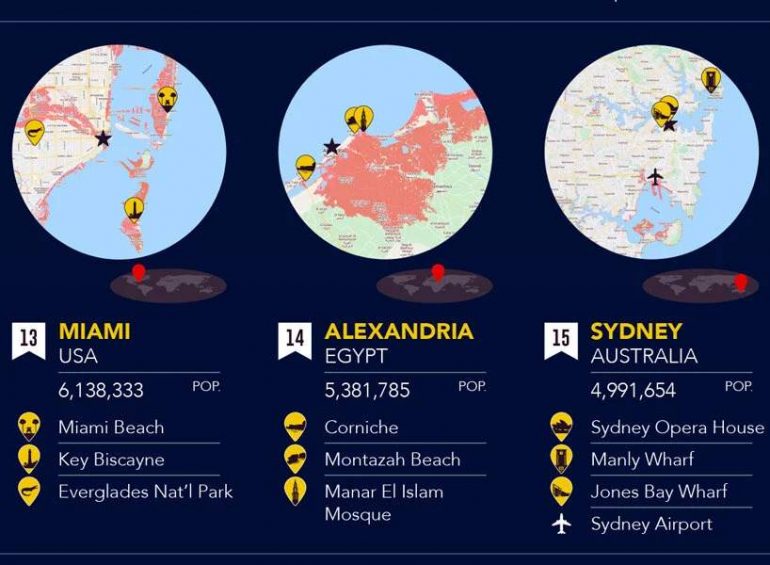 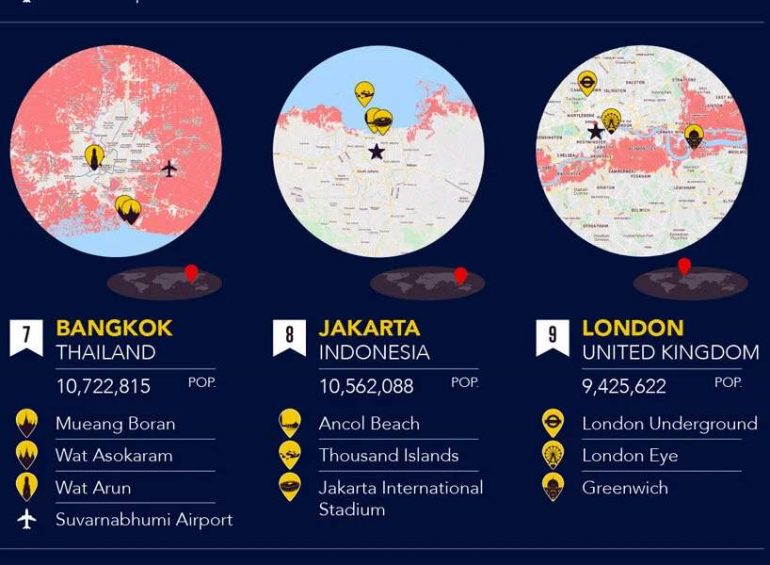 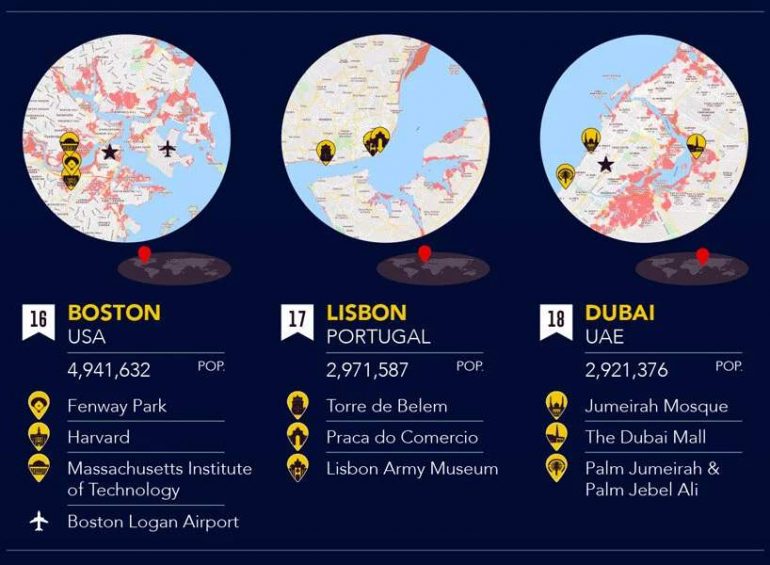