Like us at Luxurylaunches, Japan’s ANA (All Nippon Airways) loves Star Wars, or perhaps even a bit more. For this special occasion of Star Wars day, ANA’s staff have played the iconic opening theme of the movie not with instruments but by compiling sounds from their day to day work life. As seen in the video below it is a very thoughtful and beautiful compilation of sights and sounds which includes take offs, printing of the boarding pass, luggage on the conveyor belt, engine coming to life, air hostesses on the moving walkway and more of the typical activities you and me face and see on a flight. There is also a guest appearance by the newest member of the franchisee the BB-8 robot. The video is shot across 10 locations which include Tokyo’s Narita airport, maintenance centers, hangars and training facilities of ANA. 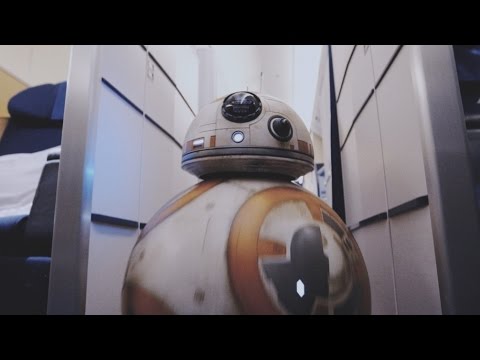 The force is rather strong with ANA as the airline operates three Star Wars themed planes in which everything from the paintwork to the coffee cup is Star Wars themed. The BB-8 and R2D2 jets operate on international routes whereas the Star Wars jet flies on domestic routes in Japan. Which makes me wonder what would their call sign be? Nonetheless as told by travelers flying on this plane is the next best thing than watching the movie itself.

Tags from the story
Japan, Star-Wars