It’s been a great week for all the diehard Star Wars fans as they finally got to witness Han Solo and Chewie together after 32 years in a spectacular second trailer for Star Wars: Episode VII – The Force Awakens. JJ Abrams unveiled the trailer during a fan event at California’s Anaheim Convention Center. To make it even better for the fans, the film franchise has announced a tie-up with Japan’s Nippon Airways. As a promotional campaign with Disney, the Japanese airline is painting a Boeing 787 aircraft to resemble the ever-lovable R2-D2 droid, which is just the start of a five-year ANA Star Wars Project. 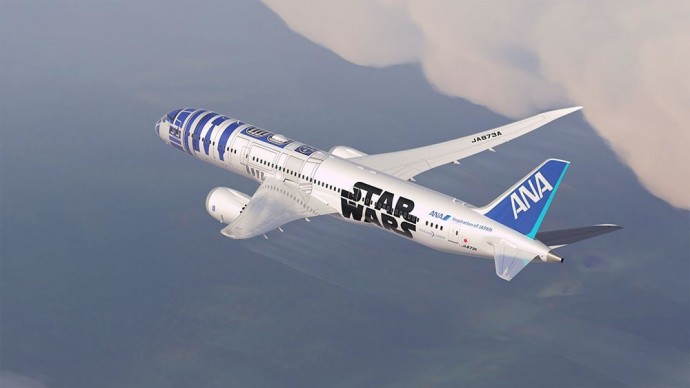 “We’re proud of the innovative R2-D2 design, and we look forward to witnessing the first-ever flight of a passenger aircraft featuring a Star Wars character,” says Kayleen Walters, Vice President, Marketing for Lucasfilm Ltd. “We’re confident that Star Wars fans around the world will absolutely love this design.” The partnership between ANA and the cult movie franchise is part of ANA’s strategy to boost its international presence. The Star Wars themed plane is due to start flying international routes this fall, says the airline. The project includes a special ANA website that plays the iconic theme song and features videos and photos of the plane. “The R2-D2 motif works well with ANA’s blue logo design on the aircraft’s fuselage,” said Takashi Shiki, ANA Executive Vice President, sales and marketing. “And many people associate R2-D2 with competent and reliable service.” 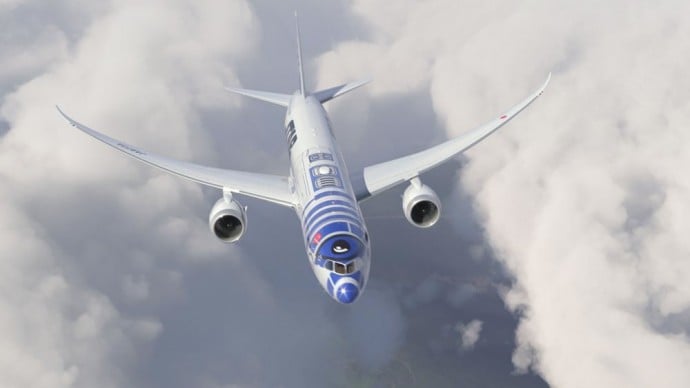