With Virgin Galactic inching closer to conduct its first planned flight to the space, we are at the verge of entering into the new era of commercial space travel. While booking a seat on the Virgin Galactic space odyssey currently is close to impossible as there is already a humungous waiting list for it, but a Spanish company named Zero2infinity has come up with an ecologically friendly for near-space experience. ‘Bloon’, a zero-emission craft designed for commercial near-space flight by the Barcelona based team, is a module with a giant helium balloon that can float up to the altitude of around 36km above the earth (22 miles) and gives a view of approximately 1,400km in diameter of our planet. What it means is that flyers in Bloon will be able to see Paris and Rome at the same time. 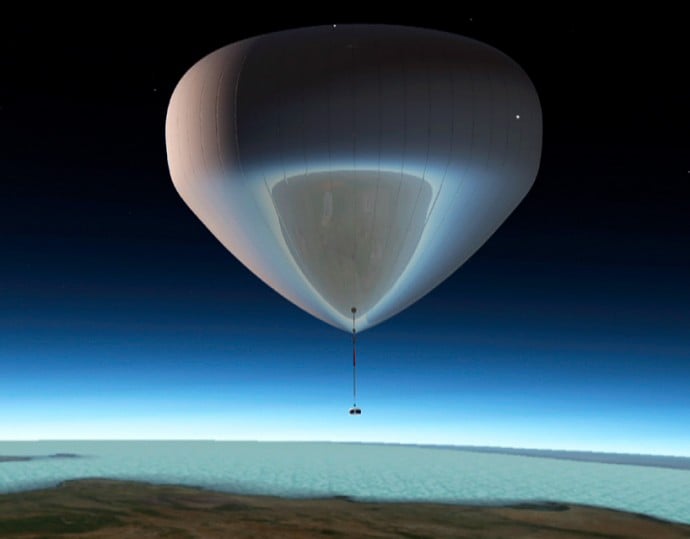 Two years back when Austrian skydiver Felix Baumgartner jumped from the edge of the space as a part of the Red Bull Stratos project, along with breaking the sound barrier on his descent he also broke the unofficial record for the highest manned balloon flight by reaching the final altitude of close to 39km (23.3 miles). 8 million people saw the event live on YouTube, and a set of cameras fixed on the outside of the capsule relayed some breathtaking shots of the Earth from the edge of the space. Those flying with Bloon will get a similar out of the world experience. Bloon uses inert helium gas for lift and doesn’t employ any dangerous substances like combustible fuels. The craft has a central pod with full windows housing up to four passengers and two pilots. Eight vented airbags and a guided parafoil with conical backup are used for descent and landing. And thanks to the lack of rocket engines, Bloon can take-off from anywhere. Pre-bookings are open for 2014 and 2015 and the flight is priced at £380,000 (around $651,770). 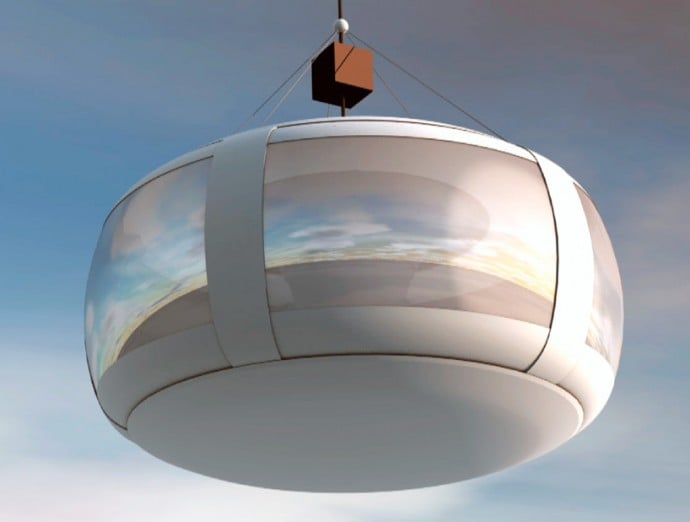 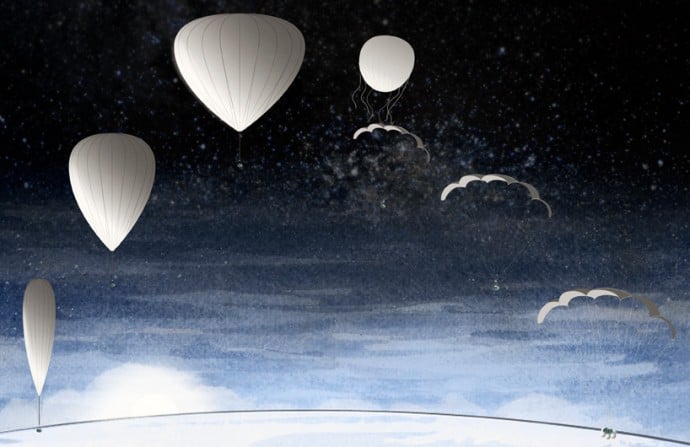