It’s hard to beat China’s record when it comes to ‘Dupliculture’. They have copied it all from complete cities to shopping streets, famous buildings, wonders of the world, every piece of fashion ever made, and now they are set to beat their own record yet again. Proving that only China is capable of beating China in duplicating, is an instance involving a state-controlled media source China Daily. The Chinese Twitter account has been caught stealing a video from a Swiss videographer and passing it on as their own for travel promotional purposes. The clip implies an idyllic and unnamed countryside location in China, a village sitting on the foot of snow-capped mountains. The post, which had the hashtag “#GlamorChina,” invited viewers to “visit this peaceful getaway and enjoy playtime with your dog in a small town nestled at the foot of the mountain.” All was well until the internet’s grey cells went in overdrive and people on social media were quick to notice that the pic had been taken from a YouTube video uploaded by Sylvia Michel, a photographer based in beautiful Brienz, a village with breath-taking views of the Swiss Alps.

About Sylvia Michel, she is the winner of the 2018 Swiss National Award for the prestigious Sony World Photography Awards. Michel wrote on Twitter in response to China Daily, “You have stolen the video from me and from Switzerland. You should delete this tweet.” The post has since been deleted, but Chinese state media has become the target of ridicule online anyway. 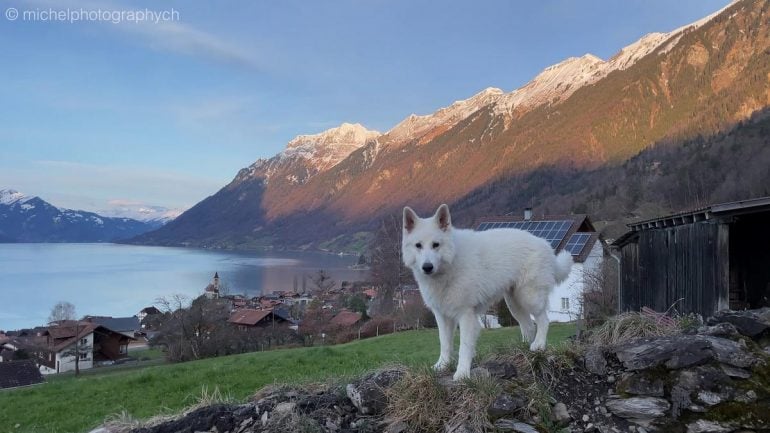 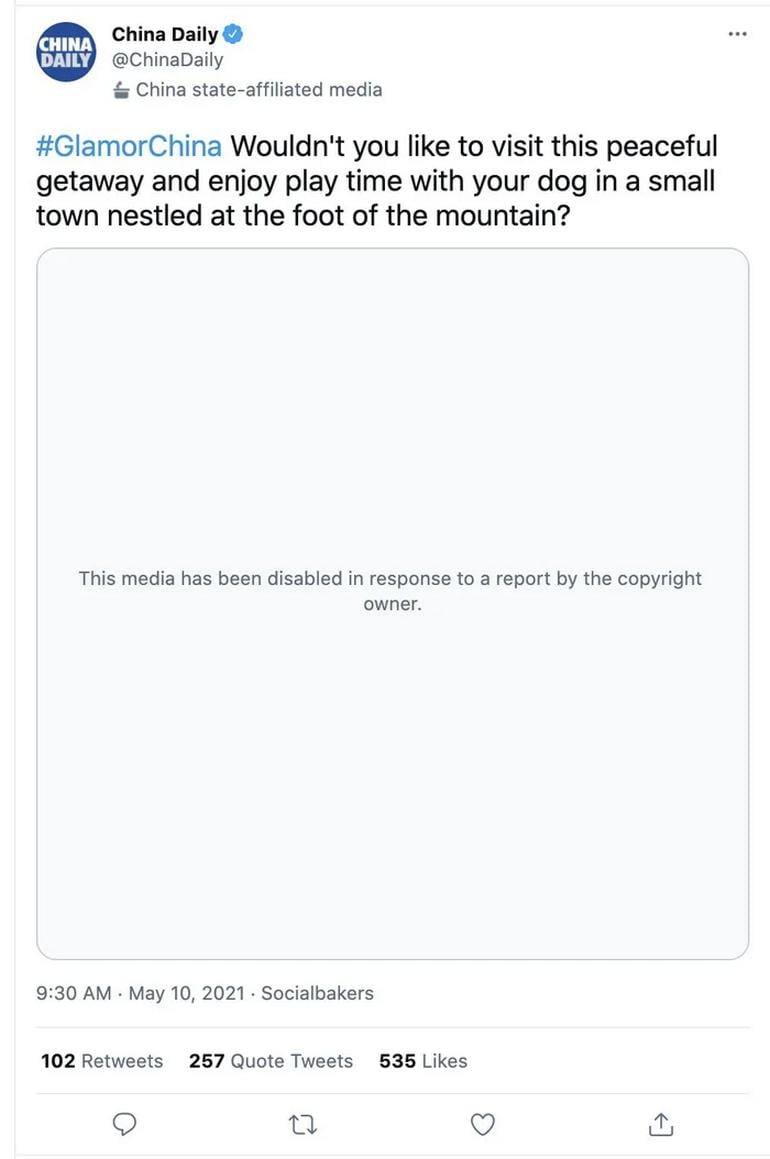 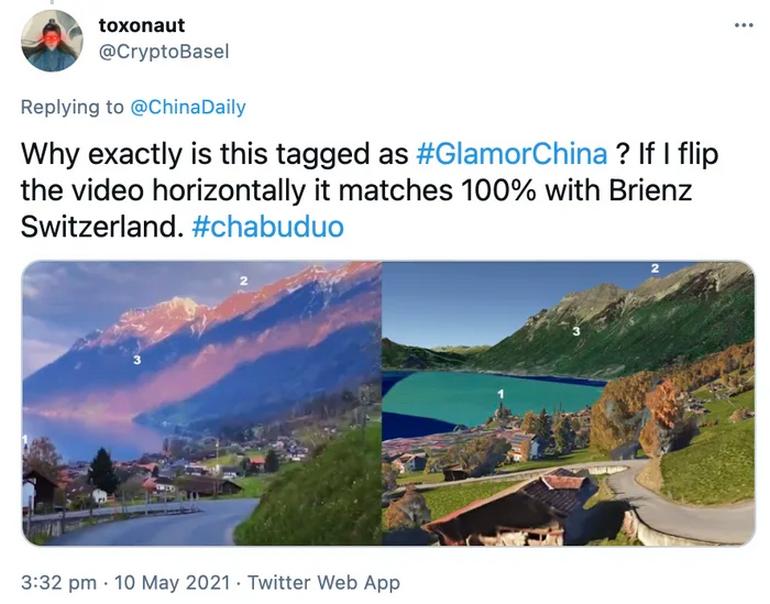 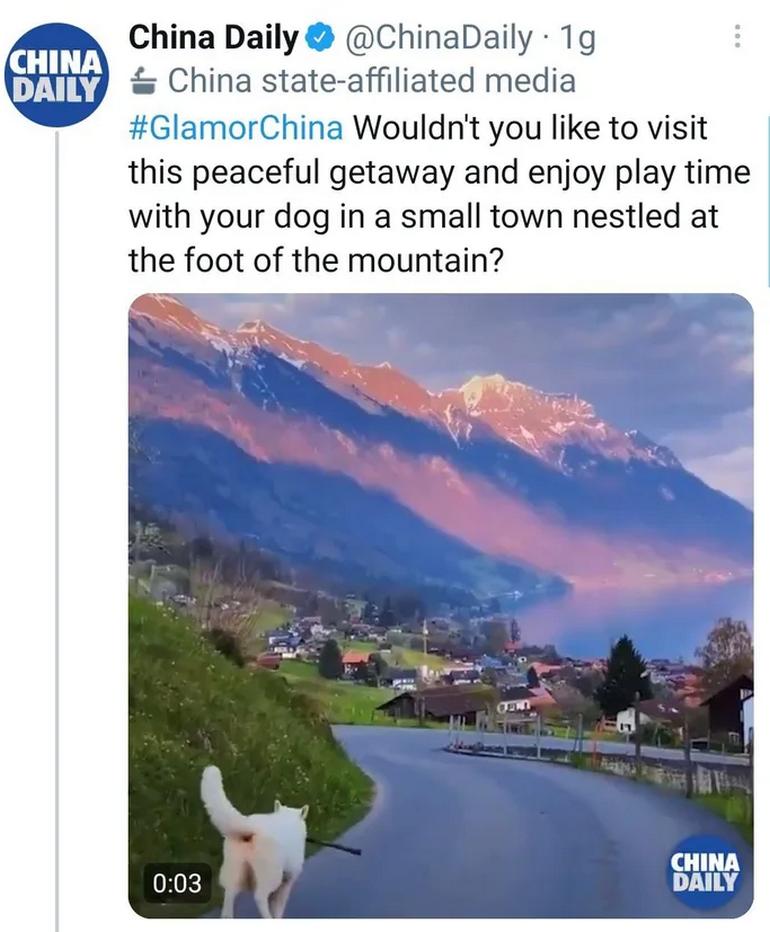 Tags from the story
China, Switzerland