I am an Asian who has given up plans to travel all the way to Paris, Hallstatt, Austria, Venice, and Italy. Why go all the way when I can see realistic replicas of all these places right in neighboring China? China has a knack of copying things and that includes world-famous landmarks, almost entire townships, and villages too. They are so strikingly similar it’s almost as if the original location has been airlifted from their historical and geographical foundations. If their creations could fool Paris-based photographer François Prost, I’d like to explore the replicas as if I’m indulging in some unmatched originality and greatness! We are having some fun e exploring the works of Prost who spent a week in 2017 traveling to the copycat city in Tianducheng, China to compare it to his hometown. By his own admission, the photos are so similar that it can be hard to tell which were taken in China and which were taken in France. Let’s take a peek at mesmerizing Paris and faux-Paris: 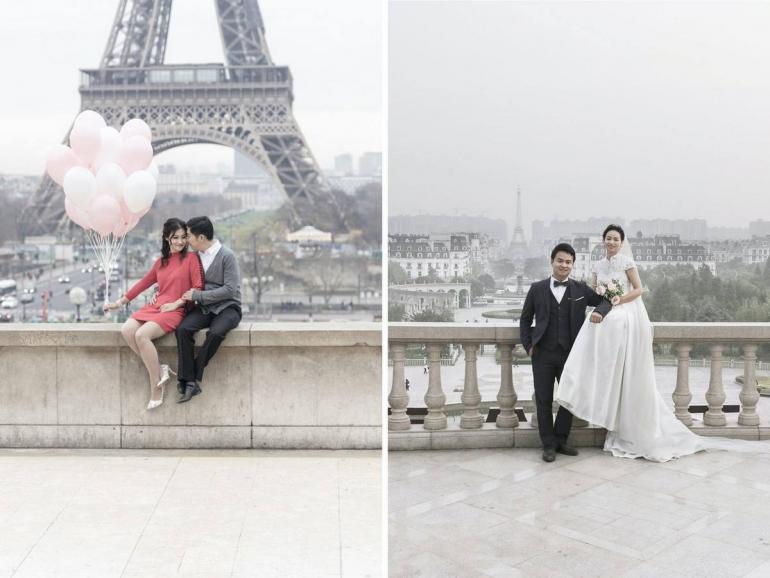 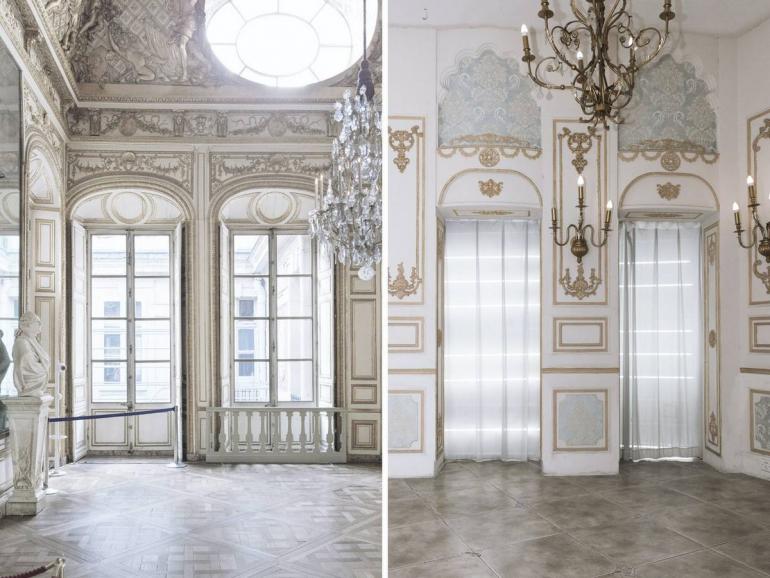 There is a Versailles in France and a strikingly similar recreation in the interior of a building in Tianducheng (right). 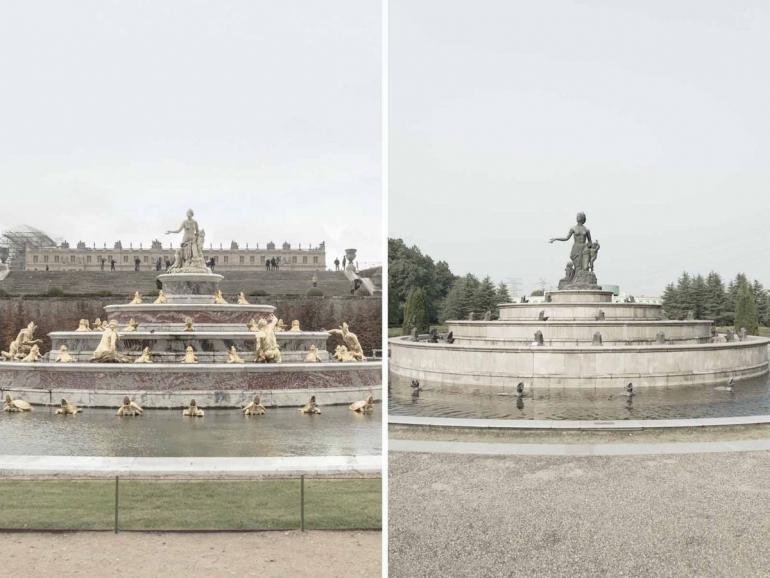 On the left, you have The Latona Fountain in the Gardens of Versailles and a slightly less ornamented Chinese version on the right. They did get the statue of the goddess Latona, mother of the sun and moon gods on the top tier copied to perfection. 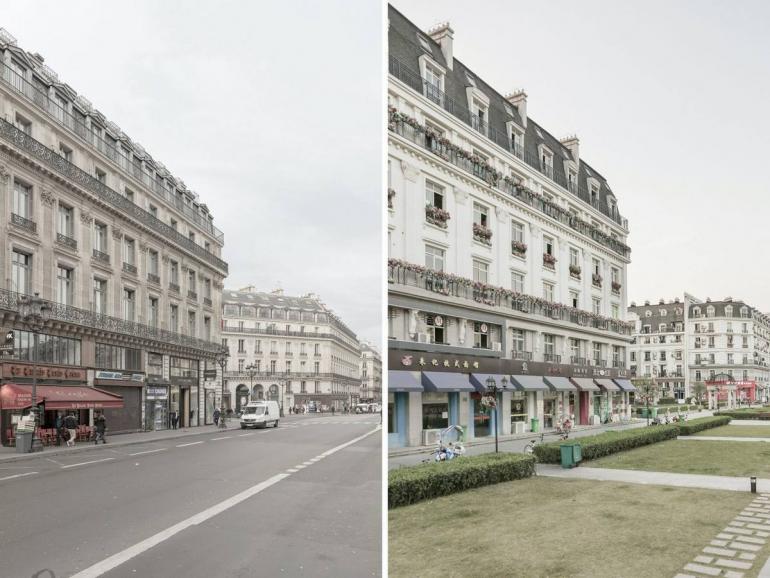 The buildings and architecture of the two places that are 6000 miles apart are sharing uncanny resemblance. You can’t tell them apart if not for the script and names mentioned on the buildings. 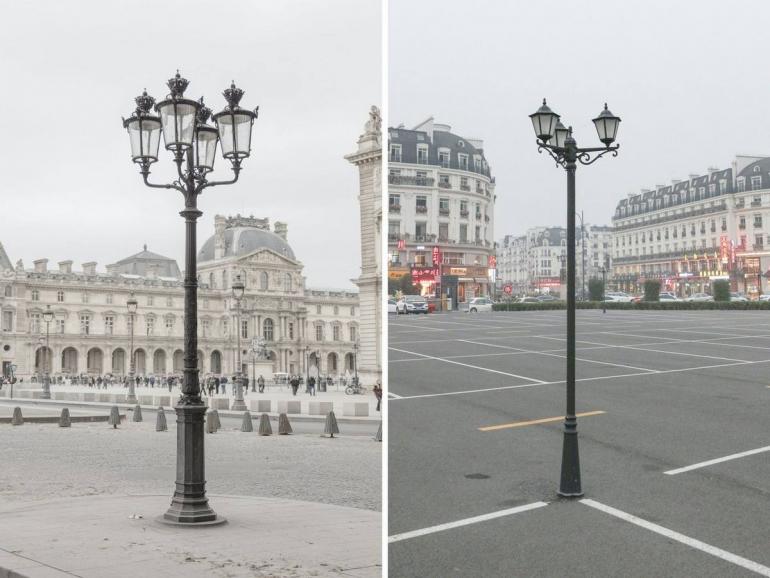 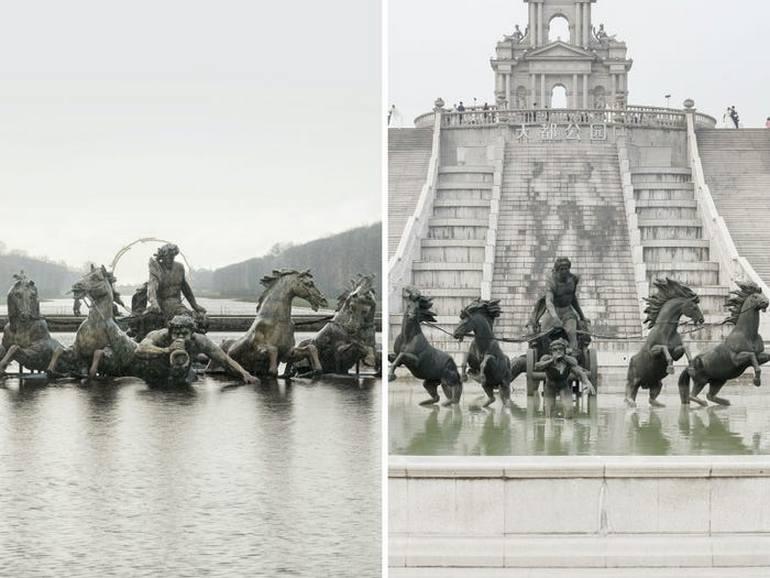 Honestly speaking, Le Bassin d’Apollon or The Fountain of Apollo in Versailles actually looks grander in its second home in Tianducheng (right). 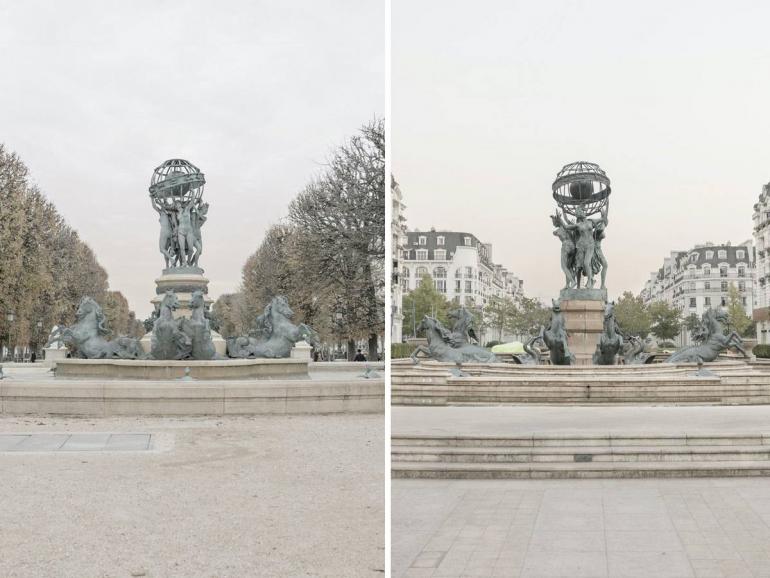 As with The Fountain of Apollo in Versailles, The Fontaine de l’Observatoire in Paris (left) has been recreated in Tianducheng (right) with some modifications which make the latter look better. 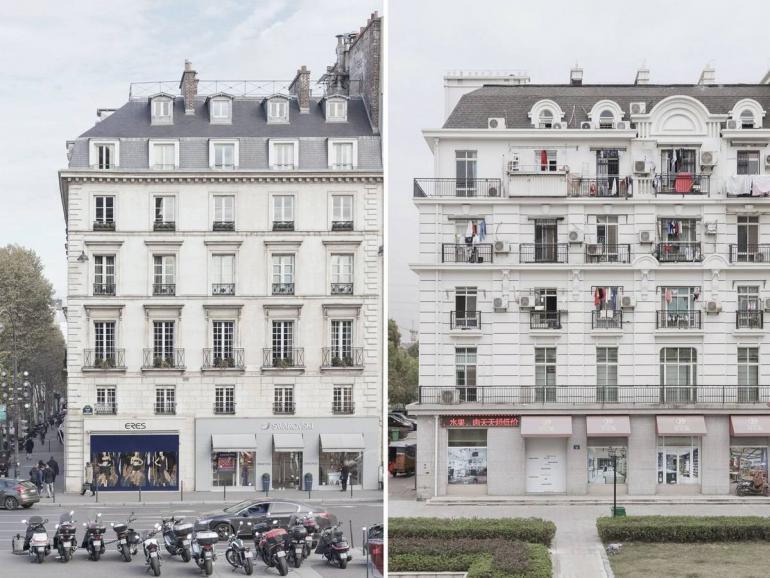 One of the housing units in Tianducheng (right) is also a detailed copy of the buildings seen in Paris. The population of the people living in the fake Paris city is steadily growing.