The world is returning to its original state albeit with some changes. As restaurants gear up to reopen their doors in the Netherlands we couldn’t help but notice how innovatively they are planning to bring customers back while keeping safety on high priority. We featured The Inn at Little Washington that is using mannequins to fill up empty tables and maintain social distancing and also the Amsterdam restaurant called ETEN where you can dine in an individual greenhouse and adhere to the 1.5 metres apart guideline. Similarly, Asian restaurant Dadawan in the southern Dutch city of Maastricht has hired three new members of staff, Amy, Aker, and James, an unusual group of new staffers who are rather stiff because they are- robots! The efficient robots will handle the serving of drinks and significantly reduce the number of trips the human staff has to make. In a cycle that lasts only less than a minute, these robots carry food and drink to diners on trays. This must be picked up by the customer at the table, and then the robot returns to the kitchen automatically. 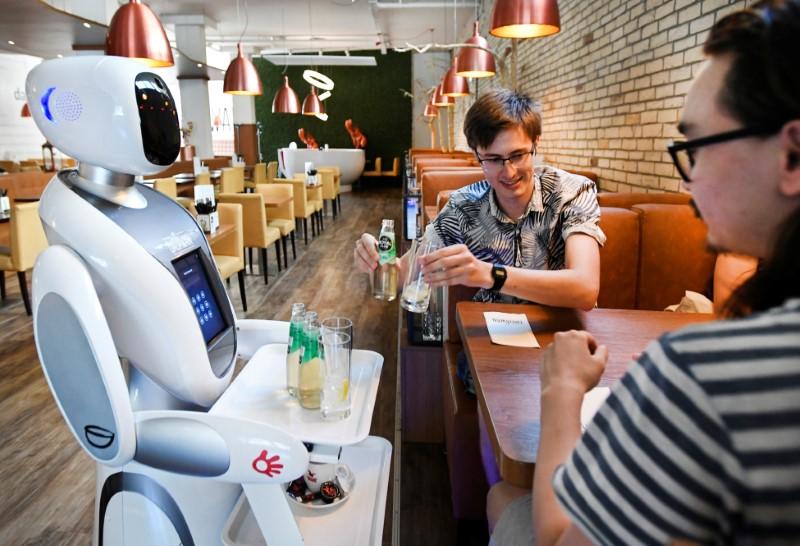 The robots are like simple humanoid figures, including arms to hold serving trays. Simple displays on their faces show a smile, or occasionally a frown. Yes, you may miss the pleasantries and warmth of the human staff but the current situation requires us to habituate seeing more non-human helpers.

Tags from the story
Amsterdam, Coronavirus