Gone are the days when a massive, almost 500-footer needed little else besides the mammoth dimensions for effect. Confirming that is this news- the world’s largest vessel, at 150 m will have its own IMAX theatre. Called The Nemo Room, the space that would accommodate up to 20 persons is currently being designed by Yacht designer Ken Freivokh and Yacht Intelligence. 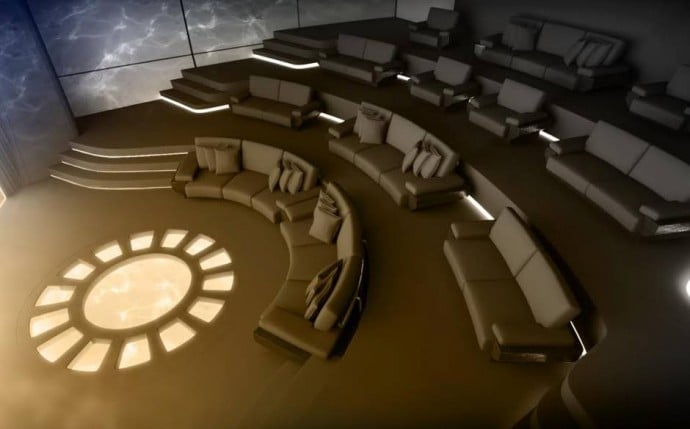 To be equipped with sliding walls instead of doors to possess a seamless surround screen, the theatre is being installed in the hull of the superyacht. According to Alan Bernardi, Founder and Managing Director of Yacht Intelligence, “Everything needs to be considered in the design and build – from the technology itself to the usability of the yacht and even which furnishings provide optimum acoustic performance.” 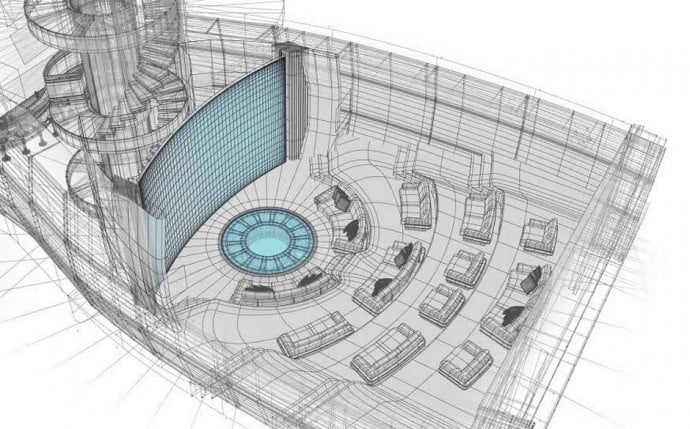 Everyone’s favorite movie theatre, recognized for offering a largely immersive movie experience would not just be used to showcase Hollywood hits (think ‘Interstellar’ above water!) but also broadcast underwater CCTV images from outside the yacht, with some help from the cameras on its exterior. “We believe that IMAX Private Theatres could be integrated into yachts of over 100m as long as they’re designed in at an early stage. Therefore if the existing owner opts for the cinema aboard his 150m yacht, or it’s taken up by the next client, we will work to ensure none of the normal operations or spaces are adversely affected.”