Sitting before a giant movie screen with a tub of popcorn may seem like a distant dream for now. However, bringing you an even better alternative is this baller of a movie theater in Paris. Situated on the banks of the Seine and the Bassin de la Villette, we’re talking about the ‘Cinéma sur l’Eau’ – a floating theater pop-up with socially distant boats and more! 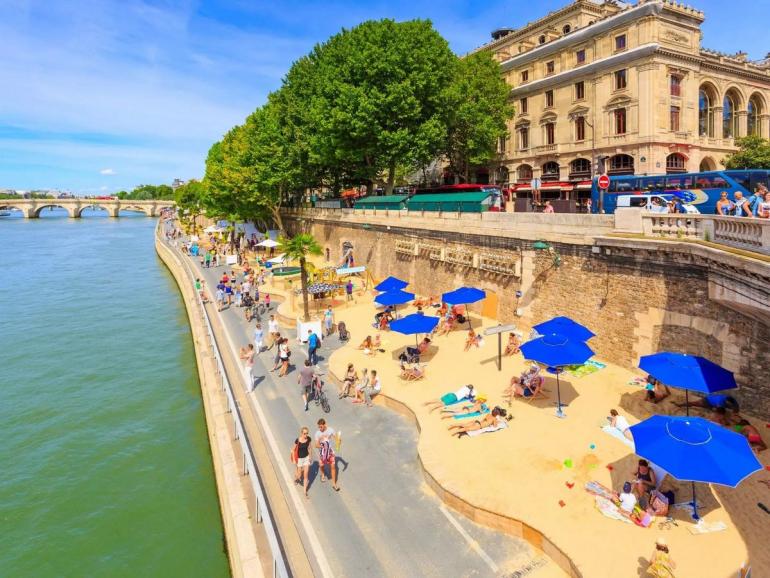 Part of Paris Plages, an annual urban beach initiative that creates temporary beaches in the French capital during the summer, the floating movie theater will welcome guests to be seated in one of 38 small boats in groups of two, four, or six. The event will run a free screening of the blockbuster Gilles Lellouche’s 2018 comedy ‘Le Grand Bain’ and ‘A Corona Story’ – a short film about the pandemic in association with pMK2, a local cinema chain.

The outdoor cinema will host another 150 people on deckchairs on dry land on a first-come, first-served basis. Guests will further be treated to free gelato before they climb aboard their movie boats. The exclusive floating theater will run on July 18, with tickets for the event already being balloted entries. Well, if an open-air movie date is on your mind, you know where to head!

Tags from the story
Boat, Paris