Finding a bounty full of treasure would be a dream come true! And in discovering similarly, the Colombian Navy recently posted footage of the San José, a Spanish galleon that had sunk just north of the country more than 300 years ago. Rightly being touted as the holy grail of shipwrecks, the discovery was confirmed by Colombian President Iván Duque in an official statement on television. The now-viral video shows the ship in all its glory, shot by a remotely operated vehicle that was sent more than 3,000 feet down into the water just north of the country’s Caribbean coast.

As per reports, the 64-gun San José sunk near the port of Cartagena in 1708 during a battle with the British Navy. Historians believe that the ship may have carried one of the most valuable treasure troves ever lost at sea. 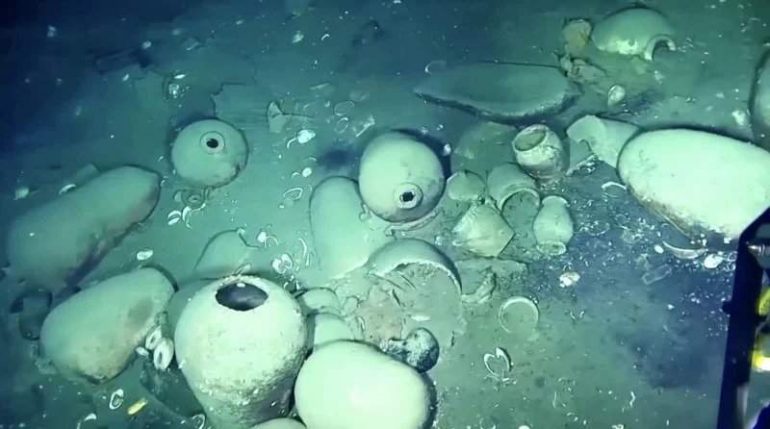 The exclusive coverage further shows gold ingots and coins, Spanish cannons dating back to 1655, and an intact Chinese dinner service set scattered near the wreck site. In addition to this, two other colonial boat and a schooner were also found. Commenting on it, navy commander Admiral Gabriel Perez said: “We now have two other discoveries in the same area that show other options other options for archaeological exploration.” Remarking similarly, Colombian President Ivan Duque noted, “The equipment that our army has acquired, and the level of precision have kept this treasure intact, but at the same time, we will be able to protect it for later extraction.”

“The idea is to recover it and to have sustainable financing mechanisms for future extractions. In this way, we protect the treasure, the patrimony of the San Jose galleon,” he further added.

Tags from the story
Ship