Inching a step closer to becoming a reality, Virgin has revealed the first prototype design of Hyperloop One passenger pod that will be used to transport passengers between Dubai and Abu Dhabi in just 12 minutes. The company in collaboration with Dubai’s Road Transport Authority (RTA) unveiled the full-scale model of the pod at Dubai’s City Walk mall as part of UAE Innovation Month. Sheikh Hamdan bin Mohammed bin Rashid Al Maktoum, Crown Prince of Dubai, was the first visitor of the prototype pod, after which it was opened to the public. In an interview with Khaleej Times, Abdulredha Abu Alhassan, executive director of the Rail Planning and Projects Development at the RTA, said: “According to initial studies, it will have a capacity to lift 10,000 riders per hour in both directions.

#Dubai Crown Prince unveils the initial design of the @HyperloopOne's
pod in the presence of Virgin Hyperloop One CEO Rob Lloyd. pic.twitter.com/Q3WD63WzOv

Measuring 8.7-meter long and 3.3-meter in diameter, the pod has been designed with luxury in mind. Blue and red neon lights illuminate the interior space giving it a Tron-like appearance. The seats inside the pod have been designed by German car manufacturer BMW, and passengers would be buckled to the seats during the entire duration of the travel. Alhassan said: “There will be no windows. However, there will be interactive entertainment screens at the arm rest of the seats. The seats have been designed in a very futuristic manner.” Khaleej Times reports that the Hyperloop pods will be divided into two classes, a gold class and a silver class. The gold class will have a seating layout to fit five passengers while there will be a seating capacity of 14 passengers in the silver class. 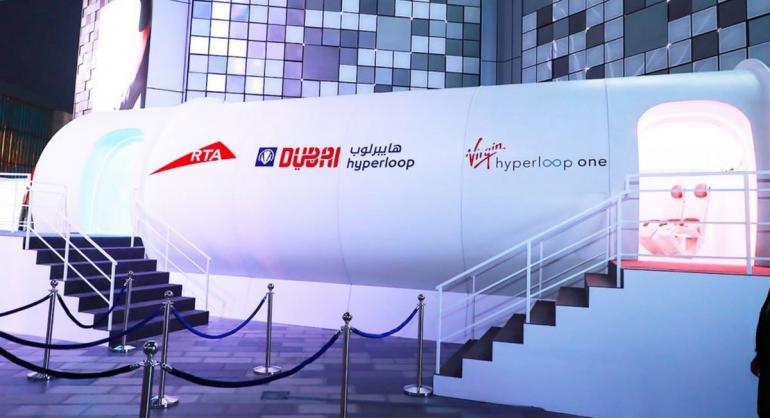 The Dubai to Abu Dhabi route was first to selected for the Hyperloop One network system in November 2016. The company last year announced a wider network connecting more cities in the region, including Kuwait City, Jeddah in Saudi Arabia and Muscat in Oman. The 87-mile distance between Dubai and Abu Dhabi currently takes 90-minutes to travel by road. The capsule will be able to hit airline speeds reducing the travel time to just 12 minutes between the two cities. Dubai has been showing interest in various futuristic modes of travel to turn it into the city of the future. Recently, the city created aviation history by conducting its first test of a fully-automated drone taxi service. 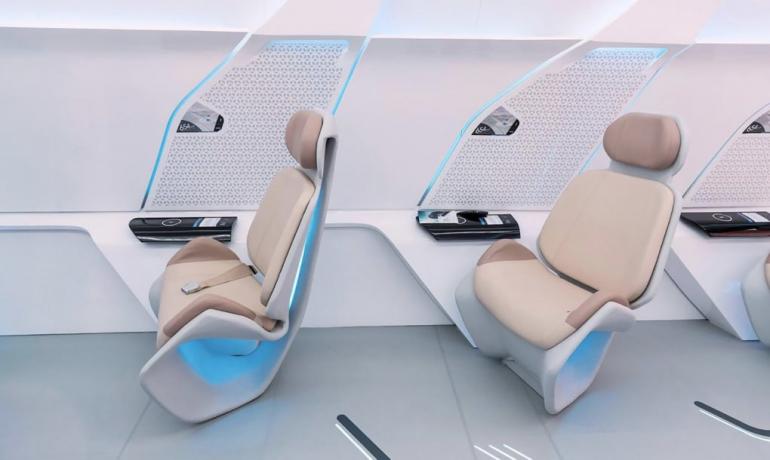 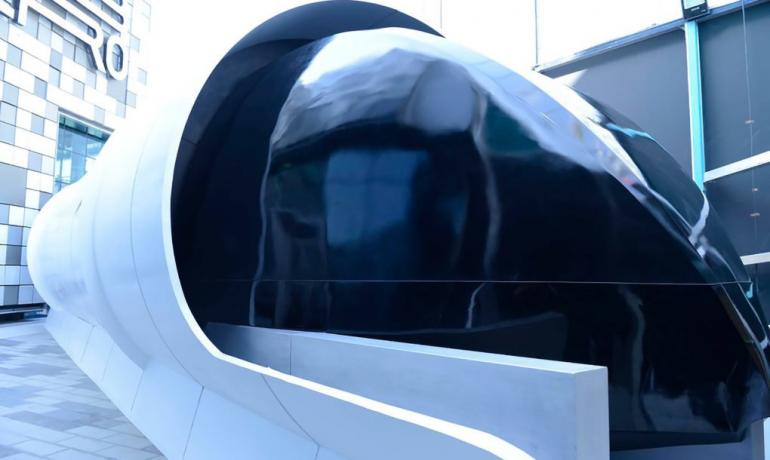 Tags from the story
Dubai, Virgin