Surprising everyone around the world, Dubai created aviation history by conducting its first test of a fully-automated drone taxi service on Monday. By successfully completing the test run of the uncrewed two-seater drone, Dubai is now one-step closer to launching the world’s first flying taxi service. The drone taxi that looks like a normal two-seater helicopter with 18 rotors powering it is capable of transporting people without human intervention or a pilot. It has been supplied by Volocopter, a Germany-based specialist manufacturer, which carried out the test flight at a location near the Jumeirah Beach Park. “After the remarkable success of the first driverless metro in the region, we are glad to witness today the test flight of the Autonomous Air Taxi,” said Sheikh Hamdan bin Mohammed, Crown Prince of Dubai. 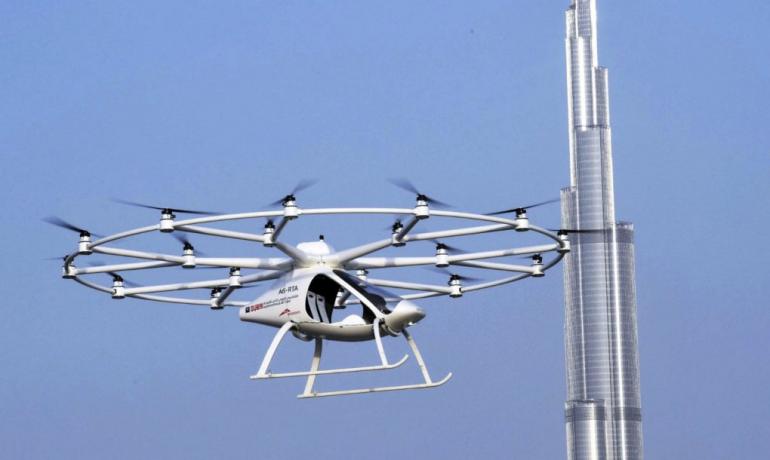 The AAT is eco-friendly as it is powered by electricity and the prototype has a maximum flight time of 30 minutes, at a cruising speed of 50 km/h (31 mph), and a maximum airspeed of 100 km/h (62 mph). During the test, the prototype hovered 200 meters high without any crew onboard. In case of emergency, there are a number of safety mechanisms which include backup batteries, rotors, and even built-in parachutes. Dubai has big ambitions for becoming a smart city and the city’s authorities are betting big on drone air-taxis, self-driving cabs and Hyperloop to be the pioneers in futuristic public transport system. Recently, Dubai took delivery of the first 50 Tesla cars that will be used to create a self-driving taxi network for the city – a world first. 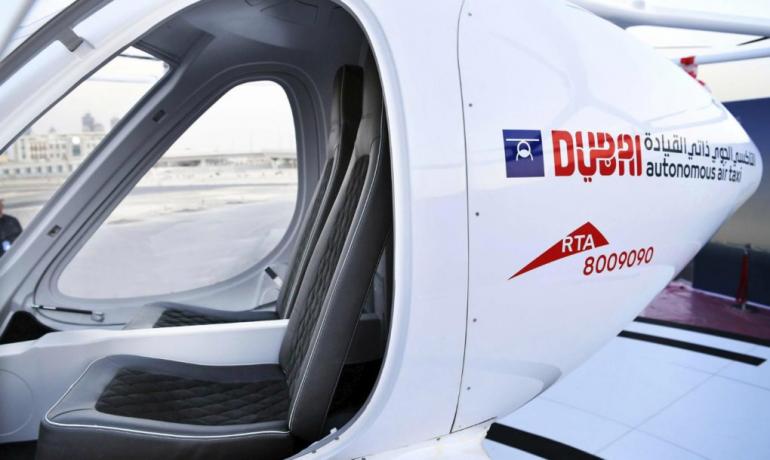 Tags from the story
Drone, Dubai