Haven’t you ever stared at your watch while on flight, hoping that time would just fly by and you would finally reach your destination? Shift a little in your seat and take a quick glance out of the window, hoping for a glimpse of land? But not when you are flying in the lap of luxury onboard the Singapore Airlines Suite class, time literally stops. Recently Entrepreneur Derek Klow dished out $18,400 for a ticket from Singapore to the Big Apple and here is what left him wanting for more. 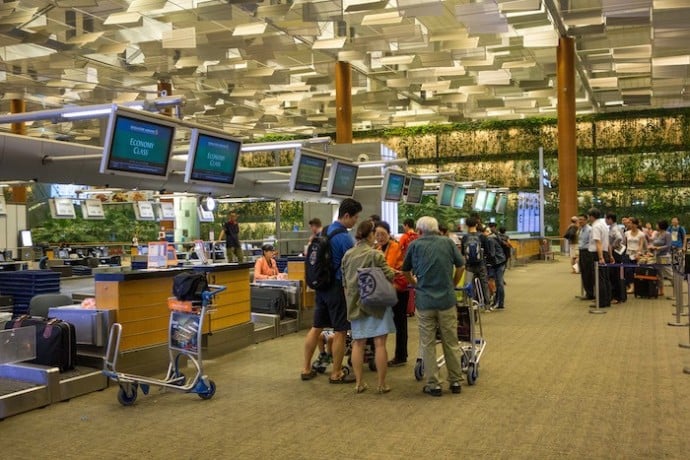 The first class experience begins right from the minute you check-in. Where you will check in with a spring in your step and received your Express Pass to help whisk you the customary obstacles like security and immigration as quickly as possible to make it to the lounge. 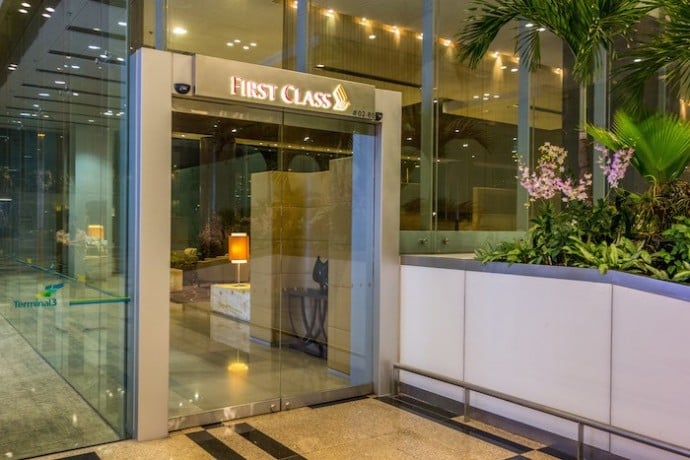 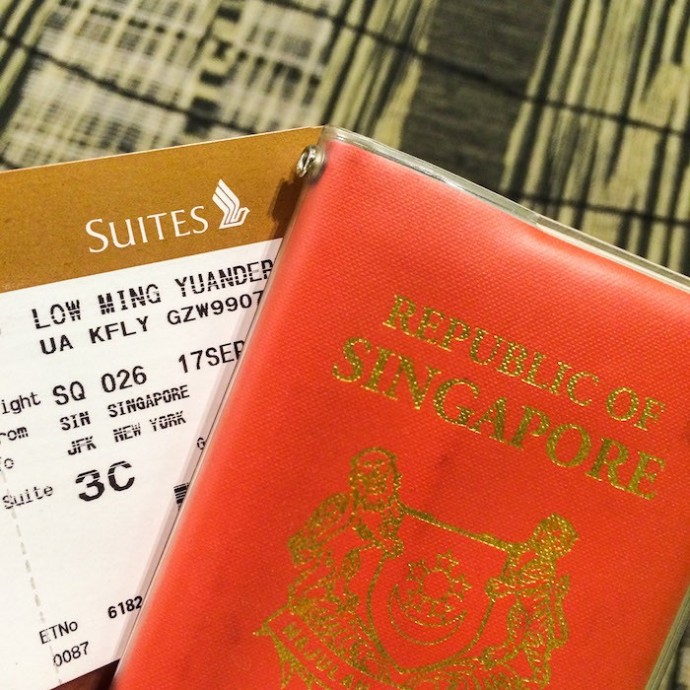 The posh First Class lounge is hidden away from the larger Business Class one. 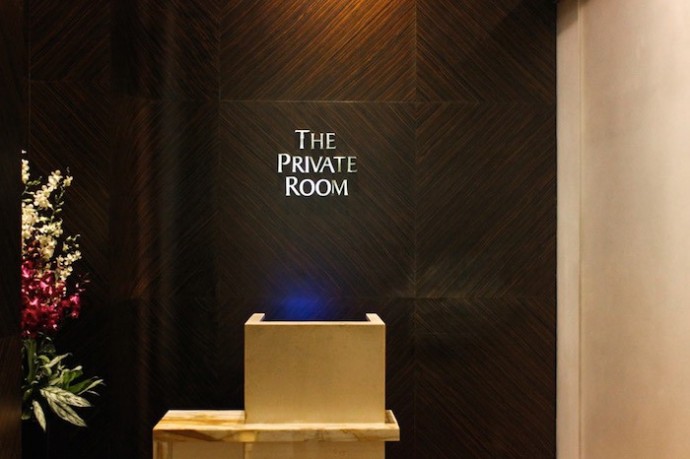 The entrance itself looks grand and Derek was greeted by a plethora of attendants who were taking him through a series of secret pathways to lead him to the lounge. Just by the way, the lounge is known as the Private Room. The lounge is stylish, with booth areas where you can work or hide away, but sit back and relax where you could sip some Veuve Clicquot and enjoy classic French toast. Sure it could be little early for champagne for some people, but this was a flight to celebrate and he was starting in style. 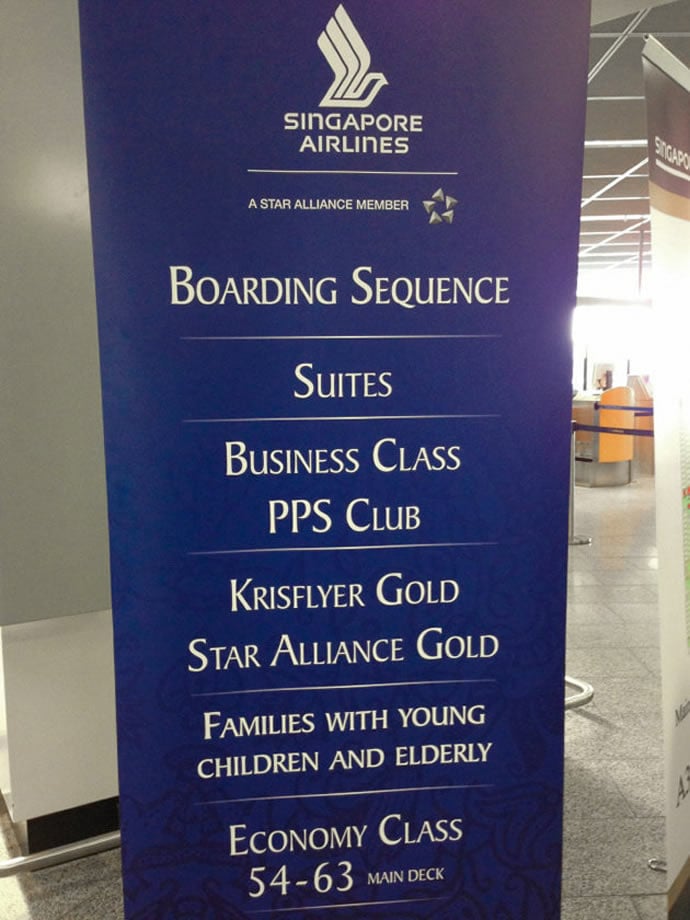 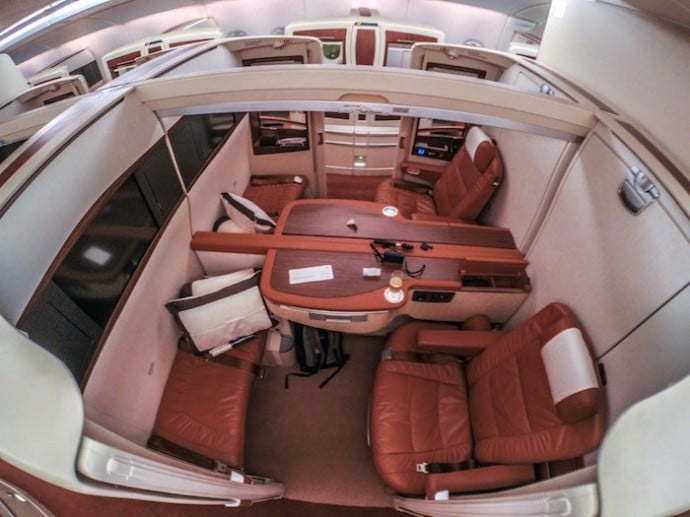 There was a dedicated jet bridge solely for Suites passengers. Standing at the end of the bridge was a flight attendant ready to greet Mr. Low. He was immediately escorted to his suite. The Suites were exclusive, and they go beyond flat beds by offering enclosed private cabins with sliding doors that cocoon you in your own little lap of luxury. The interior was designed by French luxury yacht designer Jean-Jacques Coste and comes along with a plush soft leather armchair hand-stitched by the Italian master craftsmen Poltrona Frau. 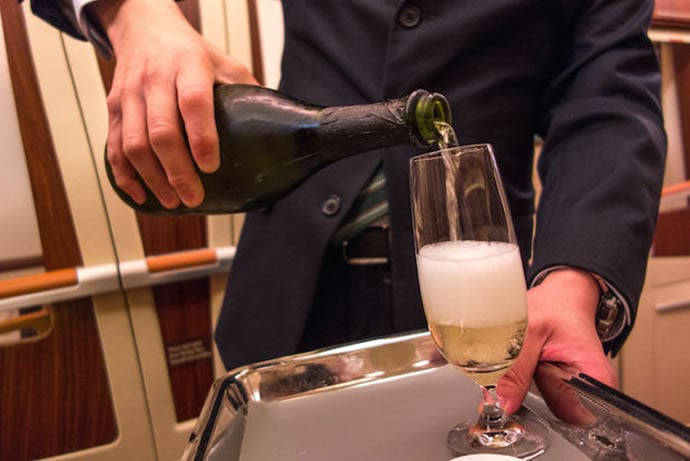 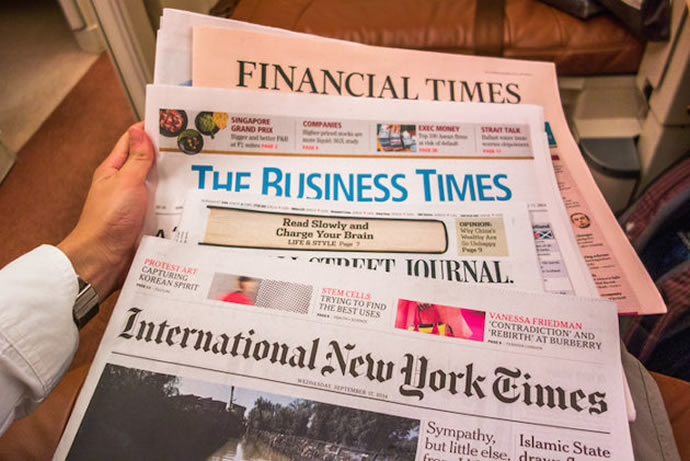 Certain perks just sway along when your tickets comes with an $18,400 hefty price tag. Namely -Dom Perignon and a copy of every newspaper on board. 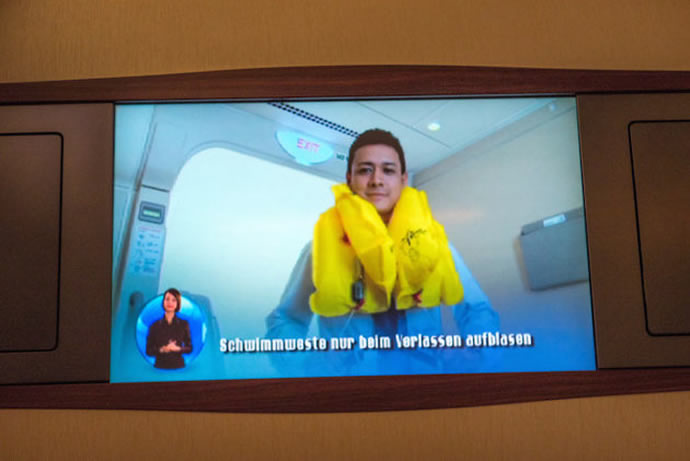 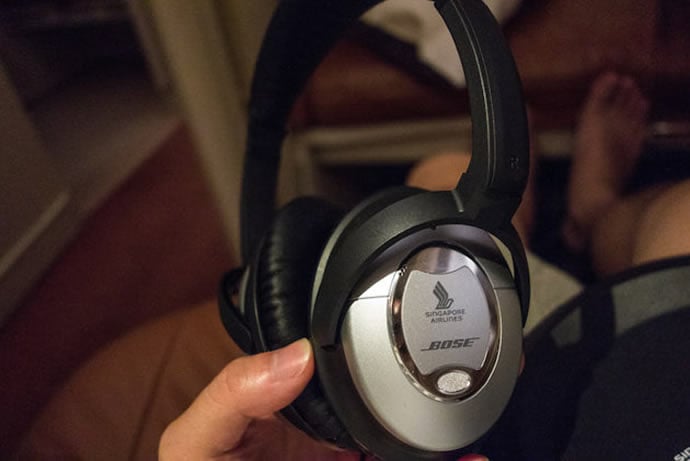 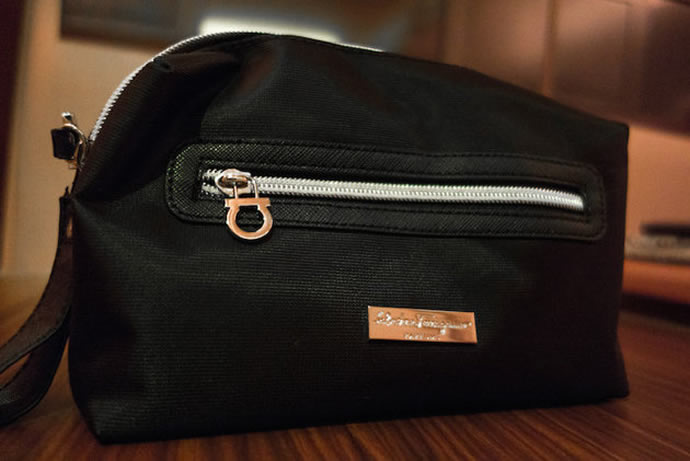 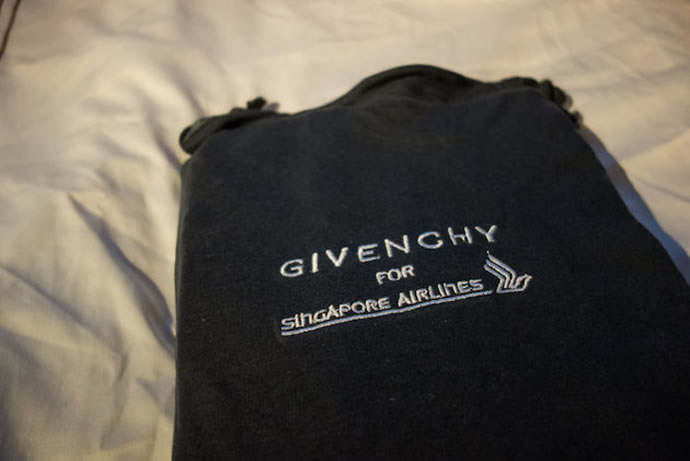 And everything else was from the house of Givenchy….. 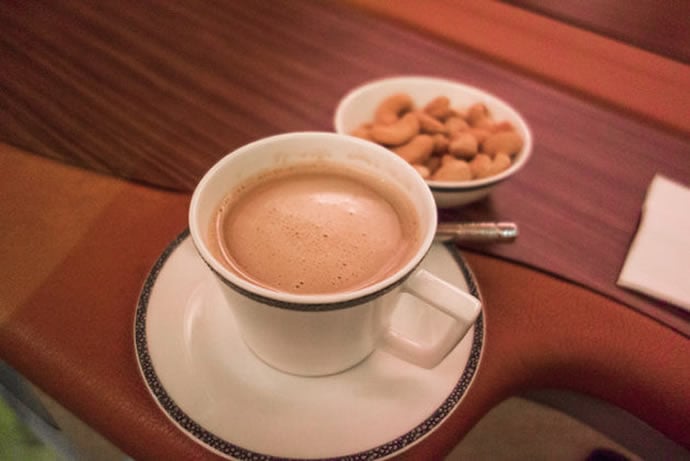 Seeing that it had only been a few hours and Derek was just beginning to indulge in the whole suite experience, he decided to order coffee to stay up. He isn’t exactly a coffee connoisseur, but he does have a small inkling that Jamaican Blue Mountain costs a ton. A pound of the Blue Mountain beans sells for $120 at Philz Coffee.
Having stuffed himself with three entrées back in the lounge, he only settled for a 5-course supper. 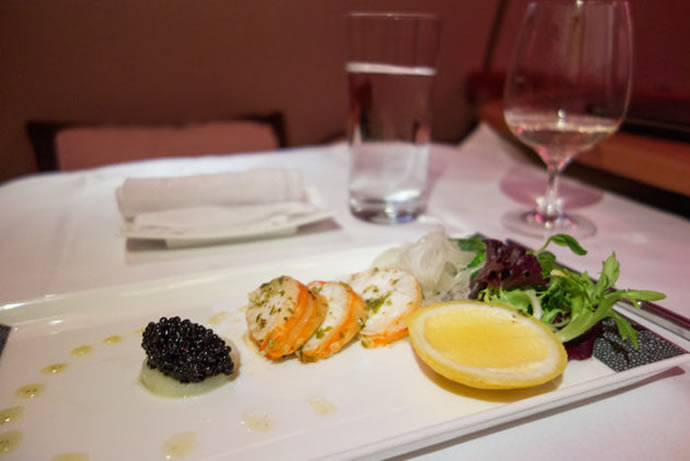 For appetizer – he savoured the Malossol Caviar with Lobster-Fennel Salad and the Duck Foie Gras with Shaved Fennel-Orange Salad, Beetroot and Mizuna. 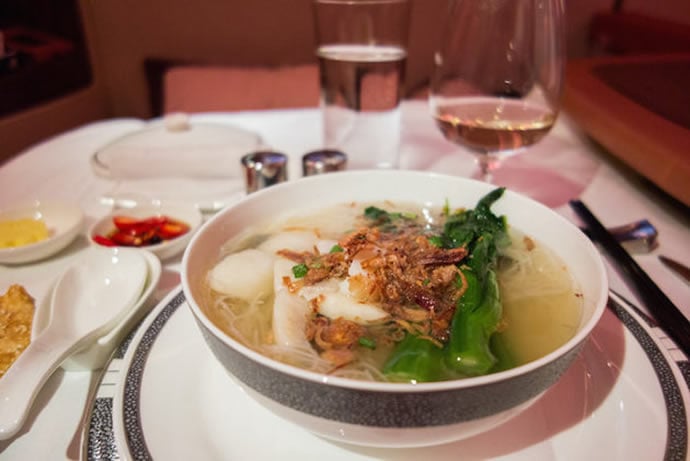 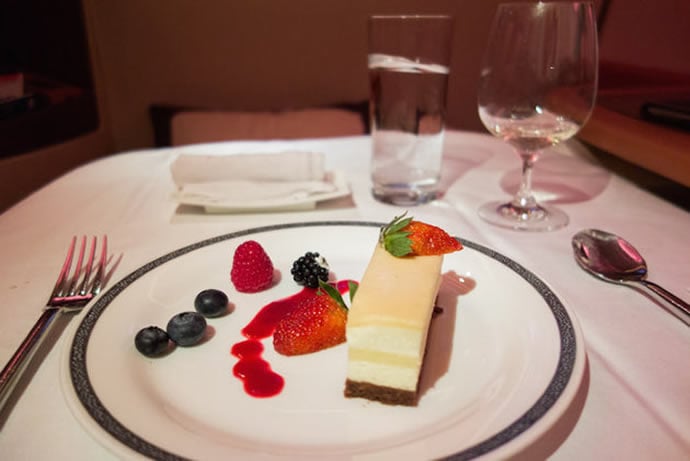 And Vanilla Bavarois with Raspberry Coulis for dessert. 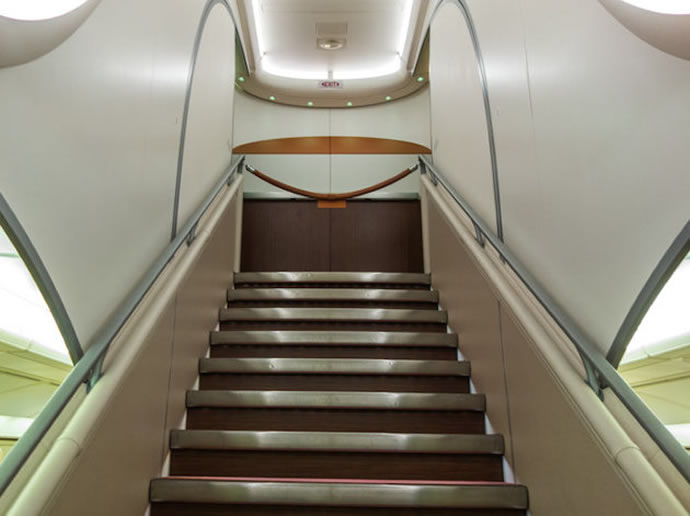 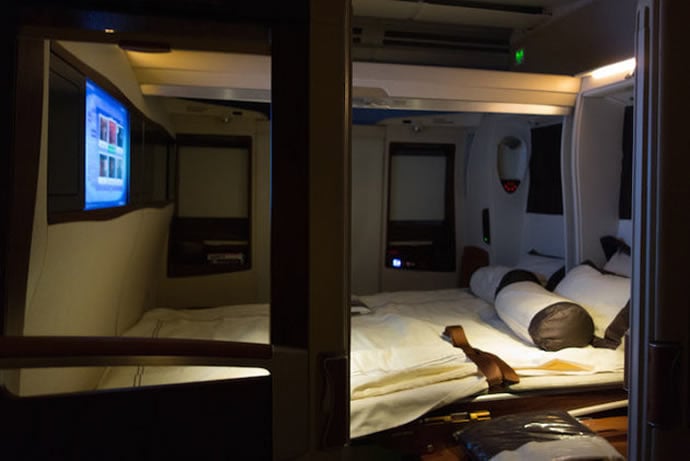 Derek decided to go for a small tour around the aircraft. Upon arriving back to his suite, his bed was made. 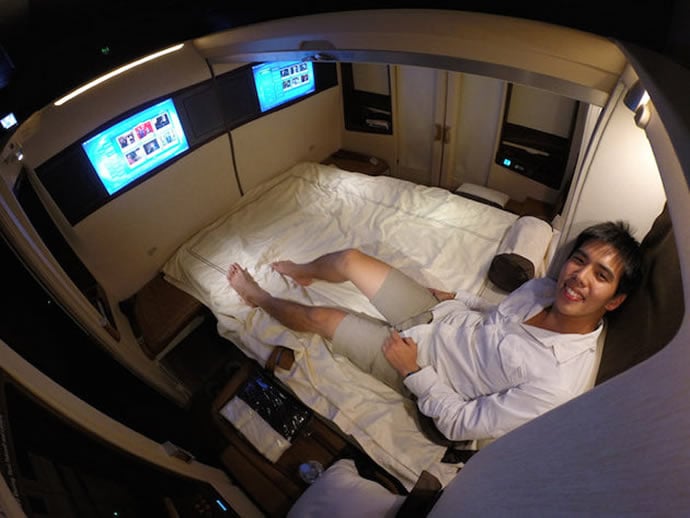 Through the entire flight, the attendants check on you almost every 3 minutes without being intrusive or annoying. They would just briskly walk past you with quick glance. 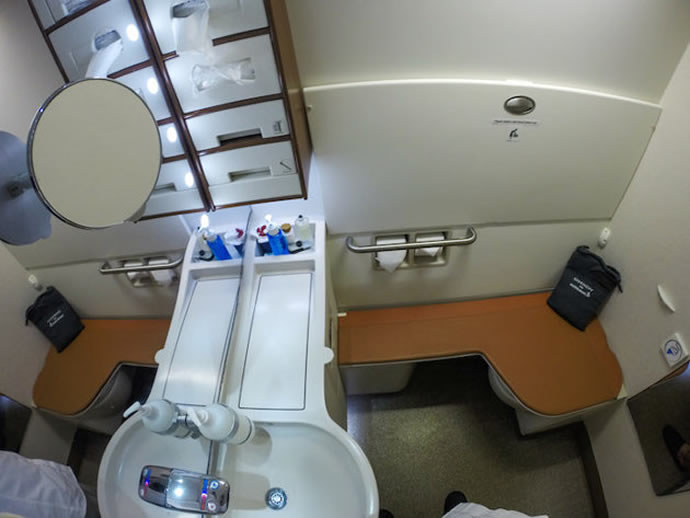 He paid a visit to the restroom to change into the pajamas provided. There’s a seat that folds down that’s actually more comfortable than most Economy Class seats. 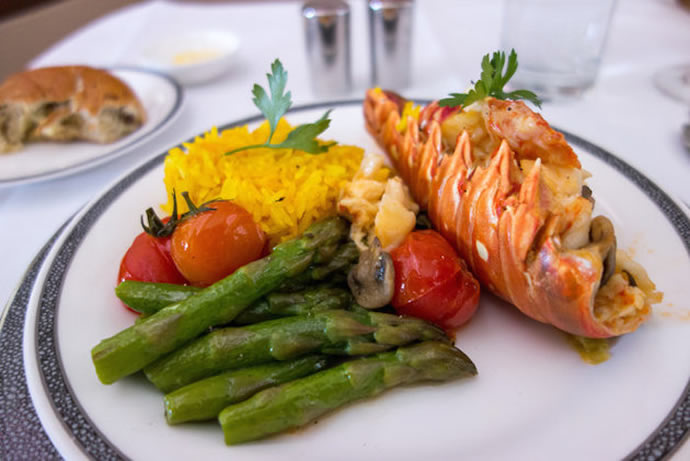 For the first meal in the morning, Singapore Airlines’ Book the Cook service was in order. It allows you to pre-order a specific meal before the flight, which is then specially put onboard the flight for you. He devoured the Lobster Thermidor with Buttered Asparagus, Slow-roasted Vine-ripened Tomato, and Saffron rice. 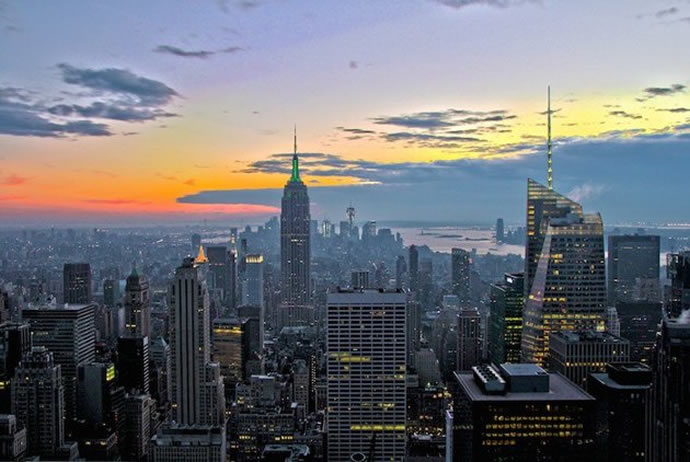 As the aircraft finally touched down in New York, he didn’t want to leave the airplane I’m sure.

I don’t blame him – after being served Dom Pérignon in a double-suite bedroom at 36,000 feet, I’m not sure flying experiences get any better than this.

Tags from the story
First-Class, Singapore-Airlines