Manhattan, one of the world’s foremost commercial, financial, and cultural centers is known for a variety of things but come Spring 2023 and many will head to Manhattan for the city’s first public beach ‘ Gansevoort Peninsula Park’. On February 4, 2021, the Hudson river park trust announced three requests for proposals (RFP) to construct the project that will be primarily funded by the city and the first since Battery Park’s expansion in the 1970s. It will set them back by nearly $70 million, for which Madelyn Wils, President & CEO of the Hudson river park trust, says, “As Hudson river park moves closer to completion, we are excited to be in a position to start construction on one of our signature projects this coming spring. Thank you to our funding partner, the city of New York, for its support of what will be the largest single greenspace in Hudson River Park.” Let’s take a walk in the beach park of the future and Manhattan’s first: 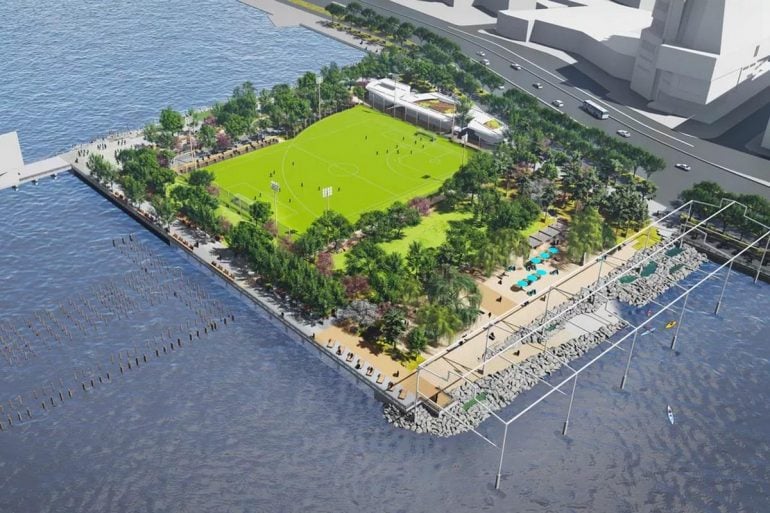 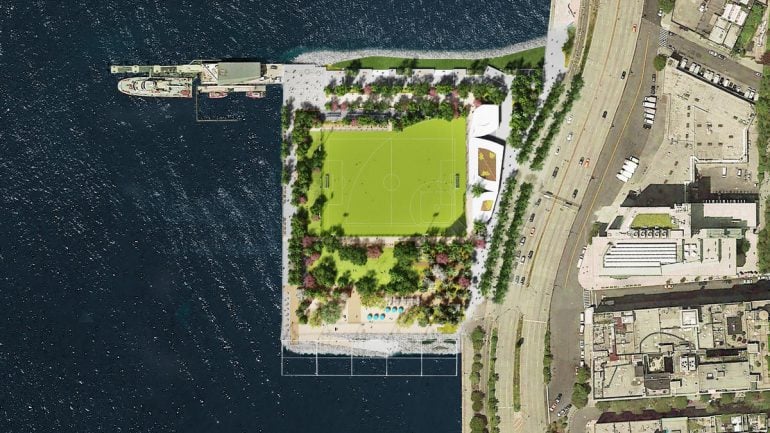 The Gansevoort Peninsula will become a large green oasis flanked with a soft-edged ‘beach’ and provide river access to kayakers and other small boaters, as well as a place for lounging and river views. 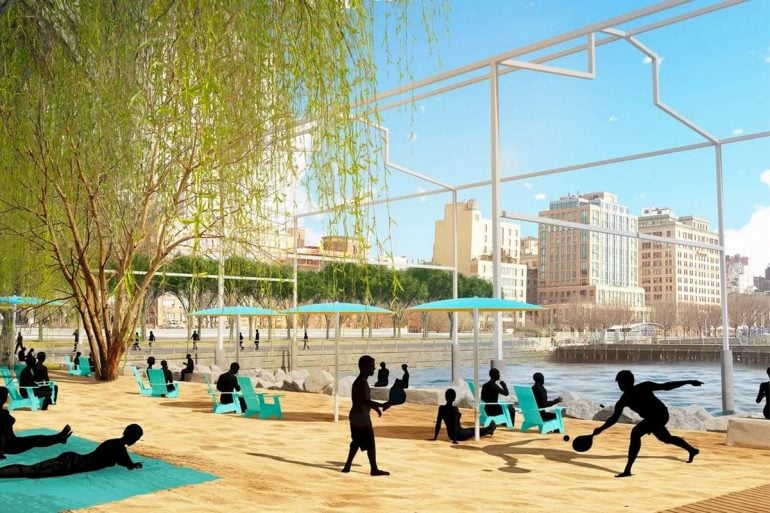 With the sandy beach on one end, the park will house a lawn and seating area north of the beach, a large sports field, a salt marsh with habitat enhancements on the north side, a dog run, and its western side, picnic tables, and lounge chairs. 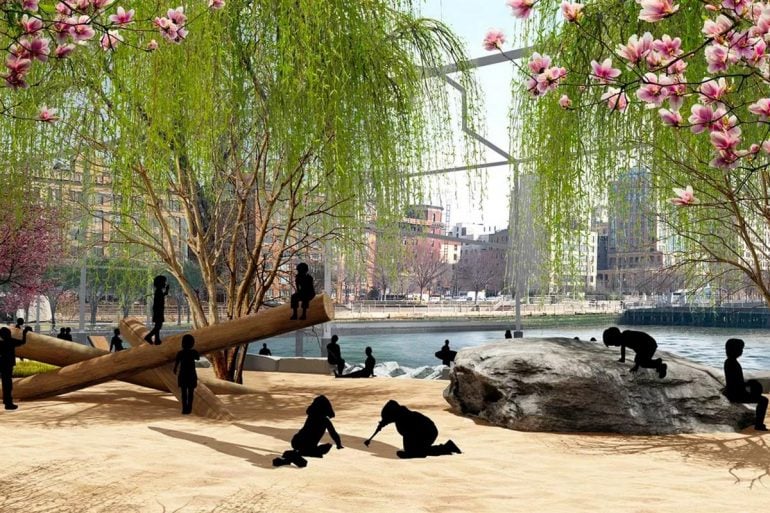 Heatherwick Studio has designed ‘Little Island,’ a maritime botanic garden with 35 species of trees, 65 species of shrubs, and 270 varieties of grasses, perennials, vines, and bulbs. This pubic pier is part of the Gansevoort Peninsula Park and will open in 2021.