The Mercedes-Benz Style EC145 luxury helicopter created as a joint-effort between the German automaker and Eurocopter had made a bedazzling debut in the concept form back in 2010. The first finished EC145 was introduced at the European Business Aviation Convention & Exhibition (EBACE) in Geneva a year later, and since then Airbus has delivered only five of these special edition luxury choppers around the world. Created in the Mercedes-Benz Advanced Design Studio in Como, Italy, the luxury EC145 made its first US appearance, at Heli-Expo in California, earlier this month. Inspired by the luxe saloons of Mercedes Benz, the EC145 Mercedes-Benz style helicopter brings the exquisite style and superior function of some of the finest European cars to the skies. 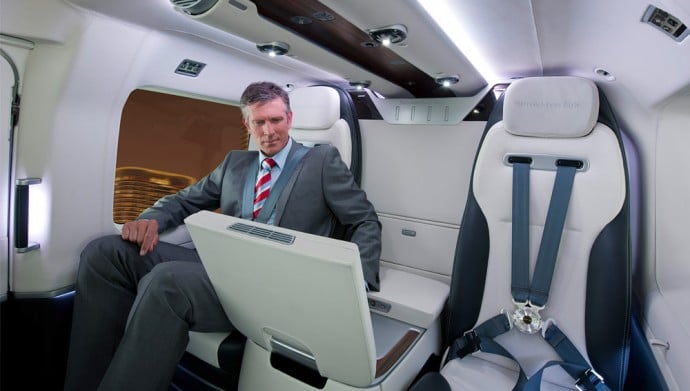 Claimed to be the only helicopter in its class that can seat up to eight passengers, the Mercedes-Benz Style EC145’s interior is decked out with some of the finest materials including fine leather and wood details. In addition to it, the special edition chopper offers an advanced in-flight entertainment system, subtle ambient lighting, and a choice of modular storage cabinets. The designers have also modified the external look of the EC145 to give it a distinguished appearance including a redesign of the front end, special shrouding for the skid gear, and a custom paint scheme. But where the helicopter really shines is the comfortable flight experience which is unparalleled. The prices for the Mercedes Benz EC145 helicopter start at $8.5 million. 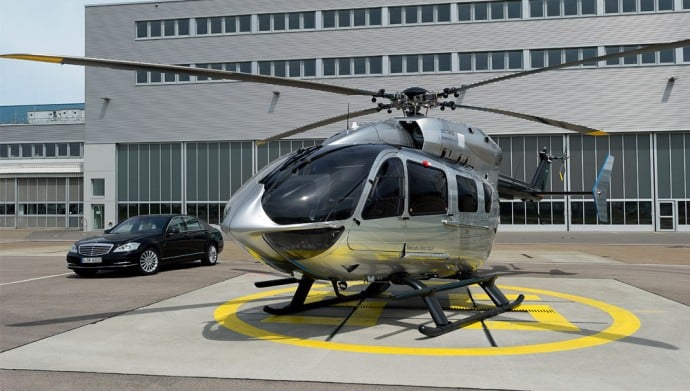 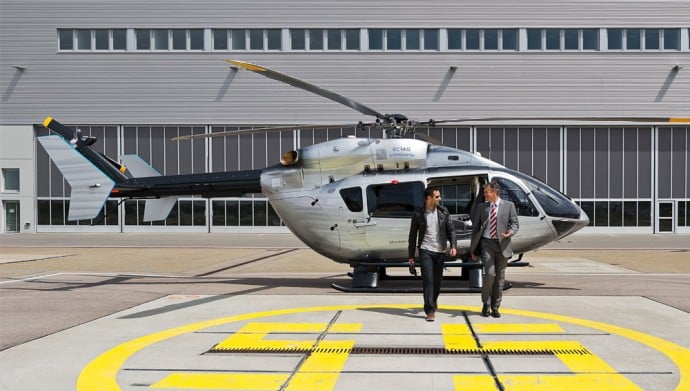 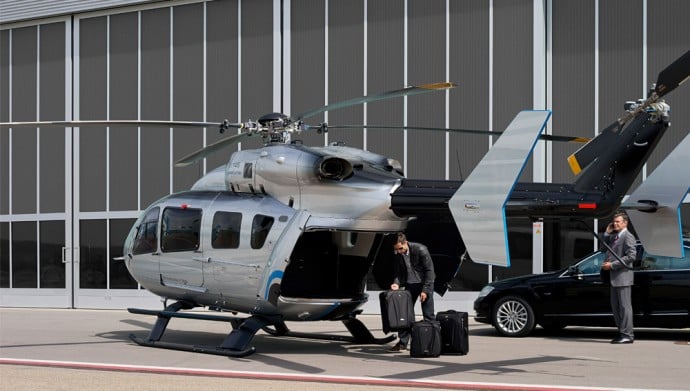 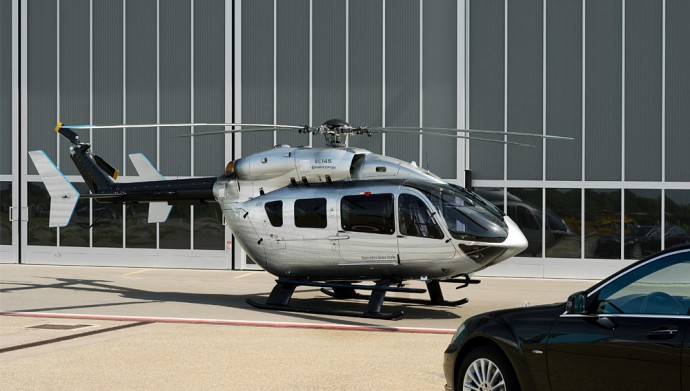 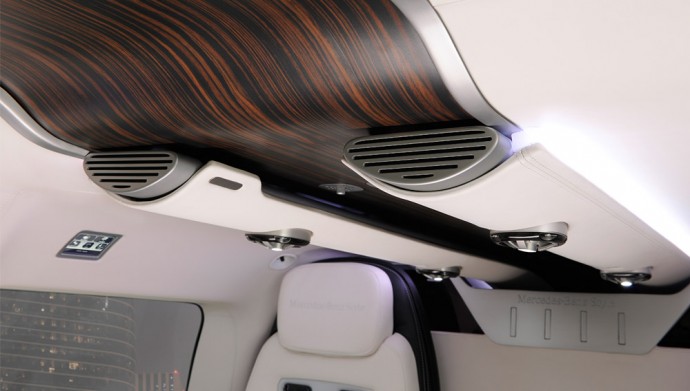 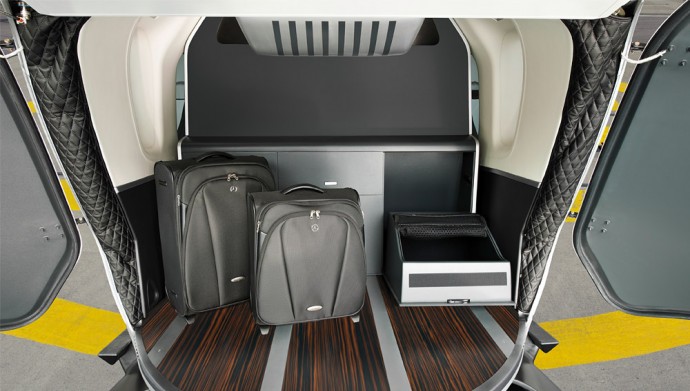 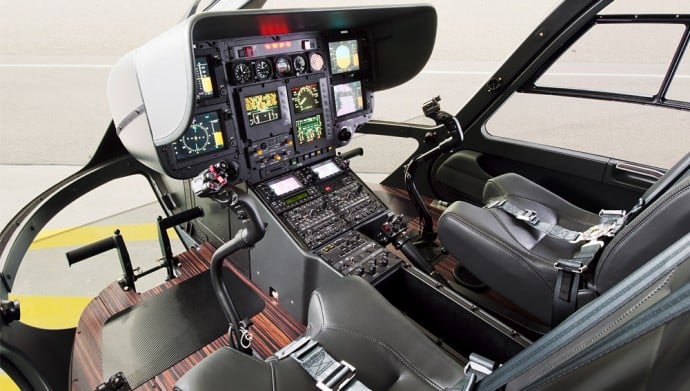 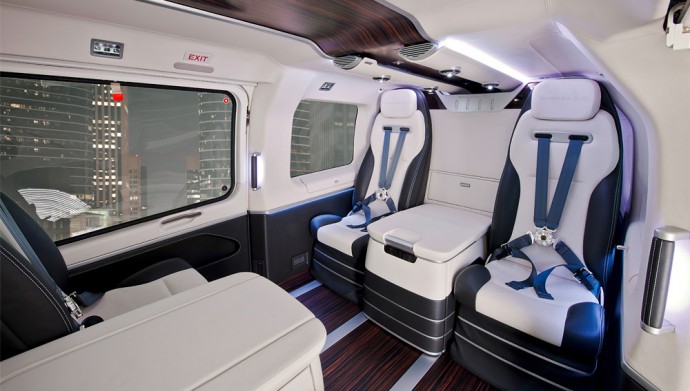 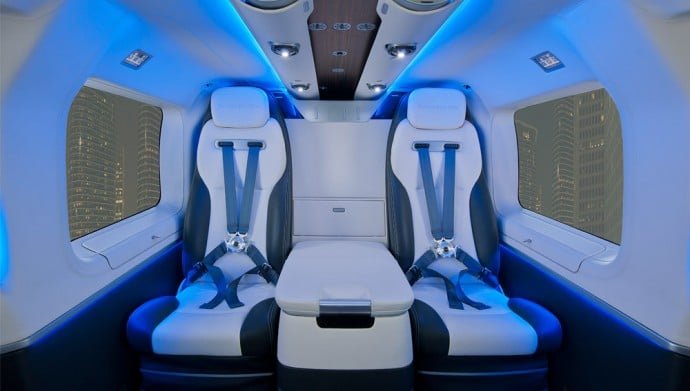 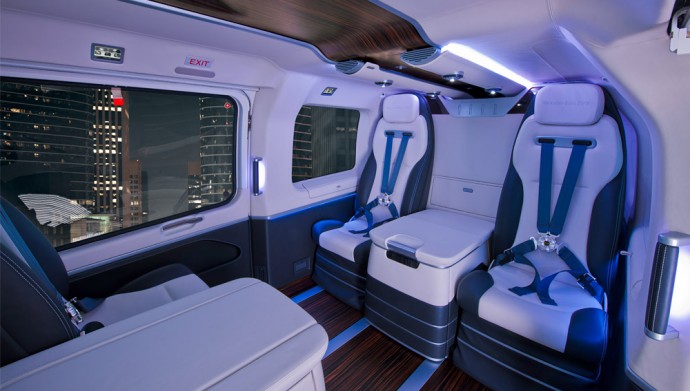 Tags from the story
Airbus, Helicopter