Commercial space travel isn’t a distant dream anymore. Elon Musk’s SpaceX recently announced that Japanese billionaire Yusaku Maezawa will be the first moon tourist who’ll fly into space aboard the company’s Big Flacon Rocket in 2023. Even Virgin Galactic is making steady progress towards launching its commercial space flight and last month announced that it’s preparing for the next phase of the SpaceShipTwo test flight program. So it’s about time that someone made a Kayak-like online aggregating platform for booking a seat on spaceflights. Meet Shuttle, a web and mobile-based booking agent for spaceflight created by a 24-year-old entrepreneur named Avery Haskell. A Stanford graduate who counts Stephen Hawking and Carl Sagan as his heroes, Haskell says he first knew he wanted to be an astronaut ever since he was a boy growing up. Shuttle was launched out of the Alchemist Accelerator and was co-founded with cybersecurity expert and Wickr co-founder Nico Sell. 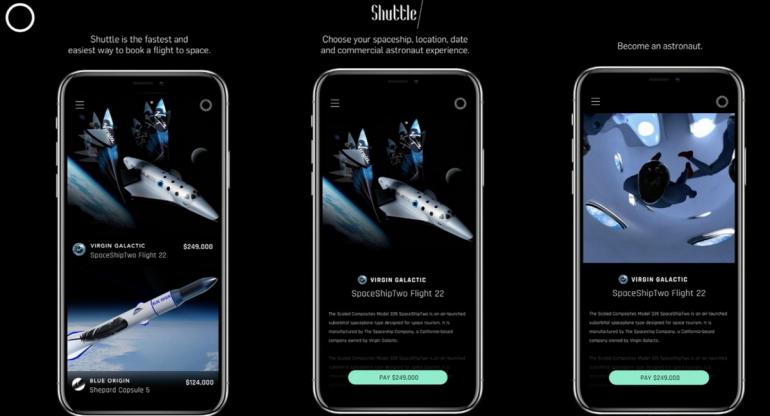 “Space is my first love,” said Haskell. “I’ve always wanted to be an astronaut and help more people become astronauts. I thought it would be cool to get more people to go to space and get more people interested in space travel.” The offerings on Shuttle will range from trips on Virgin Galactic costing upwards of $250,000 to more affordable packages that will include a zero-gravity flight on a modified Boeing 747 priced at just under $5,000 per seat. “Our mission is to open space up to everyone,” Haskell further added. “We want to get more people to space so that the price goes down and so that more people can see earth from space and become private astronauts.” Shuttle will slowly add more packages on offer which will include bookings for space hotels. The company aims to become the hub that aggregates all commercial space travel related bookings.

Tags from the story
App, Space