China could be leading the game when it comes to trains, at least! It recently unveiled the world’s first-ever glass-bottomed, eco-friendly sky train that not only offers stunning views but also runs on lithium batteries. Yes, that’s right!

Driven by new renewable energy resources, the train resembles a country’s most popular animal-Panda. It is part of the Dayi Air-rail project, which is being developed by Zhongtang Air Rail Technology Co Ltd and marks China’s maiden attempt at renewable energy suspension railway demonstration.

A greener alternative to other high-speed trains, the novel rail features a transparent glass bottom along with glass panels on three sides. It uses lithium battery power packs as traction power and is about 11.5 kilometers (about 7 miles) in length. Each of its carriages can accommodate a maximum of 120 people at one time. 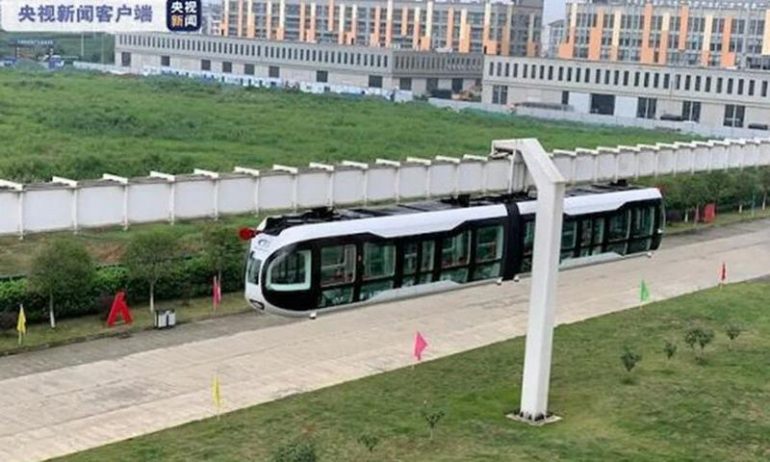 It can further travel about the same speed as a subway at 80 kilometers (50 miles) per hour and weighs merely 2.5 tons. Commenting on it, Zhong Min, deputy general director, Zhongtang Air Rail, said, “The car is made of carbon fiber material and composite foaming material, which greatly reduces the weight of the carriage.” 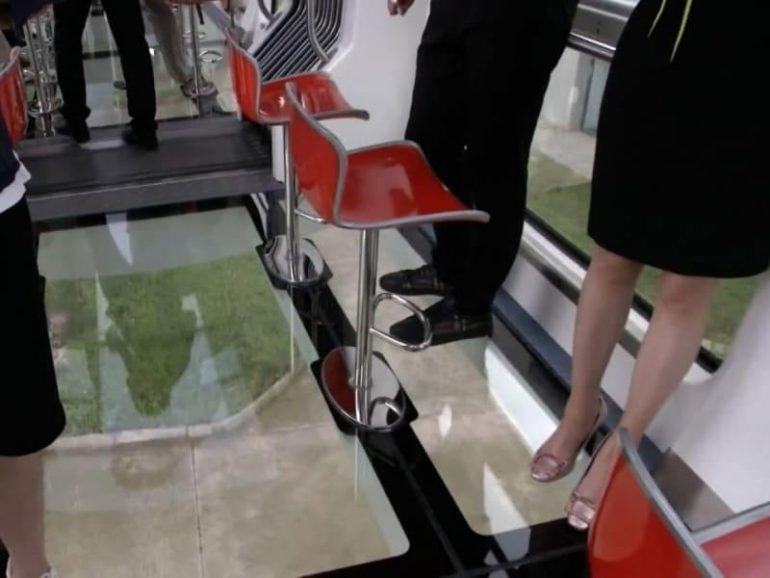 The air-rail vehicle was officially rolled off in China’s Chengdu on June 26, 2021.