It was not just about the speed, but the entire experience. Long before we had flying suites with butlers, showers, and nannies there was the Concorde. An aviation marvel which could get you to New York before the time you took off from London. Brian Miller shares his experience on Quora of how it was to fly on the Concorde. 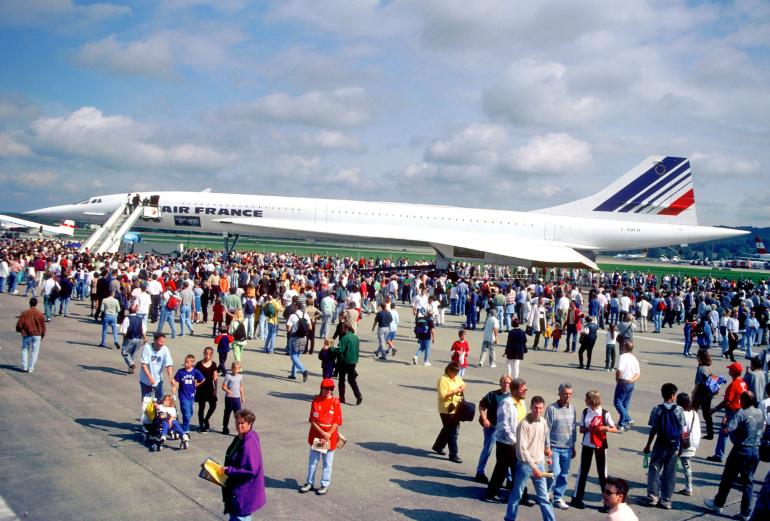 I flew on Concorde almost a dozen times in the 1990s. I was based in Paris and flew regularly to NY: for some years BA automatically upgraded business seats to Concorde on that route. I also earned enough air miles to take my then-girlfriend to NY return on the ol’pointy plane. 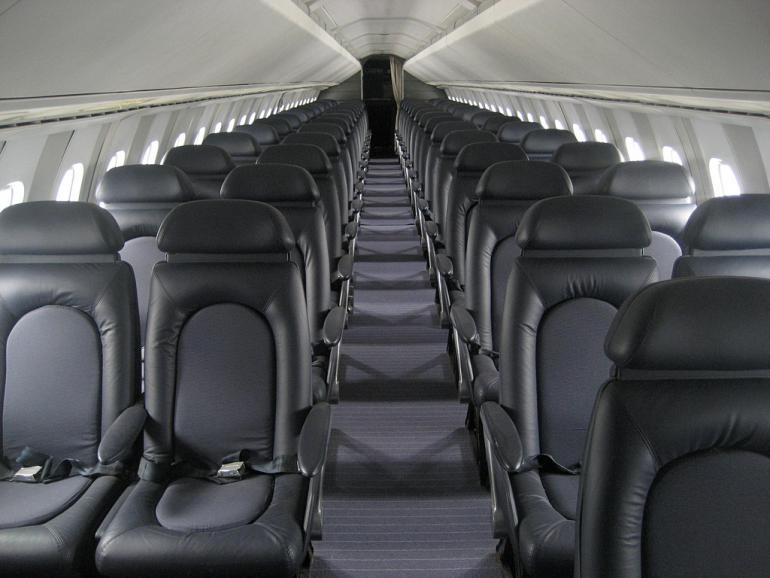 As a semi-regular, I started to notice a few things. Even Concorde was demarcated. The front cabin was for serious travellers. The rear cabin was for the prizewinners, cruise ticket holders etc. The further forward you were in the front cabin, the more famous you were. Captains of industry, Hollywood stars and supermodels got the front 3 or 4 rows. Because you could only carry on a tiny bag, everybody had to go to the luggage carousel. Standing next to Captain Jean Luc Picard of the Starship Enterprise waiting for his bag was one of the highlights for me. As a consolation for the indignity of having to check your luggage, they gave you plastic zip covers to protect your lovely bags. 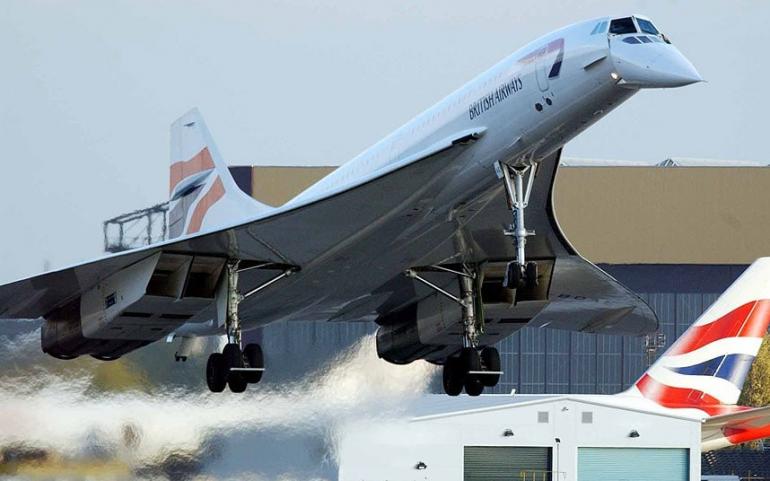 The acceleration was particularly spectacular, it was like a giant hand gently pushing you back into the seat. If you’ve ever been in a fast sports car, you’ll have felt it, but for a few seconds. This went on for a couple of minutes. There was an alarmingly strong smell of airline fuel when they lit the afterburners: it stank like a zippo lighter. The climb rate was ridiculous. Through the tiny weeny window you could watch London disappear into a dot. 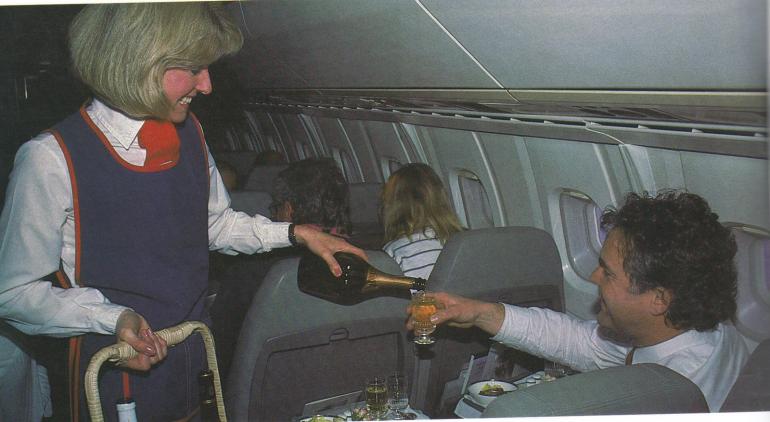 Now let’s talk about the wine. They served Forts de la Tour, a truly great wine. As it was early morning in New York, nobody drank – in the front cabin, at least. Down the back I’m sure the touristas were knocking it back. A few times, I did (I was 25, sue me). This meant that I arrived for a 930 meeting in Manhattan chewing mints trying not to reek of booze. Oops.

Another thing about the front cabin: nobody took the swag. I suppose Lord Hanson and Elle McPhearson had nicer wallets or photo holders at home. I was 25 and had had a couple of glasses of Premier Cru: when I walked off the plane I just scooped up a bunch of left-behind freebies. They made nice presents.

The seats were quite cramped. It was basically an Economy layout but they’d tried to make the seats as fancy as possible with soft grey leather. 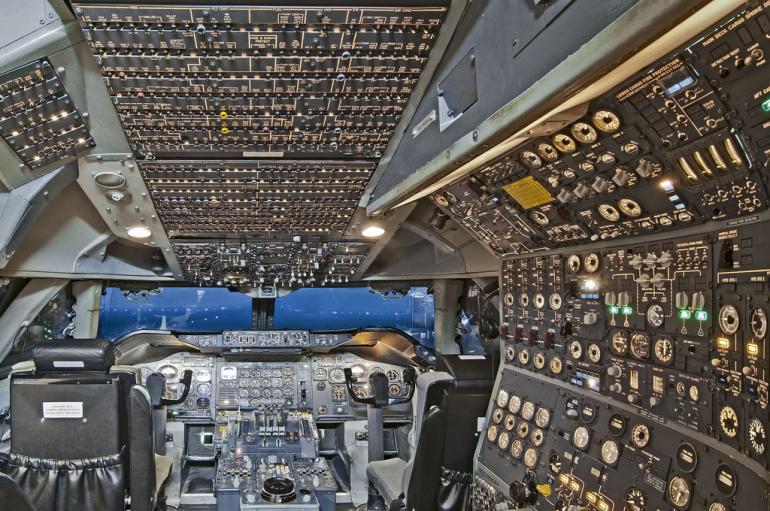 I went up to the cockpit a couple of times, the pilots were lovely. It was surprisingly old-fashioned looking: hundreds of little dials and switches. I also had some fascinating conversations, a WW2 veteran who’d become a real estate developer in New York, an art dealer, and a 100 year old lady who’d worked all her life at Macy’s and had been bought a return ticket as a thank you present.

Of course, as soon as you had your bag you were straight out into a smelly New York taxicab and plunged into Brooklyn rush hour traffic.

Tags from the story
Concorde, Plane