The next time you plan to visit Miami and decide to make the trip memorable starting the day at the Miami Riverwalk, Shop and dine at the Bayside Marketplace, admire street art at Wynwood Walls you can add Miami beach’s first underwater public sculpture park, snorkel trail and artificial reef to the list. Called ‘ReefLine’ the project will operate as an artificial reef to protect and preserve the city’s marine life and coastal resilience and provide critical habitat for threatened reef organisms, supporting biodiversity and enhancing coastal resilience. The ReefLine is designed by OMA / Shohei Shigematsu de and will serve as a 7-mile underwater public sculpture park. This project was conceived by cultural placemaker Ximena Caminos, along with expert marine biologists, researchers, architects, and coastal engineers who are also the brains behind the huge sculpture within. Speaking of the sculpture this avant-garde art puts together quite a show with a sand sculpture of cars in a traffic jam, a spiraling staircase reminiscent of an M.C. Escher print, and combines the worlds of a tourism attraction seamlessly with art and science.

The park that spans seven miles n all will be launched with the first mile slated to open in December 2021 with a commission titled Concrete Coral. In later phases, the park has commissioned the artists Ernesto Neto and Agustina Woodgate to create underwater works. The grand sub-aquatic project is estimated to cost around $1 million and is being led by the non-profit foundation BlueLab Preservation Society. 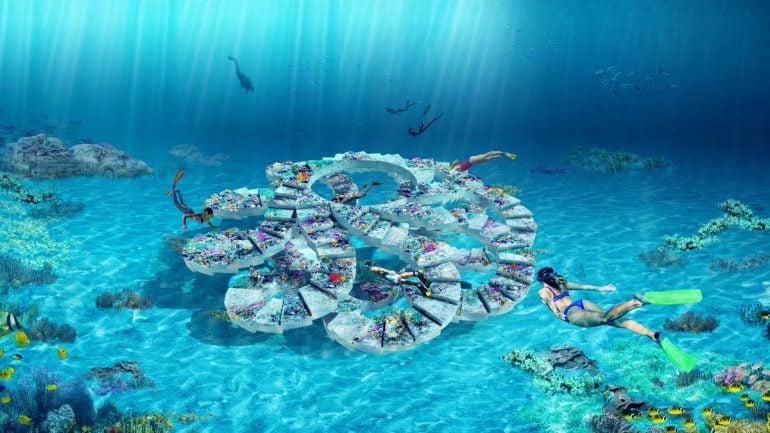 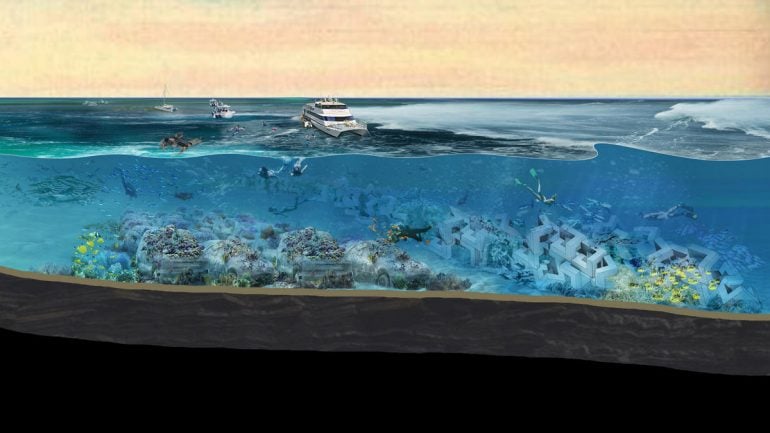