Set against the backdrop of a glamorous city of Cannes, the 37th edition of the Cannes Yachting Festival (also known as the Cannes Boat Show) took place between 9 and 14 September in the famous Bay of Cannes. As Europe’s leading in-water exhibition, the Cannes Yachting Festival 2014 offered show goers the opportunity to preview some of the nicest yachts on the market for sale and for charter. The show welcomed more than 50 000 visitors and 480 exhibitors from 34 countries.

In essence, the show is a place where glamour meets luxury, because even during the fabled Cannes Film Festival there aren’t this many glamorous superyachts in town! 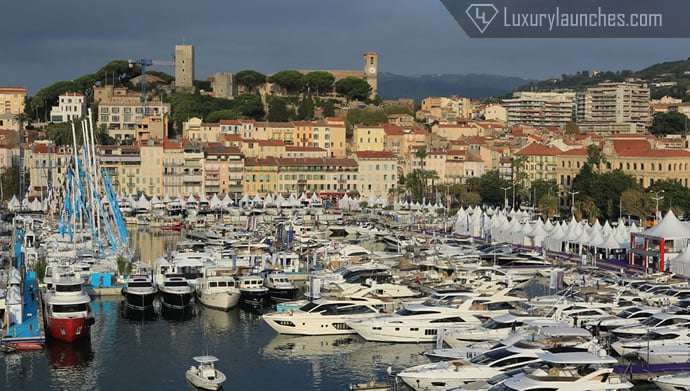 Yachts of all sizes and types were on display in the Vieux Port as well as in the Port Pierre Canto at the far end of La Croissette, to which VIP guests were delivered by a tender. Over the six-day event the Vieux Port showcased numerous inspiring new models, among which were motorboats and sailing boats ranging from 8 to 50 metres, and a variety of yachting products and ancillary services. The highlight of the show, however, was a set of what the yachting industry calls “world-premiere editions,” i.e. brand new yachts, which were presented to the public for the first time. Another unique feature of the show was the ability to test most of the yachts out at sea.

Among the stand-outs of this year’s festival were the following yachts: 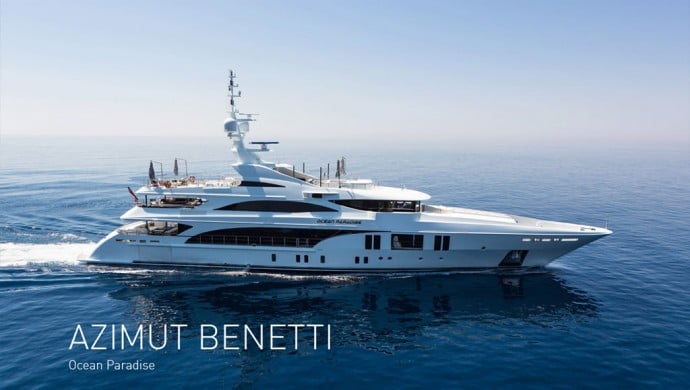 Azimut Benetti – Ocean Paradise – 55m
This Zen-inspired superyacht was developed by the Benetti’s in-house interior designer and is an excellent example of an Asian-influenced décor done right. Among its unique features is the superyacht’s massive master suite, which has a fixed balcony that yacht guest can enjoy even when the yacht is moving. However, what really makes the yacht stand out is its large outdoor area sheltered by the overhang sun deck. The yacht also boats a spa pool, surrounded by a large sunpad, and a nearby carbon fibre wet bar. 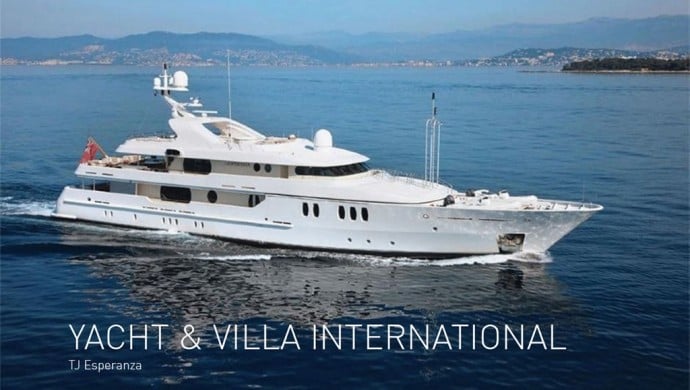 Yacht & Villa international – TJ Esperanza – 50m
Built in 1999, this striking superyacht is exceptionally well maintained and is considered to be one of the best preserved motor yachts of her age on today’s charter market. The yacht was extensively refitted in 2010 and sleeps up to 12 charter guests in six impressive staterooms. It can also accommodate up to 12 crew members on board. 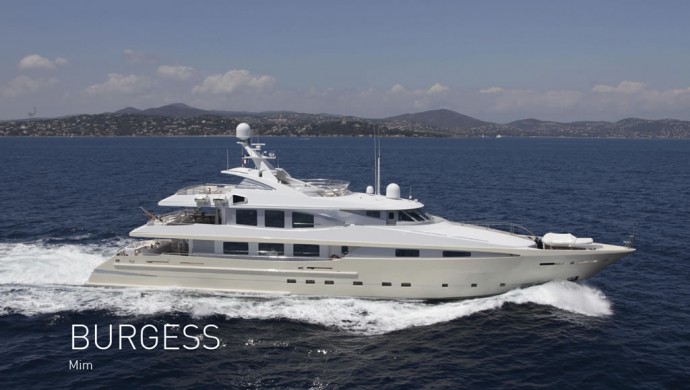 Burgess – Mim – 49m
Delivered in 2001, Mim is a perfect combination of the European build quality and a
sophisticated interior by Andrew Winch Designs. This superyacht offers superb living areas and can accommodate up to 12 guests in six cabins, including an impressive owner’s suite featuring his-and-hers walk-in wardrobes. 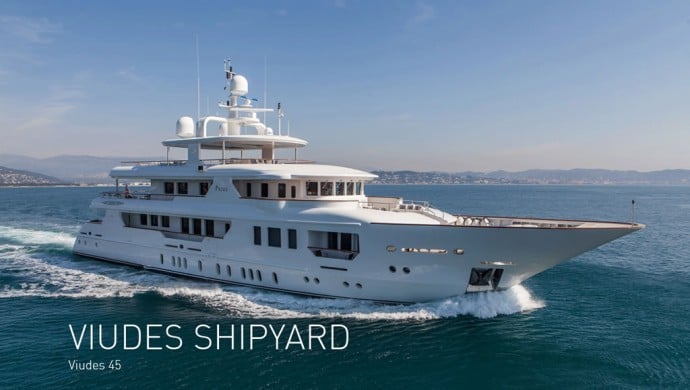 Viudes Shipyard – Viudes 45 – 48,2m
Developed by nautical fittings specialist Sanguineti Chiavari, Viudes 45 is most notable for its exterior features, such as a huge swim platform and a generous outdoor space with a swim ladder that can be raised or lowered 2.8 meters into the water. 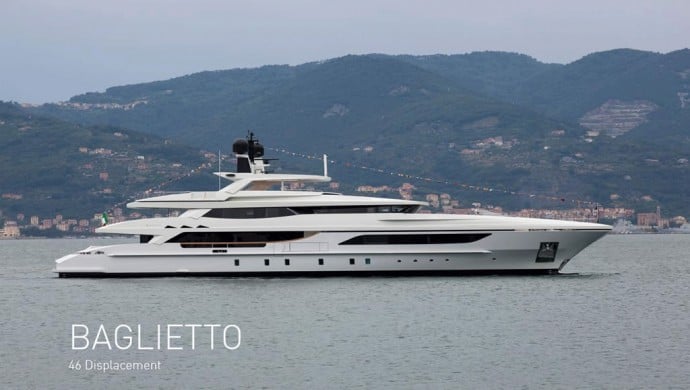 Baglietto – 46 Displacement – 46,3m
Launched in 2014 in La Spezia, this new motor yacht developed by a legendary shipyard was among the “world-premiere editions” of this year’s Cannes Yachting Festival. Inspired by the pure minimalism and by nature, the interior and exterior spaces are outstanding and create an atmosphere of sophisticated elegance.

The exclusive coverage of the Cannes Yachting Festival 2014 was provided for LuxuryLaunches by SmartYacht, leader in shared yacht ownership in the Mediterranean.

Tags from the story
Cannes, Yacht