In the city of blinding lights…that’s right, U2 may as well have been crooning about Paris. Except the city of lights, looks just as pretty in photographs. Birthplace of the Moulin Rouge cabaret, home to the celebrated Musée du Louvre, mecca of fashion, inspiration to countless films and writers, magnifique shopping and dining destination, ah! The accolades are endless. And that brings us to the inevitable, everyone wants to be in Paris but what are the best things to do in the populous city? You may think you have the answers, but trust me no one can have better answers than Four Seasons Hotel George V’s Chef Concierge. So here’s looking at Roderick Levejac’s sightseeing suggestions. 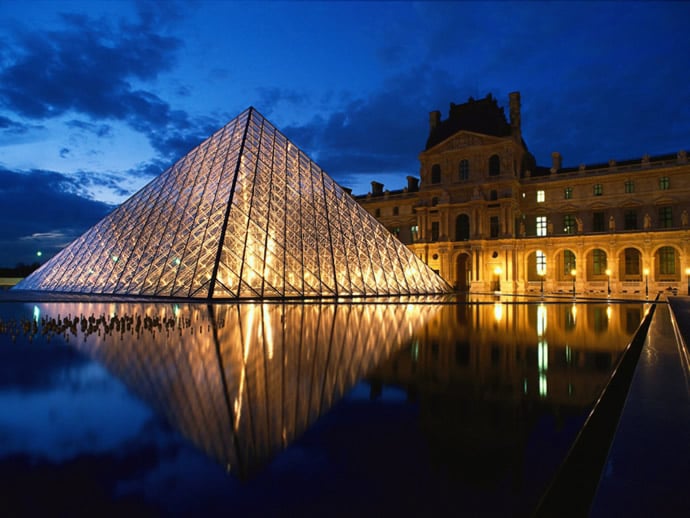 Louvre might be the obvious must-visit and for all the right reasons too. But there are other smaller, yet fascinating museums like the Musée Jacquemart-André and Musée Nissim de Camondo, located near the Parc Monceau. Fascinating how? Formerly private hôtels particuliers of prominent 19th- and 20th-century families, both are raging demonstrations of the home life of Parisian society’s most refined from that time.

And then there’s Baccarat. The Baccarat Museum, housed in a 19th-century mansion to be specific. Its name itself does the job. But its décor by legendary designer Philippe Starck that showcases some of the finest crystal in the world only adds dazzling advantages to the tour. As for fashion fiends, they may tour Louis Vuitton’s home in Asnières, for a complete, architectural doze of LV Love. 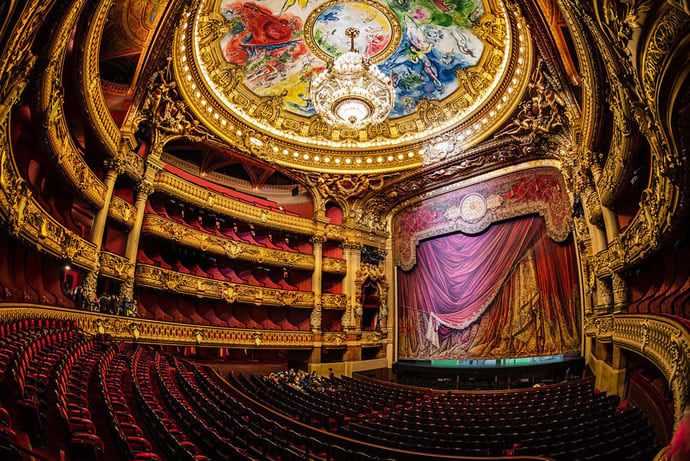 The Palais Garnier of the Paris Opéra is one of the world’s most famous opera houses. So, to be in Paris and not pay a visit would almost be like a music crime or, crime de la musique! Designed by Charles Garnier under Napoleon III, the palais primarily hosts ballets, but of course features opera. Yet another opera-tastic venue is the Royal Opera of Versailles. Taking in a show here is the perfect end to a Sun King’s palace visit. In summer, however, when the city’s opera house is closed, one can enjoy a concert surrounded by the spectacular Sainte-Chapelle on Île de la Cité. 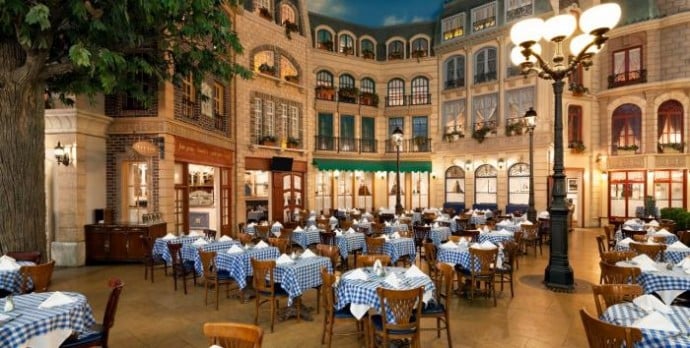 You might remember these from (a gazillion) films and perhaps even a few trips. But Roderick Levejac and his connoisseur friends recommend Café de Flore or Les Deux Maggots in Saint-Germain. Carette at the Trocadéro is a good option too and who can forget la la Ladurée and its world-renowned macarons. Here the double-decker desserts come enhanced by their Champs Élysées location. Another equally stellar setting is of Angelina. The tearoom is famous, besides its hot chocolate and porcelain teapots for being a favorite of Mademoiselle Chanel. 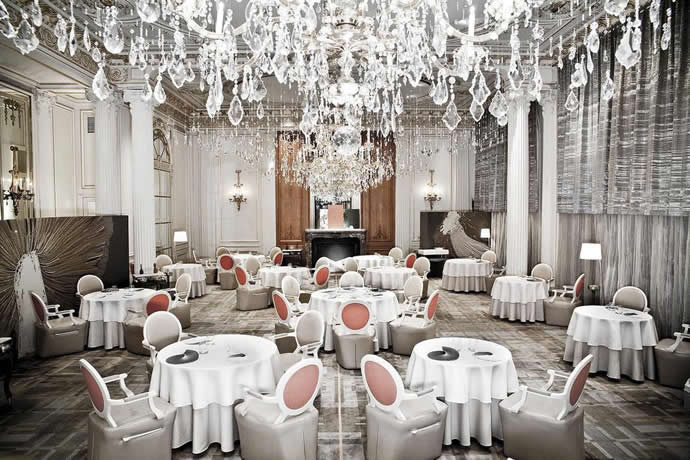 The Two-Michelin-Star Le Cinq at the Four Seasons offers a menu that draws on the freshest regional ingredients and classic French culinary techniques. If you still want more then you can try Taillevent with a name that’s a tribute to Guillaume Tirel, the 14th century cook and the man behind the first cuisine book in French, Le Viandier. You can even head to true bistros such as Savy and Le Fontaine de Mars, the latter better known now, as where the Obamas ate! Alternatively, you can also experience the award-winning haute gastronomie at Passage 53. Warning: situated in Passage des Panoramas, the Guillaume Guedj-owned culinary winner only seats 20. 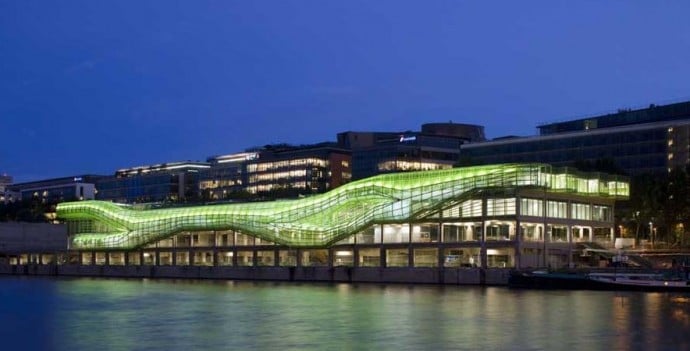 Avenue Montaigne, Avenue des Champs-Élysées and Avenue George V are what make the Triangle d’Or, or Golden Triangle, the fashion epicenter that it is. Not to mention, the world’s best-known luxury boutiques with accessory heaven Colette for neighbor, on rue Saint-Honoré or L’Eclaireur on rue Boissy d’Anglas. Across the Seine on the Left Bank, is again an extensive shop collection, with Hermès Rive Gauche, which takes its name from the chic retail hot spot locale and rests on the site of a 1935 swimming pool close to Le Bon Marché. 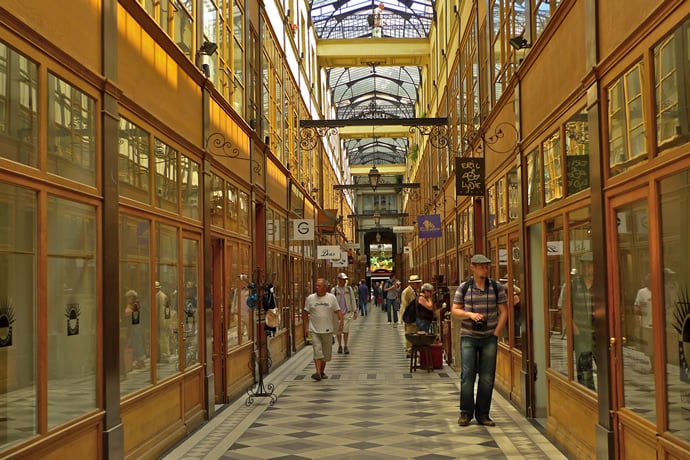 Nothing like a little mystery of discovering the old covered passages of Paris! Begin near the Grands Boulevards in the city’s theatre district with Passage Verdeau, and continue to Passage Jouffroy before crossing over to Passage des Panoramas. Don’t miss the tiny, old-fashioned boutiques though. Then, follow the rue Vivienne to Galerie Vivienne, through Place des Victoires to the arcades and quiet garden of the Palais-Royal. This slightly trendier route will lead you past the Louvre and towards the Pont des Arts. The pedestrian bridge crosses the River Seine between the Louvre and the Institut de France. Once you’re off it, you will find what Indian Jones couldn’t. Just kidding! But it’ll be good. 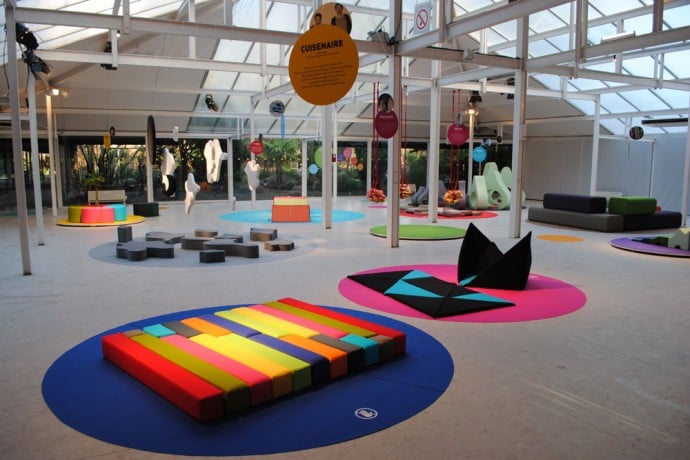 Or, for children, is Cité des Enfants, a hands on kids’ museum as well as Cité des Sciences at the city’s northern edge. Closer to the city center, the Jardin de Tuileries offers the perfect playground, trampolines, rental boats and a carousel. For seekers of the alternative, there are also the Catacombs, with neat displays of centuries of Parisian bones. 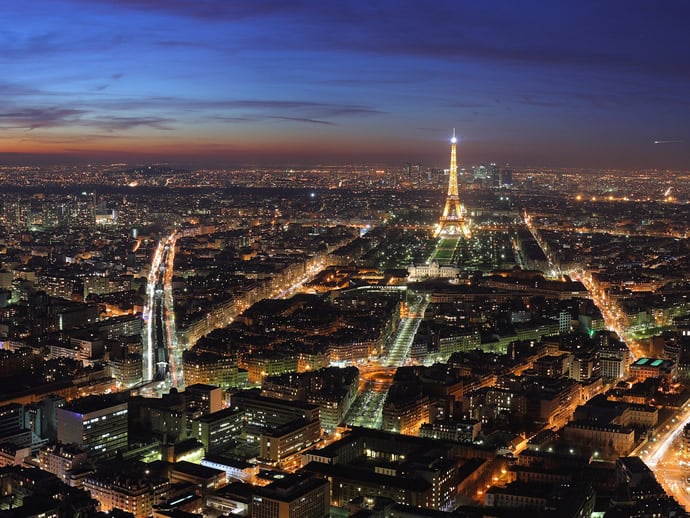 If the Woody Allen film tickled your France loving fancy, you can live out your own Midnight in Paris starting your evening at one of the city’s cocktail bars, such as the Experimental Cocktail Club. And then you can take the experimentation further to sister Prescription Cocktail Club. Something speakeasy? Basement bar, Le Ballroom du Beef Club is perfect for that and signature 1930s flacons cocktail. To keep the party going, you can then hit 79 Paris or VIP Room, two of the city’s most distinguished nightclubs. 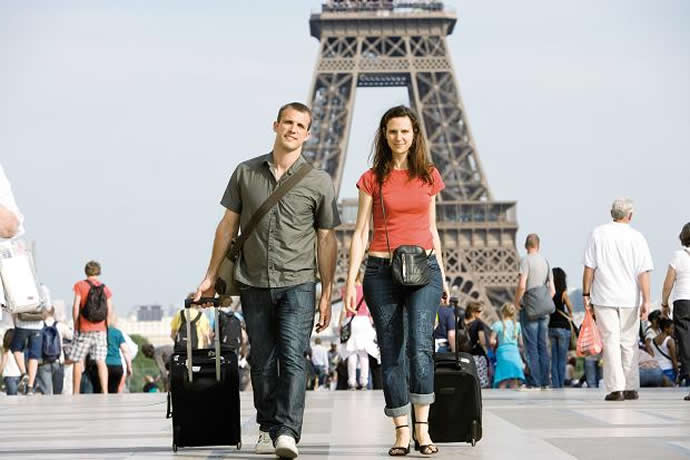 Since we are on the subject of Midnight in Paris, how can we not factor in Owen Wilson’s favorite activity from the film! It could just as well be ours if we’re along the Ponts des Arts. The most scenic walk through the heart of Paris, it is only second to that by the Quai Branly unless you are on the terrace of Les Ombres restaurant with one of the most marvelous views of the Eiffel Tower. At night, when the lights on the tower sparkle, what can be better?

Tags from the story
Four-Seasons, Paris