Cathay Pacific has a lot happening, only not right now! Some things are worth waiting for, and Cathay Pacific, Hong Kong’s flag carrier, is offering quite a few promising plans that make its future look bright. The highly anticipated fleet of 21 Boeing 777-9s for Cathay Pacific will serve flyers by 2025. Meanwhile, the airline has revealed tentative plans for the aircraft’s new First Class product in collaboration with European industrial design agency Yellow Window. Images of Cathay Pacific’s all-new First Class suites have been unveiled, and by the looks of it, we might be looking at a completely new standard of high-end commercial travel. The new cabins will be cocoon-like set-up offering a tremendous amount of space. The easily modifiable design makes it possible to transform the same space from a lounge to an office, dining room, or bedroom. The bottom part of the seating folds up to create a leg rest, with under-seat stowage for small cabin bags. Similarly, a fully flat bed can be made by releasing the straps holding the fold-out surface, which can be extended for the suite’s entire width. Seen around the seat are a fold-out dining table, smartphone holder, a recessed drink holder, and soothing LED lighting that enhance these features. If privacy is a concern, one can opt to drop the window shade, which provides enough cover in a rather open design. 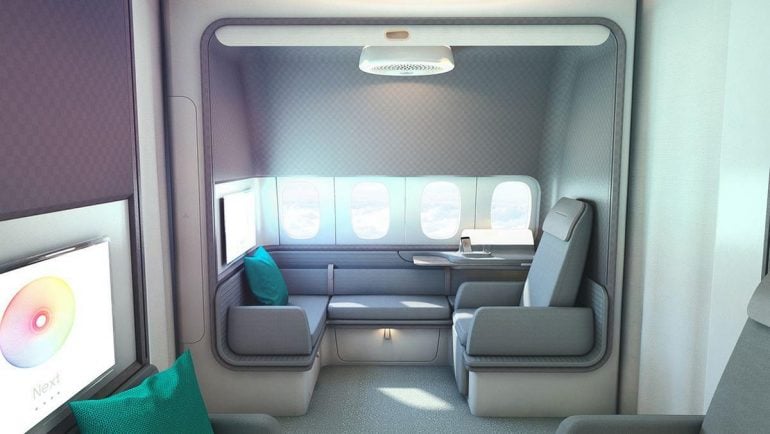 Yellow Project explains, “In the context of the delivery of its new Boeing B777-9X and the refit of the Boeing B777-300ER, Cathay Pacific wanted to rethink the passenger experience and the first-class cabin concept to strengthen its position as a leader among the world’s top airlines,” Yellow Window developed two different seat designs with the second idea being more of a true suite in the Etihad Apartment or new Singapore Suites model, configured as two rows of two seats. 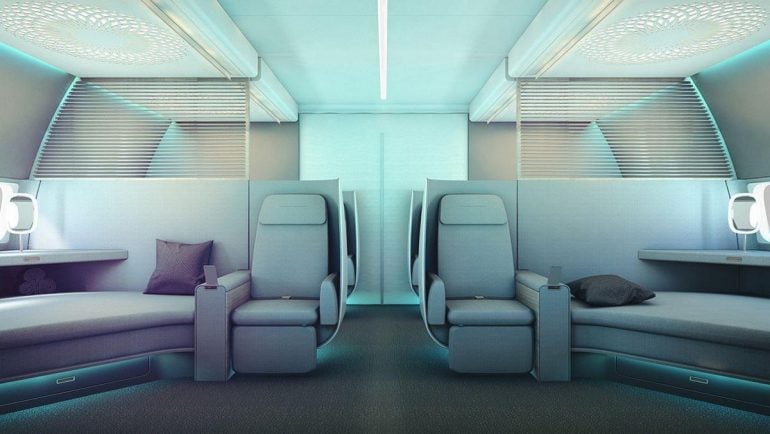 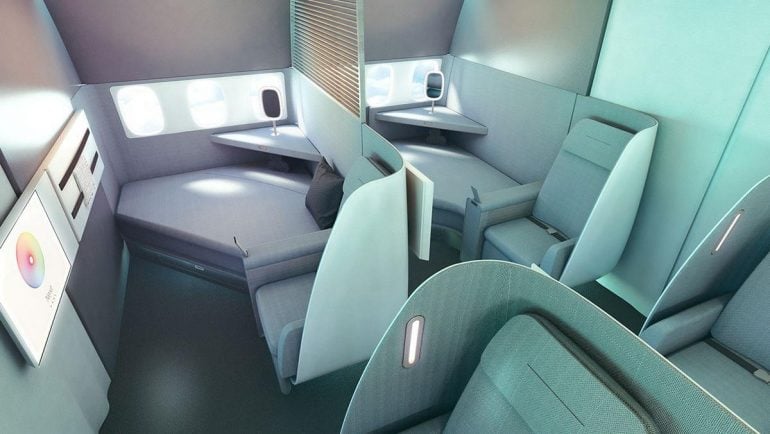 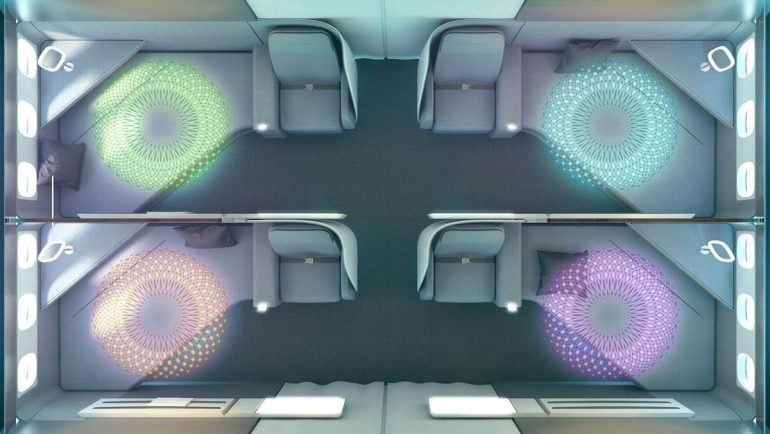 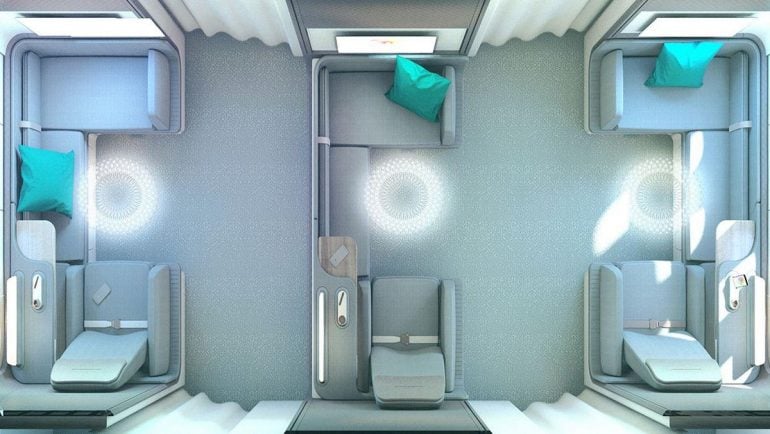 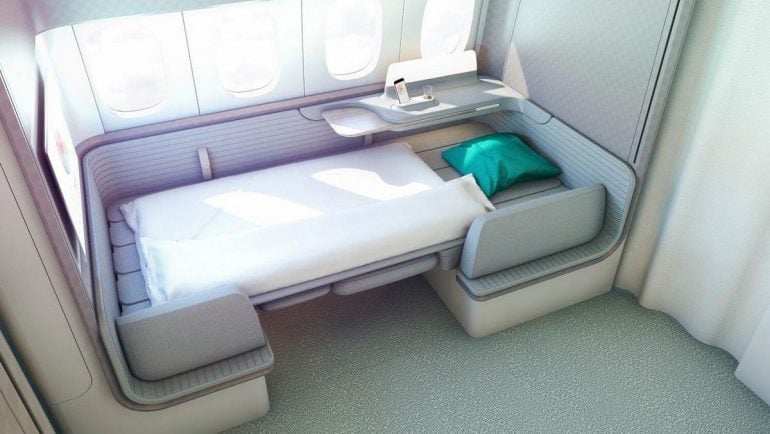 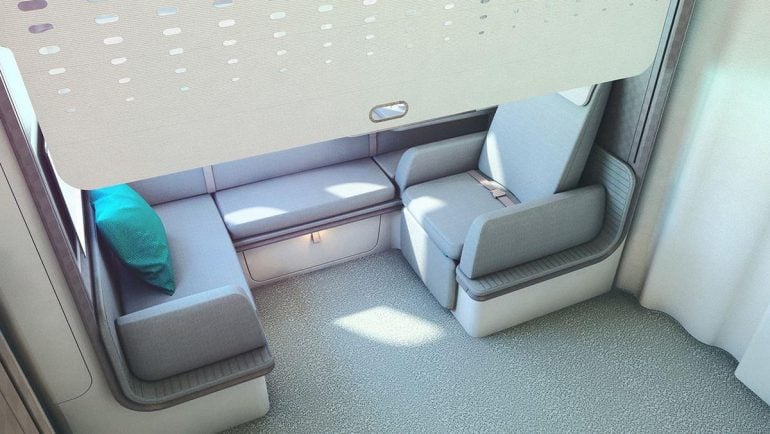 Tags from the story
Cathay-Pacific, First-Class