The world belongs to influencers and content creators. Proof of this lies in Willa, an online payments company that launched an airline called Willa Air. Gone are the days when influencers were offered airline lounge or seat upgrades, especially with a dedicated particular airline for the ever-expanding vocation that exists. Come to think of it; this idea is as novel as the occupation itself. Never before has there been an airline for even doctors who help save lives. Fintech platform Willa identifies the urgent need for influencers to cover events around the globe and click selfies. 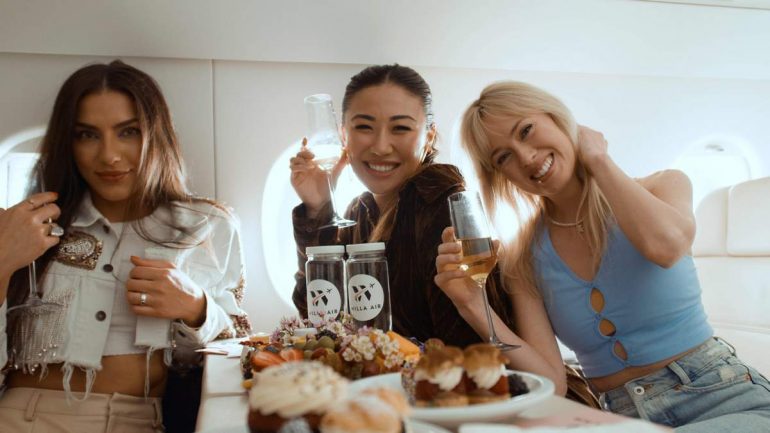 The inaugural travel route will take TikTokers and social media experts from Los Angeles to the social media mecca, Coachella. With an airline at their disposal, it is only expected that these social media giants be treated like royalty from the word go. Not only will they be picked from their pads and dropped at the entrance of Coachella, but their journeys will also be replete with pamperings like pre-festival champagne breakfast and post-festival recovery IV Drips. Paper reported, “We launched Willa Air to provide superfast and convenient travel for the content creators who are jetting off to events across the U.S. Naturally, we are launching during this huge, creator-fueled weekend in Coachella Valley, one of the biggest influencer events of the year,” Willa co-founder and Chief Marketing Officer Aron Levin said in a statement.

He added, “Willa was founded with the mission of helping creators, and quick, seamless travel is one of the many ways we are supporting our audience.” While an influencer-only airline does seem outlandish, we can unquestionably imagine what the experience will be like. We have published in the past the activities of an all-influencer flight where they irresponsibly drank, danced, and vaped their way from Montreal to Mexico aboard a chartered Sunwing flight.