The human fascination with the cosmos seeped into the world of horology and we’re always waiting for it to manifest itself among the masses. And when it does on a Rolex, many skip a beat. The Rolex Daytona Meteorite adds a new dimension to the classic motor-racing thematic that has been attached to the model since 1963. 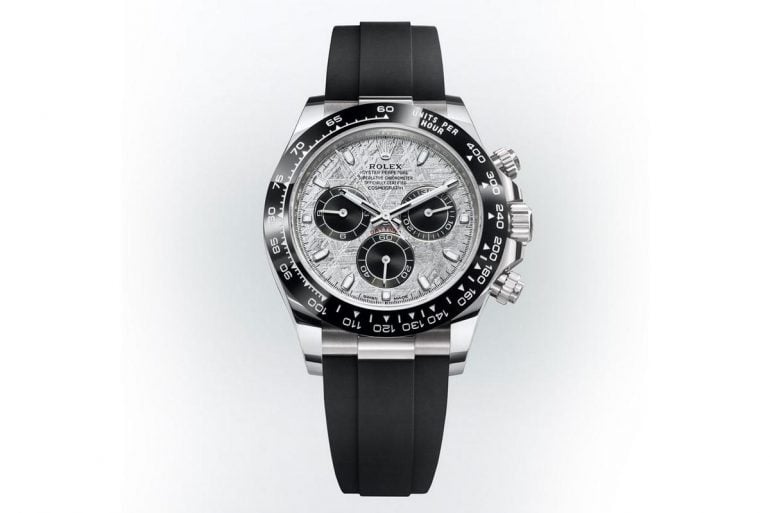 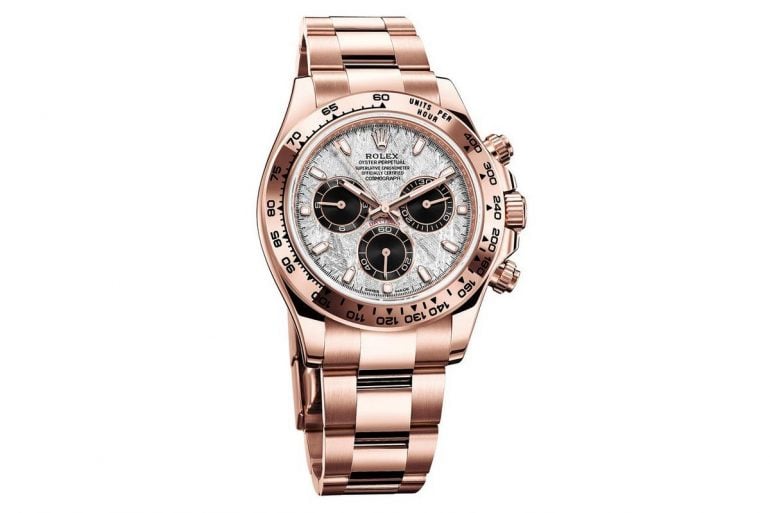 All three variants maintain the 40mm case size and the caliber 4130 movement that has been consistent with recent Daytonas. The meteorite dial is the key ingredient in the mix, though. One must note that this isn’t the first Rolex Daytona with the rare material making up the dial. Ref. 116509 came with it a while ago, but also with the less attractive steel casing and roman numerals, which aren’t everyone’s favorite feature in contemporary timepieces. The three black subdials at 3, 6, and 9 o’clock look beautiful. 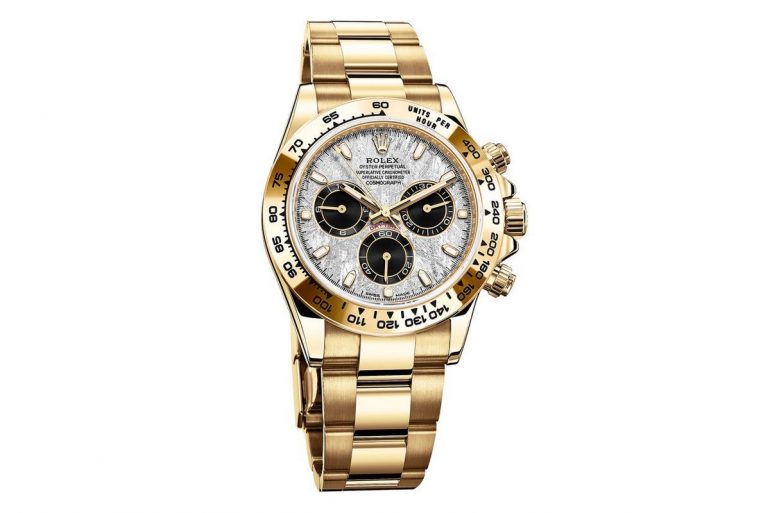 Being a Cosmograph, you get a chronograph with 12-hour, 30-minute, and 60-second totalizers). These Daytonas also employ a Parachrom hairspring and a Paraflex shock system, which are proprietary to Rolex. You also get a 72-hour power reserve and a Rolex Superlative Chronometer (COSC + Rolex) certification. All three variants are submergible up to 100 meters or 330 feet. 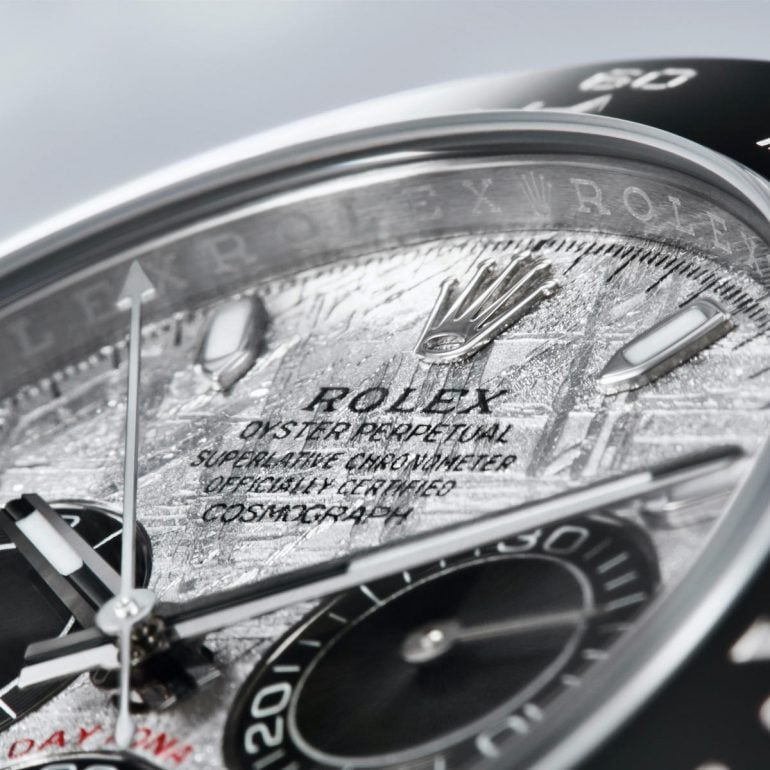 There reference numbers for the three out worldly models are as follows: 116519LN (White Gold), 116508 (Yellow Gold), and 116505 (Everose Gold). We’re quite sure that the White Gold variant will be the heartthrob of the pack. 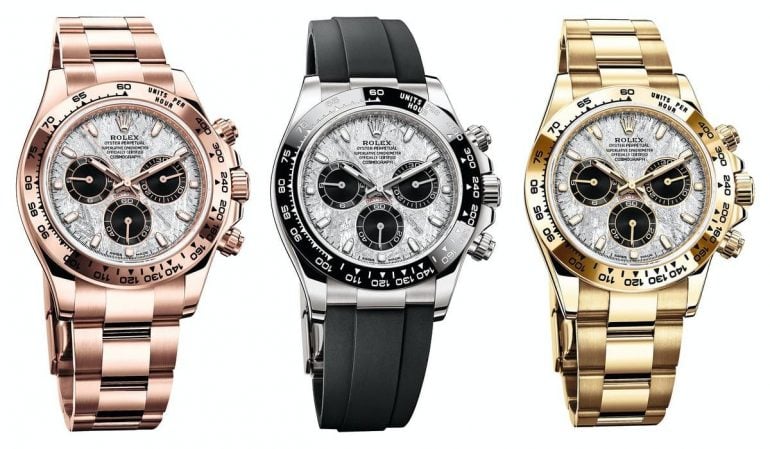 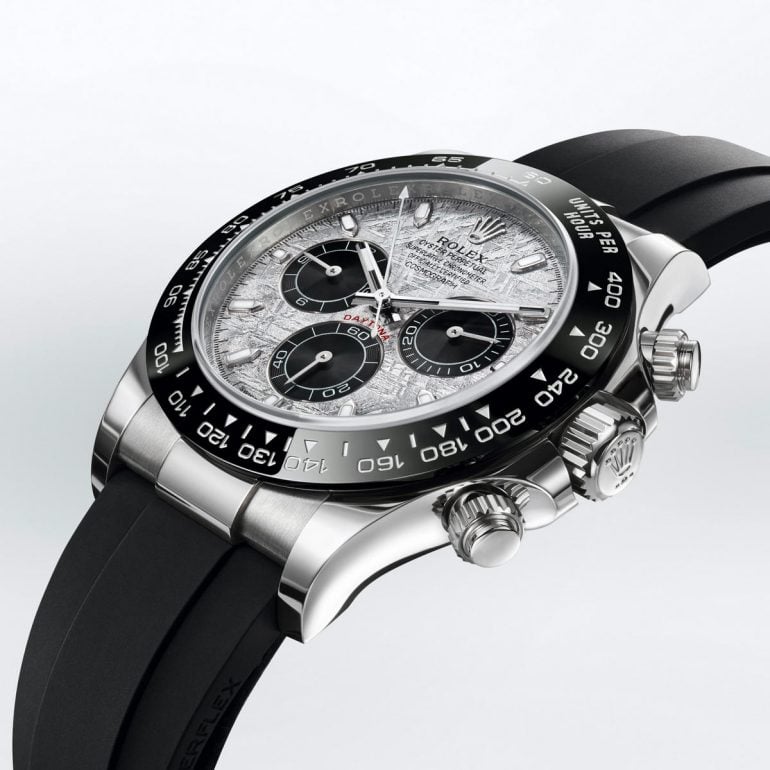