Staying true to its traditions of setting new horological world records, Italian jewelry and watchmaking house Bulgari has revealed the thinnest mechanical watch ever created. Behold the Octo Finissimo Ultra, a mechanical wristwatch that’s just as thin as two credit cards stacked together closely. Absolutely crazy! It’s the brand’s eighth record-breaking watch in eight years. Every year we think Bulgari has reached the limit of making the thinnest possible timepiece and they can’t go any further. But here we are with a mechanical watch that measures just 1.8 mm thick. Previously, the record was held by the Piaget Altiplano Ultimate Concept watch that debuted back in 2018 with a thickness of 2mm.

To create the world’s thinnest mechanical watch, Bulgari had to break all the traditional rules of watchmaking. Bulgari has filed a total of eight patent applications for the watch. All the components of the movement powering the watch had to be compressed into one single plane that seamlessly merges with the case. The brand’s workshops in Vallée de Joux and Neuchâtel worked closely with movement development specialist Concepto in La Chaux-de-Fonds, and it took no less than three years to create the masterpiece. To make it as thin as physically possible, all the 170 components of the BVL Calibre 180 are arranged directly onto the caseback, which essentially eliminates the need of a separate mainplate for the movement.

A watch that’s just 1.8mm will be very fragile. However, Bulgari used special materials along with clever structural design to add rigidity to the Octo Finissimo Ultra. The caseback is made of tungsten carbide. The alloy of tungsten and carbon is known for being dense and hard. On the other hand, the bezel, lugs, and bracelet are all made in lightweight titanium with a sandblasted finish. The watch is so thin that it can accommodate a regular crown. Instead, the Octo Finissimo Ultra has a pair of rotary knobs located on opposite sides of the case that are nothing but exposed gears. The crown on the right can be used to adjust the time, while the one on the left recharges the mainspring barrel. The whole mechanical dance is completely exposed to be seen by the wearer. It’s so incredible that the movement that measures just 1.5mm offers a power reserve of 50 hours. 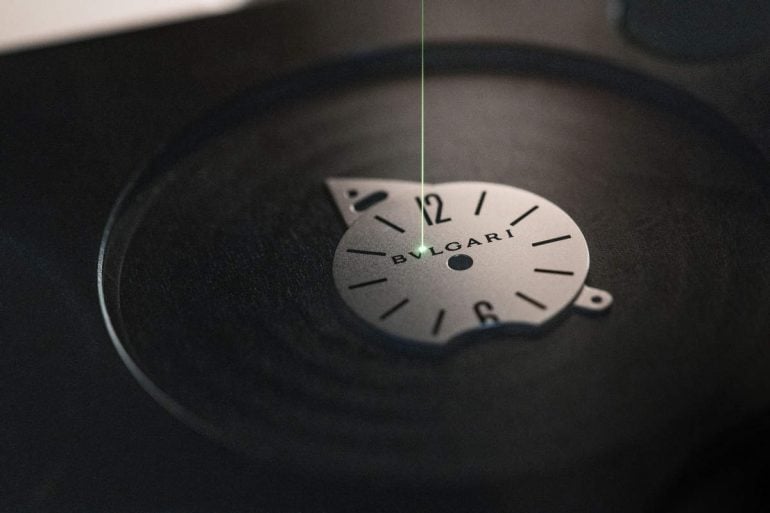 The watch features an integrated bracelet made of titanium, which is also so thin that it measures half as thick as the bracelet supplied with the Octo Finissimo Ultra. Additionally, there’s a QR code laser etched onto the mainspring barrel linked to an NFT artwork by the watch’s designer, Fabrizio Buonamassa, exclusive to the timepiece. Only 10 examples of the record-breaking Bulgari Octo Finissimo Ultra will be made, priced at €400,000 (around $440,600) apiece. 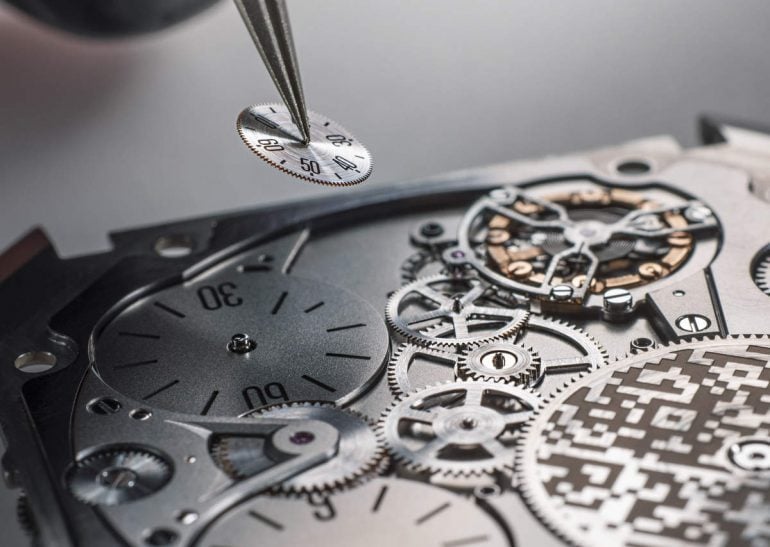 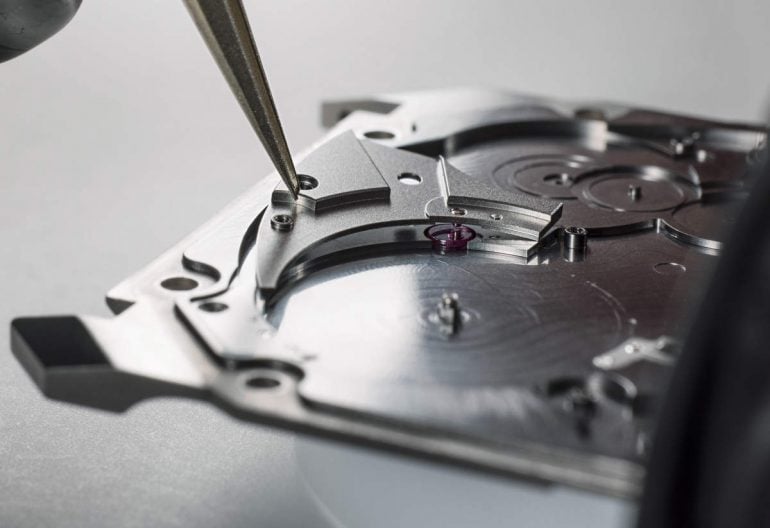 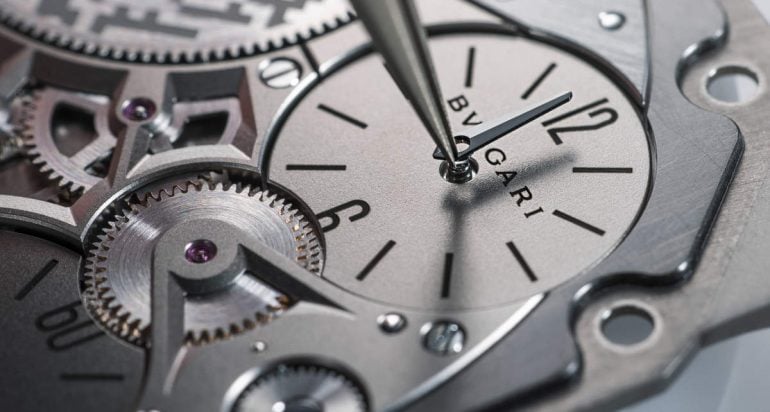 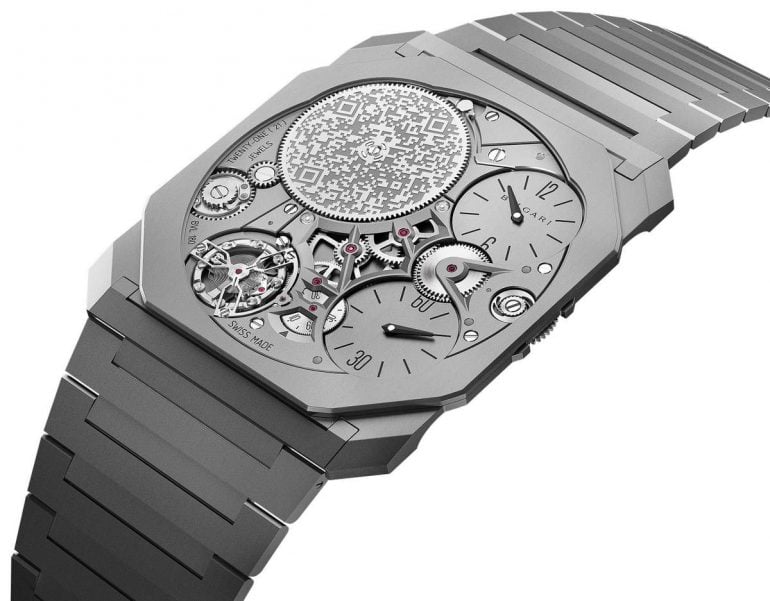 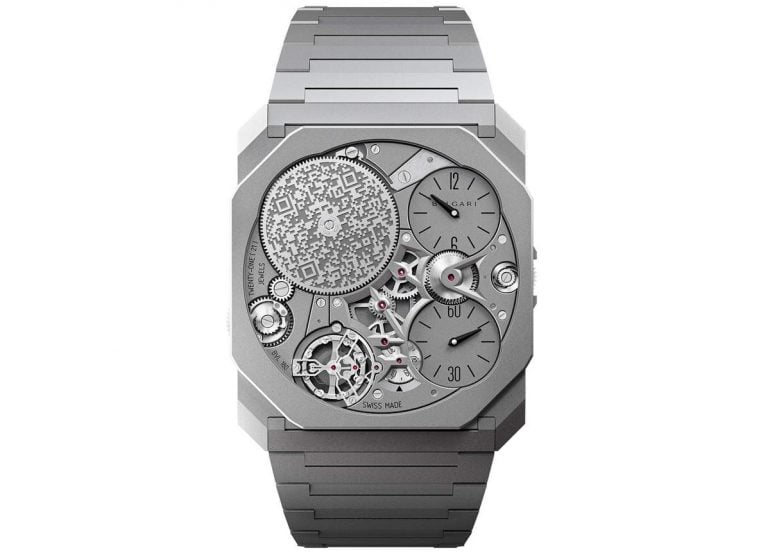 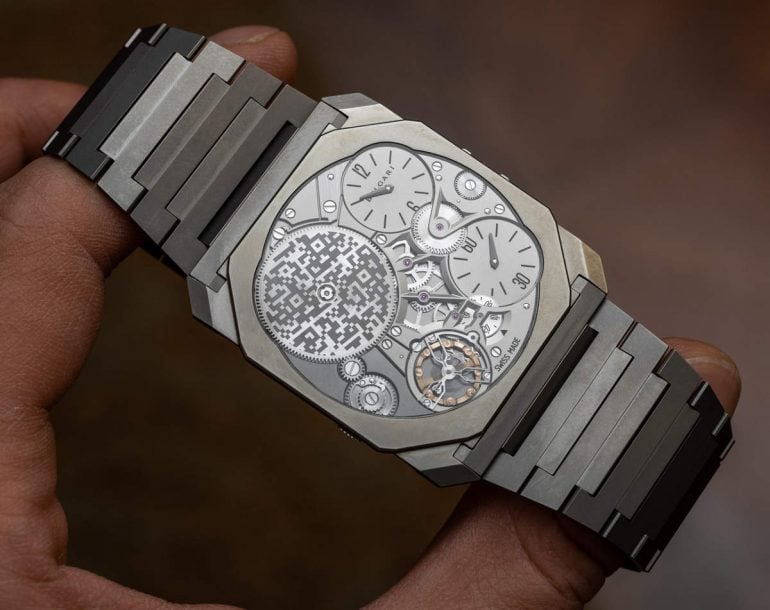 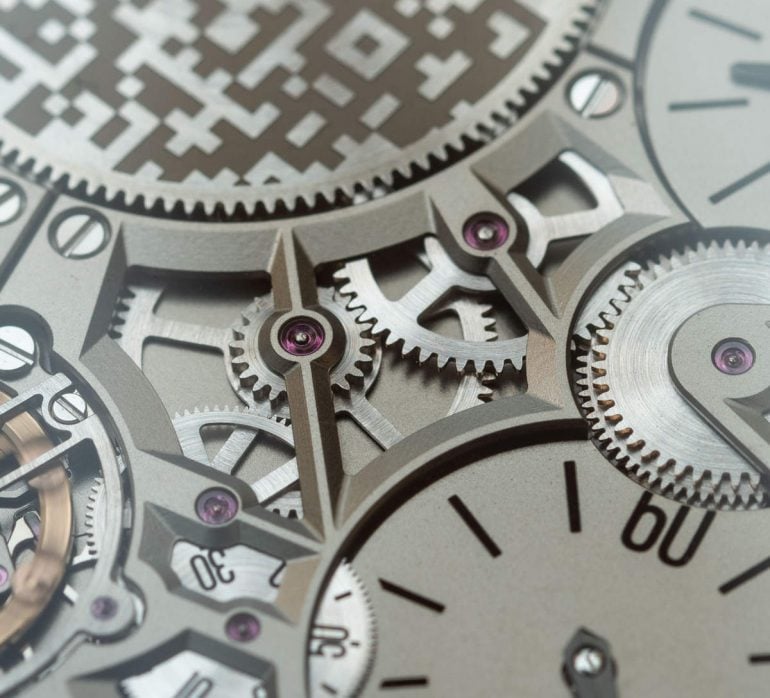 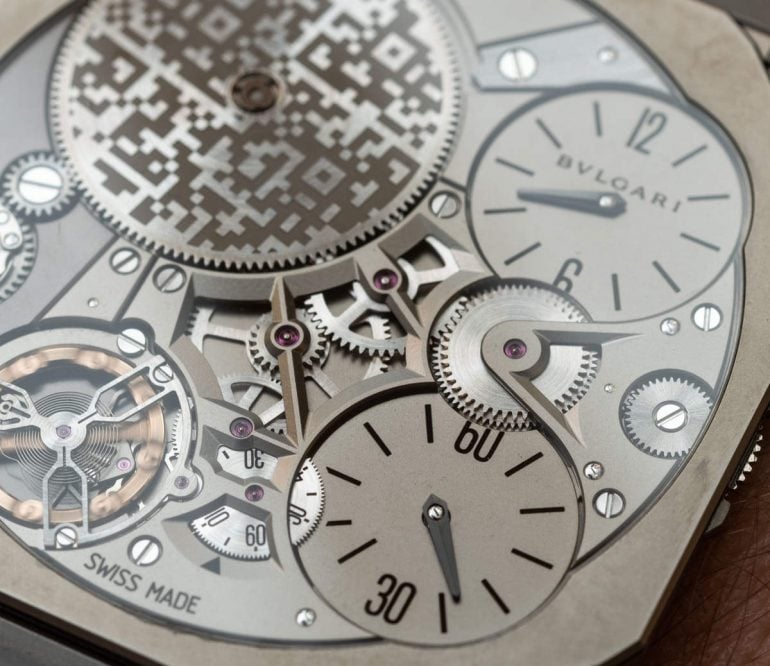 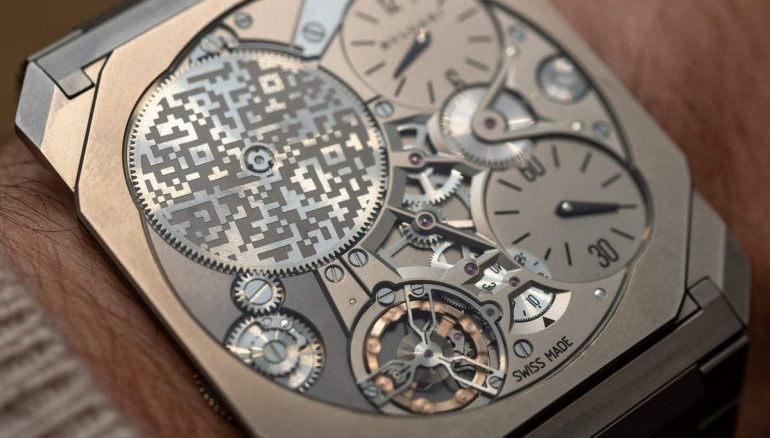